Mexican real GDP fell by 19.9% year- on- year in April. At the same time, industrial production plunged by 30% (the manufacturing component fell by more than 35%). In addition to the domestic impact of lockdown measures, economic activity has been hit by the fall in the oil price, disruption in supply chains, and the sharp decline in external demand (especially from the US) affecting both the export and tourism sectors. The Central Bank has lowered its policy rate (by 225 basis points since January, to 5%) and announced several series of measures aimed at supporting the economy, but this will not be sufficient to cushion the shock. Indeed, the government, preferring to stick to its fiscal austerity policy, has not announced a major fiscal plan to support the economy. All in all, we expect real GDP to decline by more than 10% in 2020.

Unlike other emerging countries, the ability of the Mexican economy to rebound appears limited. Growth forecasts for 2021 (less than 3.5%) and beyond are held back by the same factors that hampered recent economic performance before the crisis. The deterioration in the business climate, linked to the mixed messages sent by the government, will notably continue to weigh on investment. 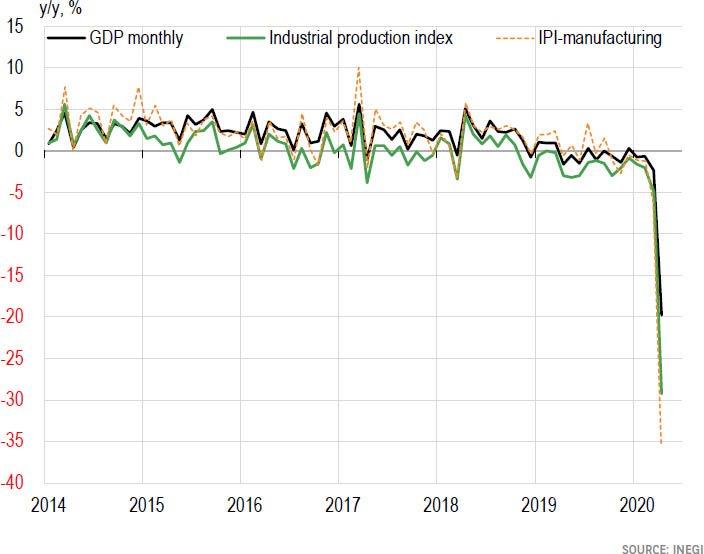 Macro considerations in the week ahead

The risk assets had been rallying since mid-March in anticipation of an economic recovery and fueled by the massive liquidity provided by central banks and the spending plans of governments.