Bank of Japan deploys over 10.94 trillion Yen in an attempt to hold its 10-year interest rate peg to 0.25 percent. 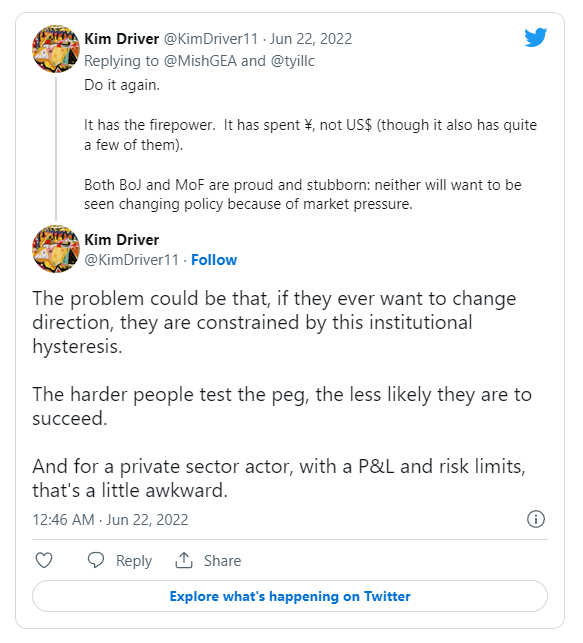 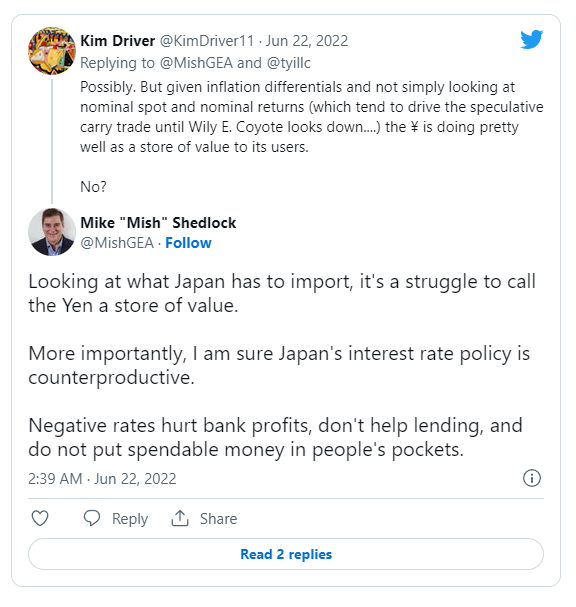 I think either the peg blows or the Yen blows.

1. Japan can defend its interest rate line by printing more money but at expense of the yen

2. Japan can defend the yen by hiking rates or by selling its reserves until reserves run out Japan has a nasty choice 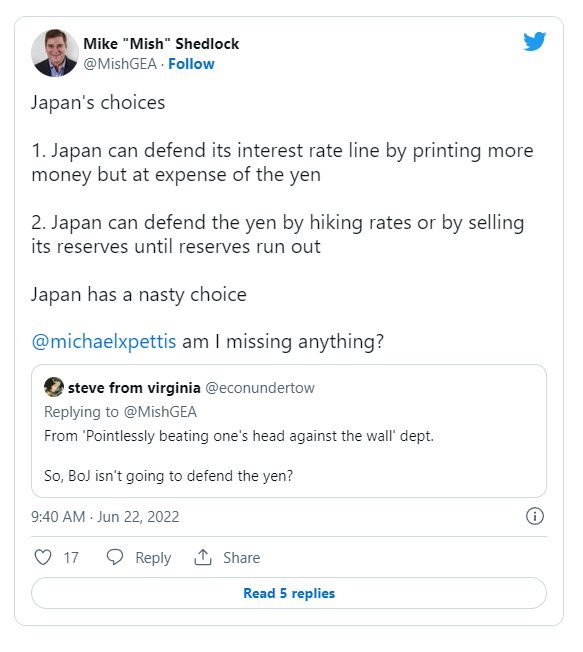 I received this email reply to the above Tweet from Michael Pettis.

"Looks right. I'd add that by weakening the yen, Japan seems always to support their exporters at the expense of their consumers, which may be why domestic demand is always so weak and growth so sluggish."

The smart thing for Japan would be to hike rates and let the Yen strengthen.

Instead, if they stay on the same path, the yen might blow up.

All of Japan's efforts to achieve growth by inflation and exports have backfired. One might think that after 40 years they would try something else.

The single worst choice for Japan would be to blow its currency reserves in an attempt to defend both the Yen and its interest rate peg.

Japan, China, and Germany all want to strengthen exports. Trump did too, resorting to tariffs that backfired.

Mathematically, everyone cannot be an exporter.

The ECB has a similar problem compounded by a fundamentally flawed euro with no way to fix it. 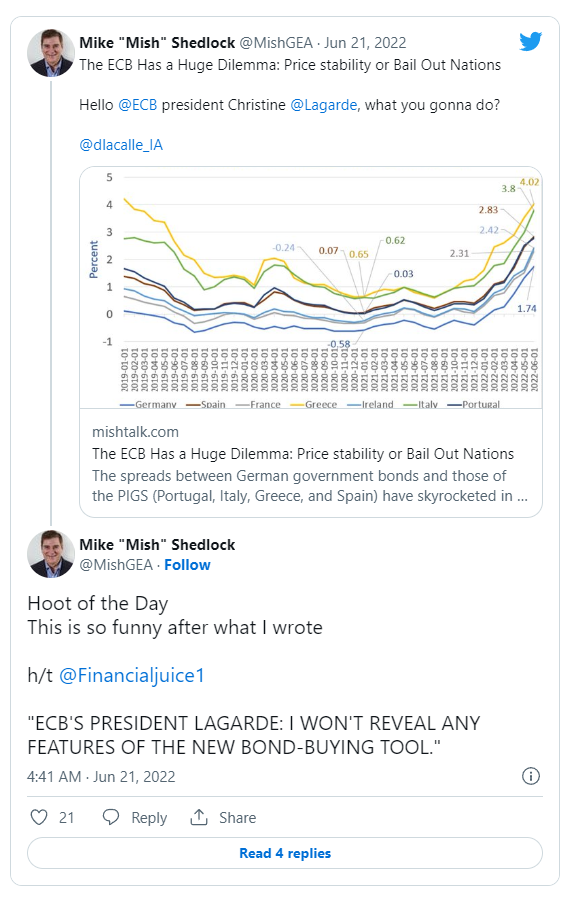 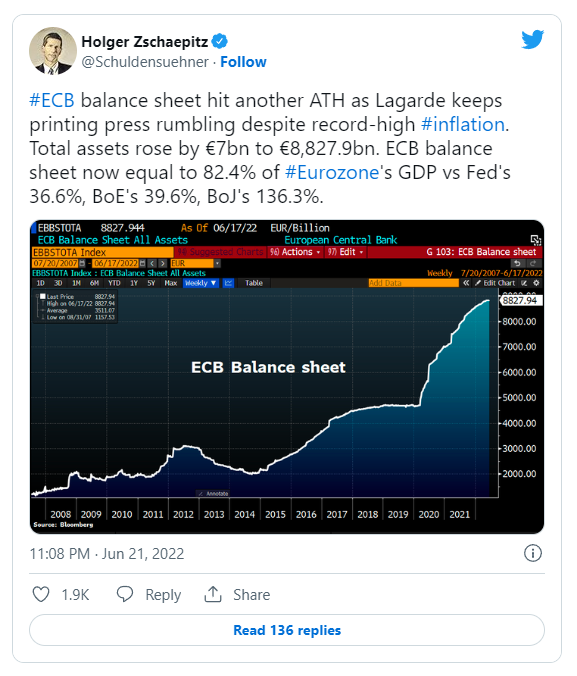 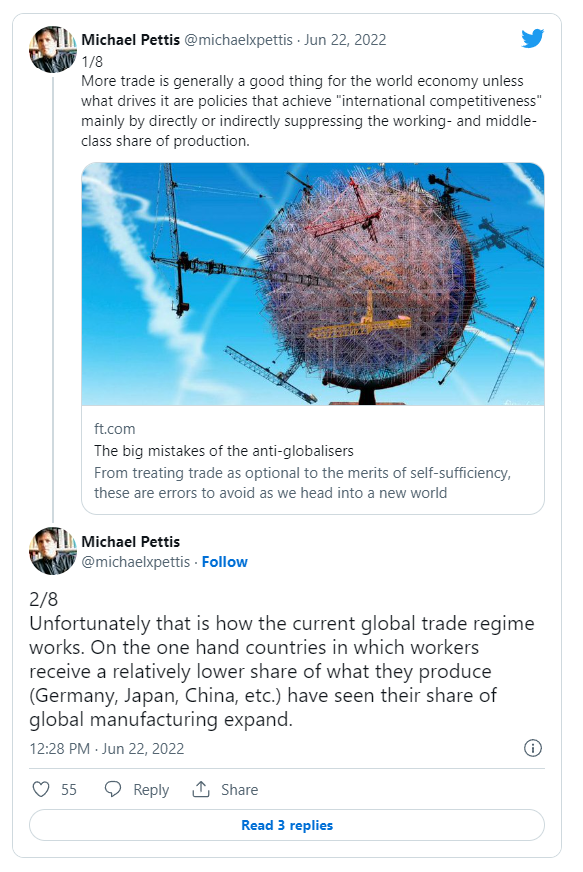 And if you think China will be a growth savior, with its imploding property bubble and dependence on exports headed into a global recession, think again.

For more discussion of the Eurozone  please see The ECB Has a Huge Dilemma: Price stability or Bail Out Nations