Italian stocks were back in focus as the spotlight returns to Italian politics. The Italian FTSE MIB lagged its European peers, dropping over 1% across the morning, whilst Italian bonds also sold off as the Italian populist coalition teetered on the brink of collapse. Bank stocks, which are particularly sensitive to political instability dropped over 3% ahead of Italian PM Giuseppe Conte’s address to senate.

Conte gave a blistering attack on Matteo Salvini ( coalition partner and leader of the League), before confirming that he will hand his resignation in later today. Conte made clear that the coalition between the 5 Star and the League is well and truly over.

Whilst Italy is well known for its political instability, the prospect of an election every year would not be well received by the markets. An autumn election would be problematic, as this is when the Italian fiscal budget needs to be agreed with the EU. We only have to think back to the turbulence last year and that was without the additional complication of an election.

Conte offering his resignation has helped calm the markets. An election is not a done deal. The 5 Star Movement (the other coalition party) could form a government with Democratic Party. As a result, the FTSE MIB is clawing back earlier losses after rebounding off the 200 DMA, a key level which has offered support to the FTSE MIB on several occasions since February. Bond yields are falling and banking stocks are clawing back some of the 3% losses.

However, this is by no means the end of the political disruption in Italy. Salvini is has made it clear that he is anti-immigration and in favour of courageous fiscal policies – a pledge which means that there will almost certainly be problems again when the budget needs to be agreed with the EU. Investors will remained glued to political developments.

The FTSE Mib rebounded off its 200 dma and has pared losses significantly. Resistance can be seen at 20735. On the downside support exists around 20400. 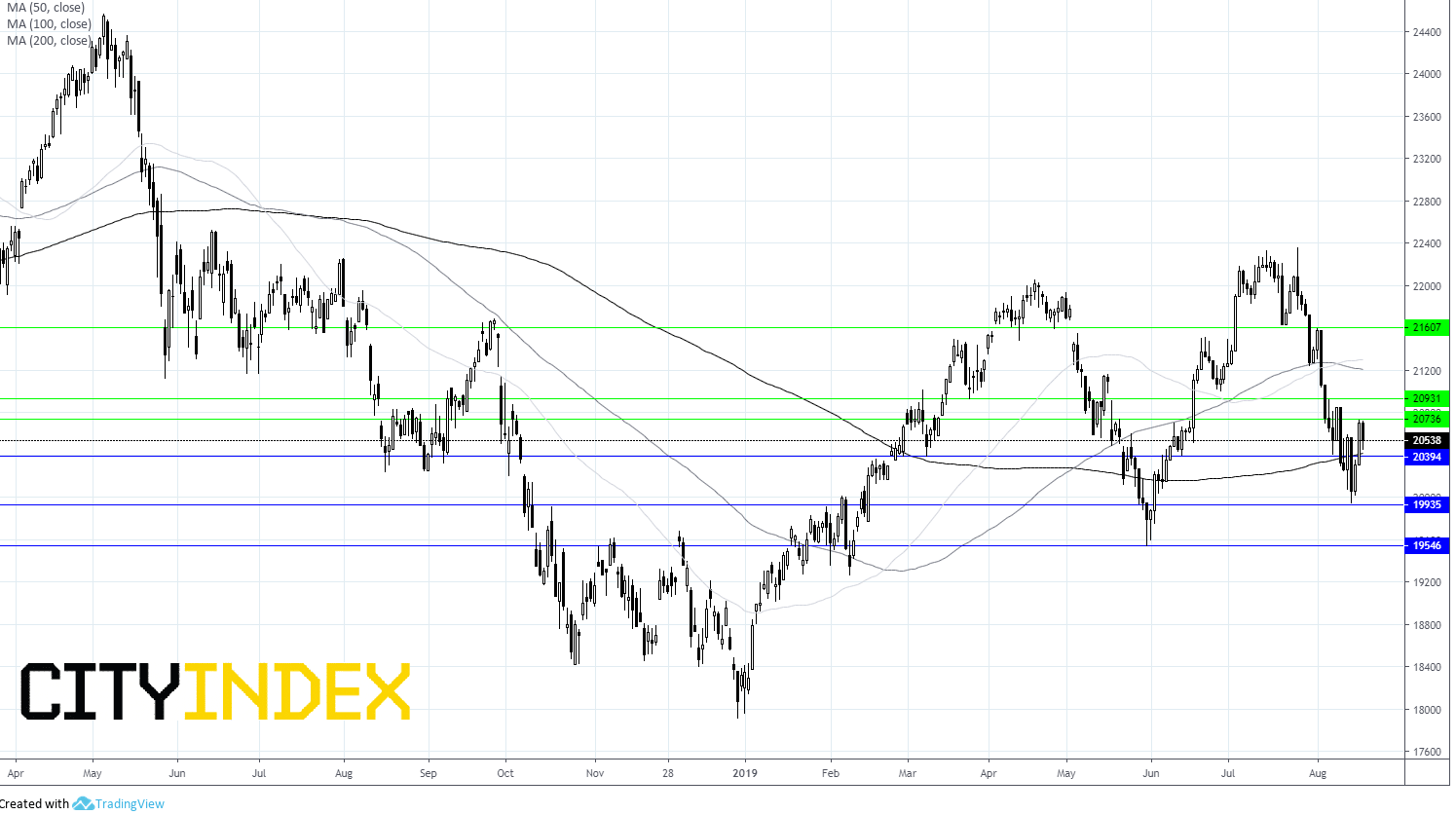