Gold struggles to hold onto its gains as the US dollar pushes towards fresh year-to-date highs.

The recovery has met stiff selling pressure near 1830, a supply zone from last June’s sell-off. The RSI divergence was a sign that the rally was losing steam. The subsequent break below 1805 came in as a confirmation that the bears were still around.

Below the psychological level of 1800 gold would be vulnerable to a new round of sell-off with 1770 as the target. 1824 is the resistance to break before a rebound could materialize.

The breakout below the critical daily support at 0.6920 reveals a lack of buying interest. Those who bought the dip have bailed out as the rebound failed to gain traction.

Bearish sentiment may push the pair towards 0.6820 once momentum comes back.

In the meantime, the RSI has recovered to the neutrality area. A limited bounce may lift the price to the key resistance at 0.6990 where sellers would be waiting to jump in.

The pound tumbles as the UK’s reopening hangs on a thread after a spike in the so-called ‘pingdemic’.

The euro has successfully bounced off 0.8500, a key support from April’s rally on the daily chart. The rally above the resistance at 0.8610 indicates that buyers may have regained control of the direction.

The pair saw some selling pressure near 0.8670 as an RSI divergence was showing signs of exhaustion. A temporary pullback is necessary to let the bulls catch their breath. 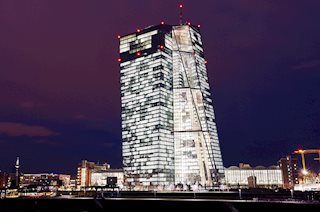