Credit for the chart idea itself goes to the St. Louis Fed. I downloaded the data and created my own charts to better hone in on the data. 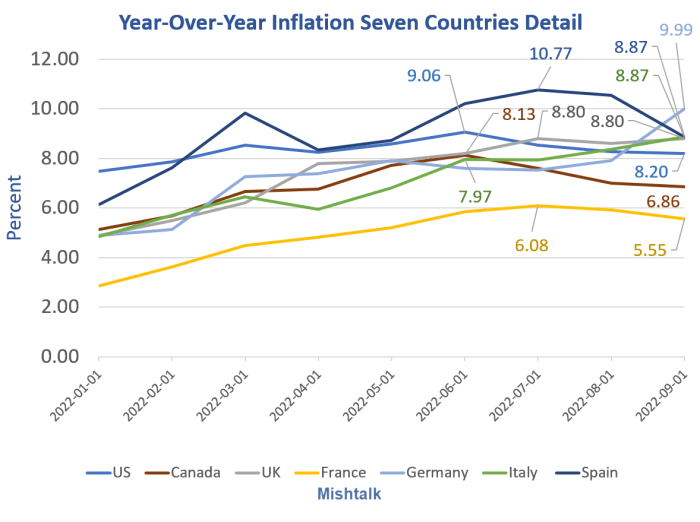 The EU lags badly when it comes to reporting most data releases. Data for the above charts is only through September.