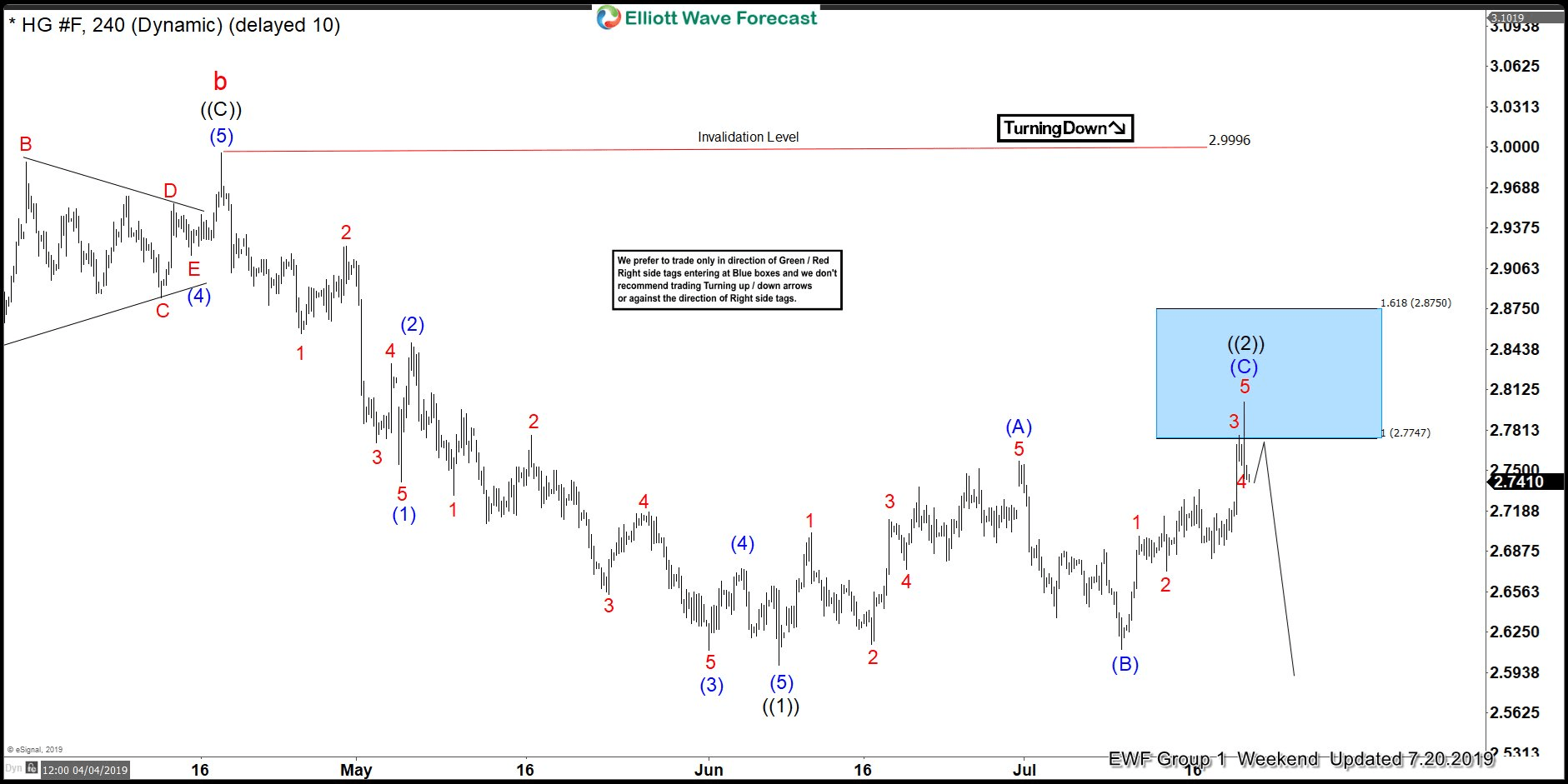 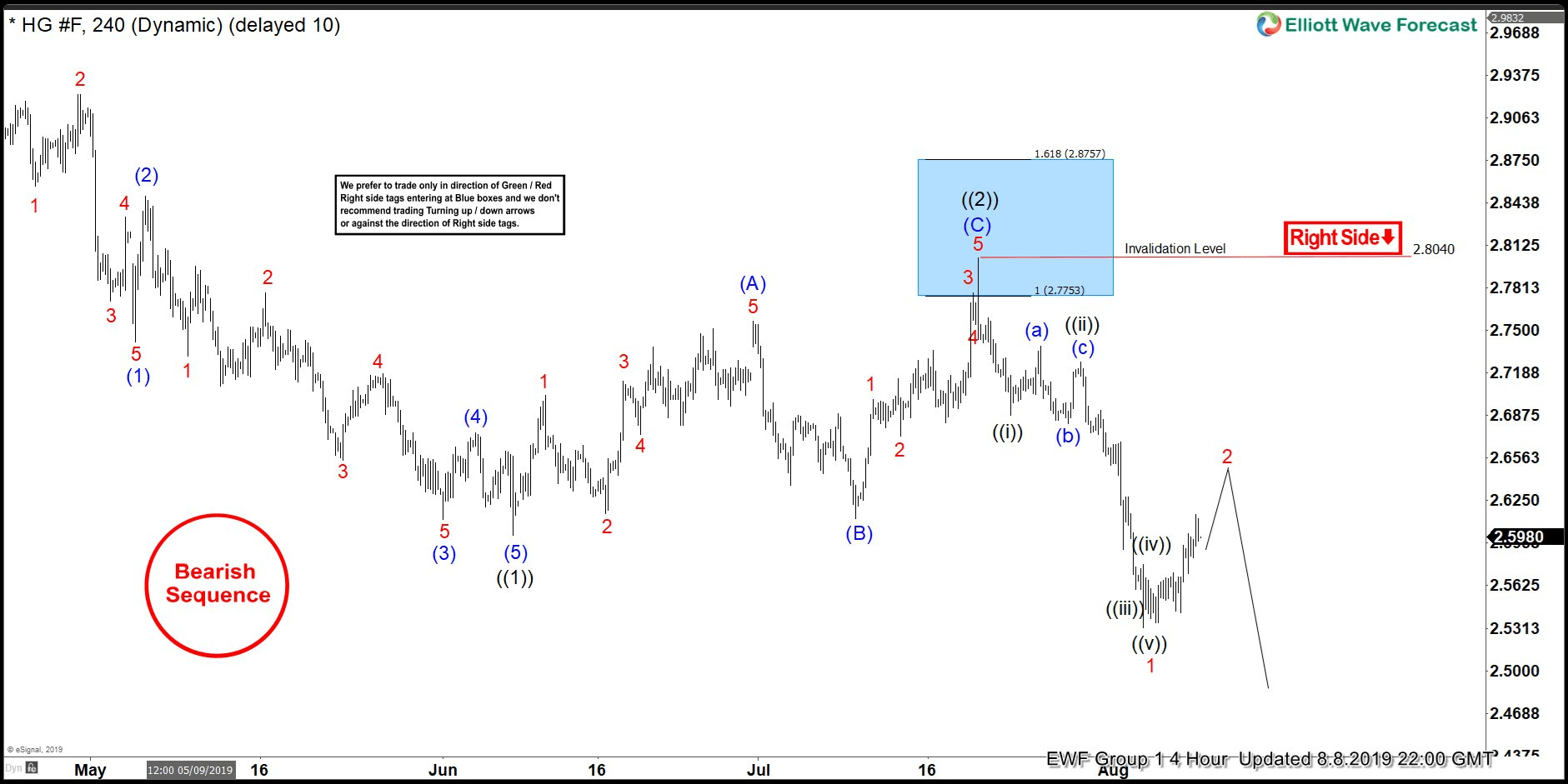 Chart above shows, Copper resumed the decline and went to break below 6.7.2019 low and now has an incomplete sequence down from 12.28.2017 peak and also down from 4.17.2019 peak. This is represented by a Bearish Sequence stamp on the chart and the red Right Side tag at 2.804 indicates that sequence is bearish against the said level. Decline from 2.804 peak could be counted as 5 waves impulse which has been labelled as wave 1 and we are now looking for a bounce in wave 2 before the decline resumes. Wave 2 corrective bounce should unfold in the sequence of 3, 7 or 11 swings and fail below 2.804 peak for extension lower. We don’t like buying the metal in proposed wave 2 bounce and expect the bounce to be sold for the next leg lower. 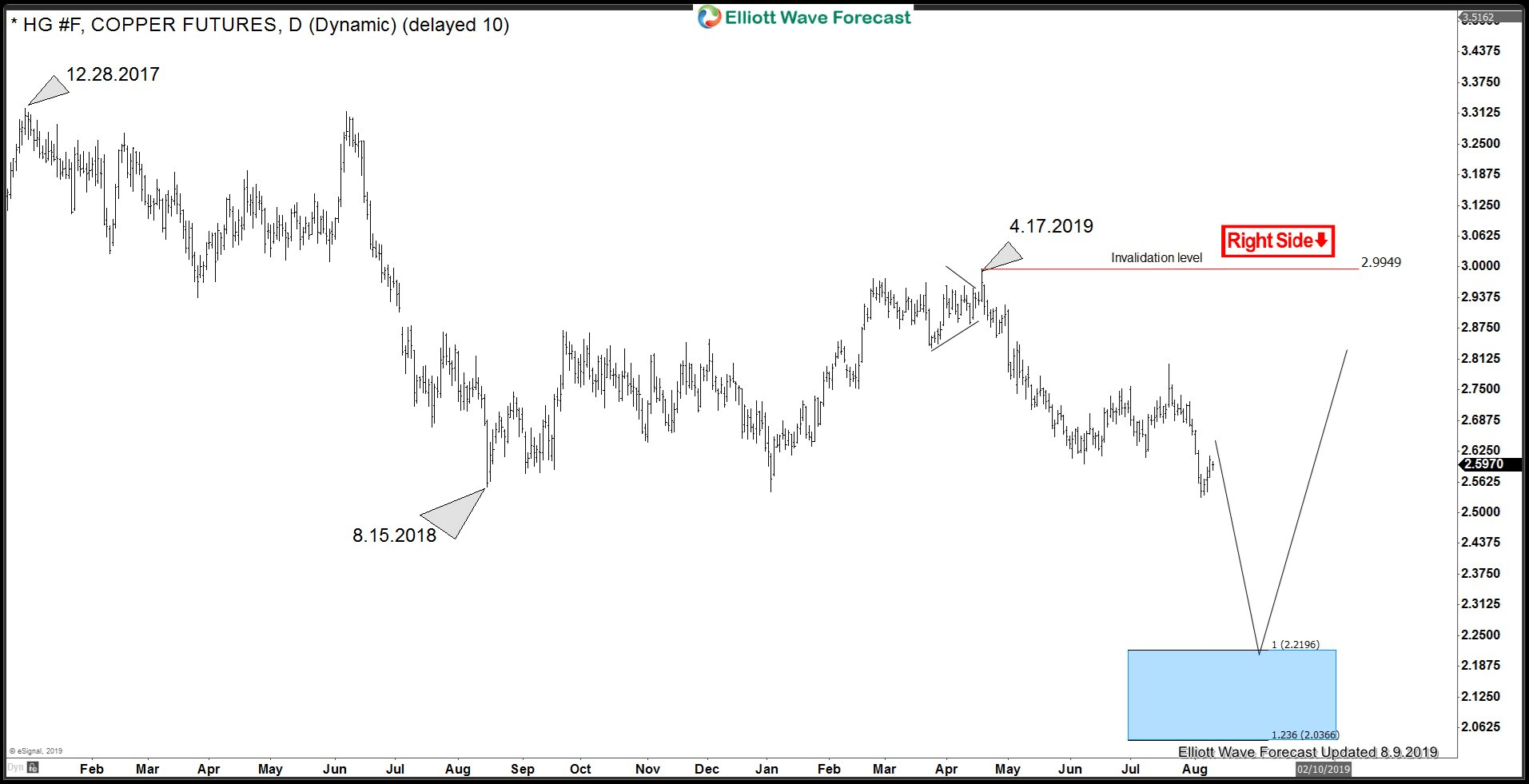 As bounces continue to fail below 2.804 peak, we expect more downside and it should ideally extend lower towards 2.219 – 2.0366 area and any rallies are viewed as a selling opportunity.