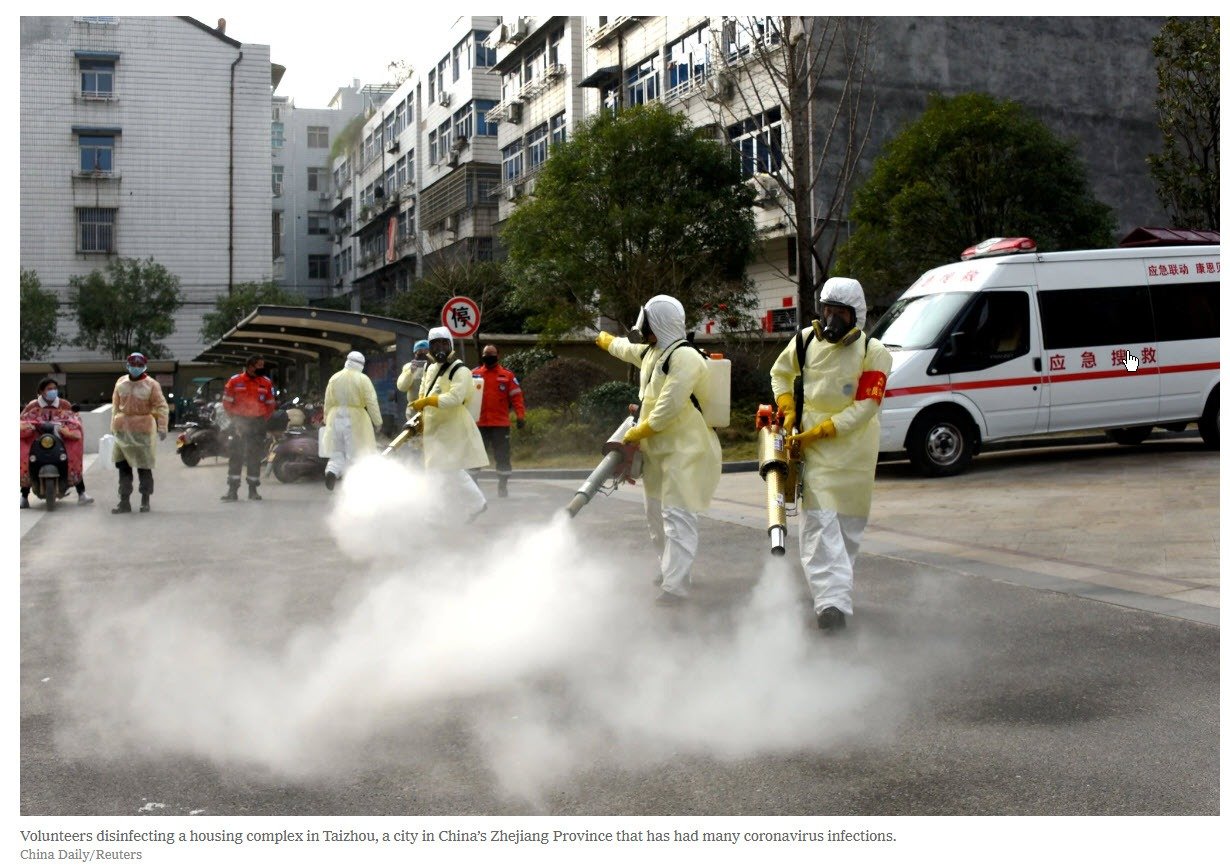 In China, 760M people are locked down. Apple just issued a warning. In Japan, there is a sudden spike coronavirus cases.

Apple is supply constrained and Revenue Projections Will Fall Short Due to Coronavirus.

Apple Inc. became the first major U.S. company to say it won’t meet its revenue projections for the current quarter due to the coronavirus outbreak, which it said had limited iPhone production for world-wide sales and curtailed demand for its products in China.

Apple had last month projected record revenue for the current quarter of between $63 billion and $67 billion, which it said was a wider than normal range due to the virus. The technology giant on Monday didn’t provide an updated sales estimate, saying that the situation in China is evolving. It said it would provide more information when it holds its earnings call in April.

The difficulties are extending into supply chains around the world. Volkswagen AG said Monday it would postpone production restarts at some Chinese plants for another week. Fiat Chrysler Automobiles NV last week said it temporarily halted production in Serbia because it could not get parts from China, which continues to deal with manufacturing delays as it seeks to contain the spread of the virus.

A sudden spike in new coronavirus cases was confirmed among attendees at a New Year's party for independent taxi drivers held on a traditional "yakatabune" river tour boat in the capital.

The Tokyo Metropolitan Government says the virus may be spreading in the capital, as people not at the party -- including an office worker and a chauffeur -- were also confirmed infected, and is calling for measures to prevent transmission. It provided information on the route of infection among party attendees at a Feb. 16 press conference.

The New Year's party was held on Jan. 18 by a branch of a private taxi union based in Tokyo's Jonan area, and was attended by about 70 taxi drivers and their families who dined on the boat. However, the windows were shut due to heavy rain, creating a confined space with insufficient ventilation -- the kind of environment where disease spreads more easily.

An independent taxi driver in his 70s, who participated in the party along with his wife, had tested positive in Tokyo. He is the son-in-law of a woman in her 80s from Kanagawa Prefecture, south of Tokyo, who died on Feb. 13 -- Japan's first confirmed fatality from the COVID-19 illness.

Two people who were not on board the tourist boat also tested positive for the new virus: a female employee with the union branch in her 50s, who had contact with the taxi driver at work, and a doctor in his 60s at Makita General Hospital in Tokyo's Ota Ward.

Lockdown Hits 760 Million, Half of China

In case you still want to compared this to the flu, at least 760 million people are Locked Down in China according to a New York Times analysis of government announcements in provinces and major cities. That's more than half the country’s population.

Housing complexes in some cities have issued the equivalents of paper hall passes to regulate how often residents leave their homes. Apartment buildings have turned away their own tenants if they have come from out of town. Train stations block people from entering cities if they cannot prove they live or work there. In the countryside, villages have been gated off with vehicles, tents and other improvised barriers.

At a high-speed rail station in the eastern city of Yiwu this past week, workers in hazmat suits demanded that passengers send the text messages that show their location data before being allowed to leave.

An app developed by a state-run maker of military electronics lets Chinese citizens enter their name and national ID number and be told whether they may have come in contact, on a plane, train or bus, with a carrier of the virus.

In Zhejiang, one of China’s most developed provinces and home to Alibaba and other technology companies, people have written on social media about being denied entry to their own apartments in Hangzhou, the provincial capital.

The eastern city of Nanjing requires anybody who takes a cab to show ID and leave contact information. Yunnan Province wants all public places to display QR codes that people must scan with their phones whenever they enter or exit.

Chen Guangsheng, the deputy secretary general of Zhejiang’s provincial government, called it “inappropriate” that some places had employed “simple and crude practices,” like locking people into their homes to enforce quarantines.

Other than 760 million people in some form of lockdown, supply disruptions, warnings from carmakers and phone makers, this is still no worse than the flu.

After all, deaths are only 1,868 (assuming you actually believe that number).

If this takes off in Tokyo, look out.

Virus Probably With Us Beyond 2020 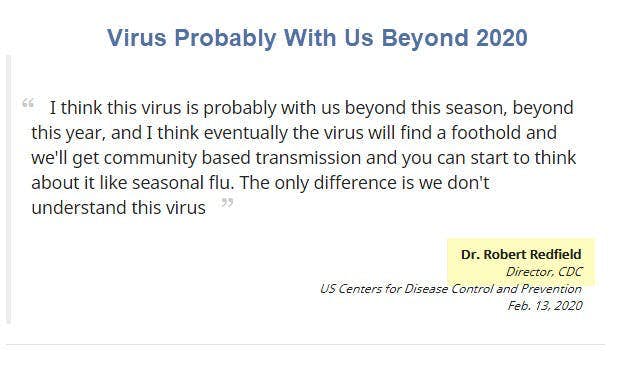 The above from Coronavirus Expert Opinions.

CDC director Dr. Robert Redfield says "I think this virus is probably with us beyond this season, beyond this year, and I think eventually the virus will find a foothold and we'll get community based transmission and you can start to think about it like seasonal flu. The only difference is we don't understand this virus."

Finally, please consider Coronavirus Tweets of the Day on many facets of the disease.

The market mood remains upbeat, with the dollar down and Gold resuming its rally. The precious metal is getting comfortable above $1,650., Spain, France, and Germany continued reporting encouraging coronavirus figures in both the number of infections and deaths.