Following the sharp decline witnessed on Friday, August 6, on the impressive July jobs report from the US, the XAU/USD pair started the new week on the back foot and plunged to its weakest level since late March at $1,687. Nevertheless, gold managed to erase a large portion of its losses in the second half of the day on Monday and settled near $1,730 before staging a rebound in the remainder of the week. After rising more than 1% on Wednesday, XAU/USD stayed calm on Thursday and continued to push higher on Friday and ended up closing the week in the positive territory above $1,770.

The unabated USD strength at the start of the week caused XAU/USD to extend its slide. Supported by rising US Treasury bond yields, upbeat data and hawkish Fed commentary, the US Dollar Index (DXY) continued to rise toward 93.00. The data from the US showed on Monday that JOLTS Job Openings advanced to a series high of 10.1 million in June. Furthermore, Atlanta Federal Reserve Bank President Raphael Bostic said that the Fed could start to reduce asset purchases between October and December, while Richmond Federal Reserve Bank President Thomas Barkin added that the Fed has made substantial further progress towards the taper benchmark.

On Wednesday, however, the greenback came under modest selling pressure after the July inflation report and opened the door for a gold rebound. The Core Consumer Price Index (CPI), which excludes volatile food and energy prices, declined to 4.3% on a yearly basis in July from 4.5% in June. Following this report, the benchmark 10-year US Treasury bond yield fell sharply and the DXY snapped a three-day winning streak.

On Thursday, gold fluctuated in a relatively tight range around $1,750 as the US data failed to trigger a noticeable market reaction. The US Department of Labor reported that Initial Jobless Claims declined by 12,000 to 375,000 in the week ending August 7 and the US Bureau of Labor Statistics announced that the annual Producer Price Index (PPI) for final demand jumped 7.8% from 7.3%.

Finally, the USD selloff ahead of the weekend helped XAU/USD build on its recovery gains. The University of Michigan’s Consumer Sentiment Index slumped to its lowest level in nearly a decade at 70.2 in August’s preliminary reading and the DXY lost more than 0.5% on a daily basis. Moreover, the more-than-4% decline in the 10-year US T-bond yield didn’t allow the USD to find demand.

The July Retail Sales report from the US on Tuesday will be the first high-tier data release of the week. Investors expect sales to contract by 0.2% on a monthly basis in July following June’s expansion of 0.6%. Although a disappointing print could weigh on the USD, the market reaction is expected to remain short-lived with investors likely staying on the sidelines ahead of the Jackson Hole symposium.

On Wednesday, July CPI data will be featured in the European economic docket and a significant reaction in the EUR/USD pair could impact the USD’s market valuation. Later in the day, the FOMC will release the minutes of its July meeting. Market participants will look for fresh clues regarding the timing of asset tapering. In case this publication confirms that the Fed will go into a tightening path before the end of the year, the greenback could start to outperform its rivals and force XAU/USD to turn south.

The weekly Initial Jobless Claims report will be the last data release of the week from the US. 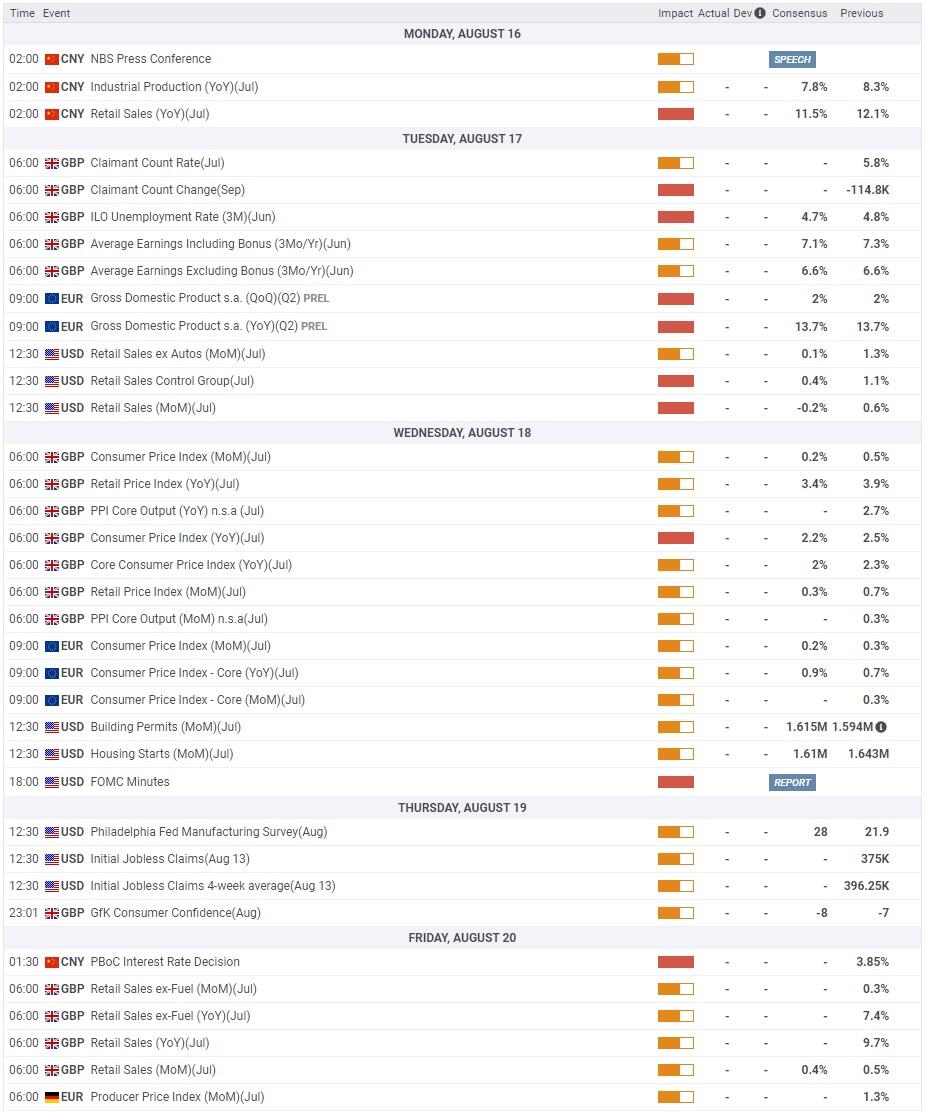 With the decisive rebound witnessed in the second half of the week, gold’s near-term outlook seems to have turned neutral with the Relative Strength Index (RSI) indicator on the daily chart rising to the 50 area.

According to the FXStreet Forecast Poll, gold is widely expected to move sideways in the near term with an average price target of $1,772 in the one week view. However, there is an apparent bearish shift in the one month view with a majority of experts expecting gold to trade below its current level by mid-September. 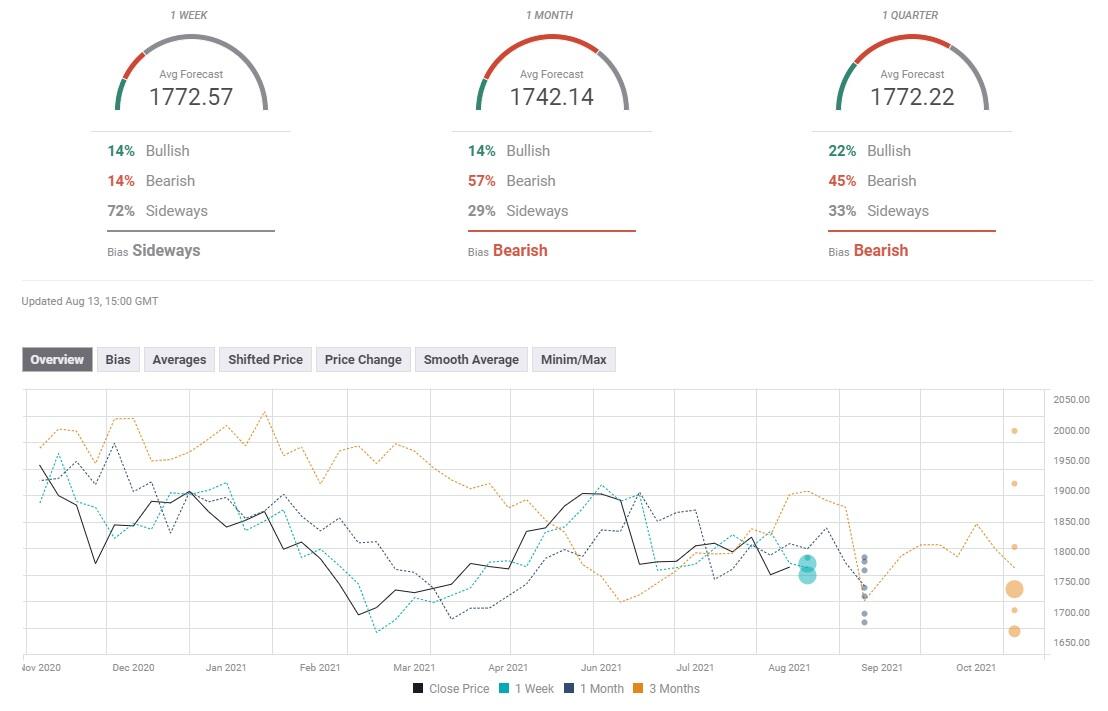