Market Summary: The S&P 500 was up 0.19% yesterday. Gold was the top performing asset, up 0.61%. Small caps also performed well, leading all equity markets and moving higher by 0.38%. Interest rates fell 3 basis points on the 10-year Treasury note. Commodities were also down, as the CRB index fell -0.52%. Oil was the biggest loser, as Brent crude oil dropped -0.76%. 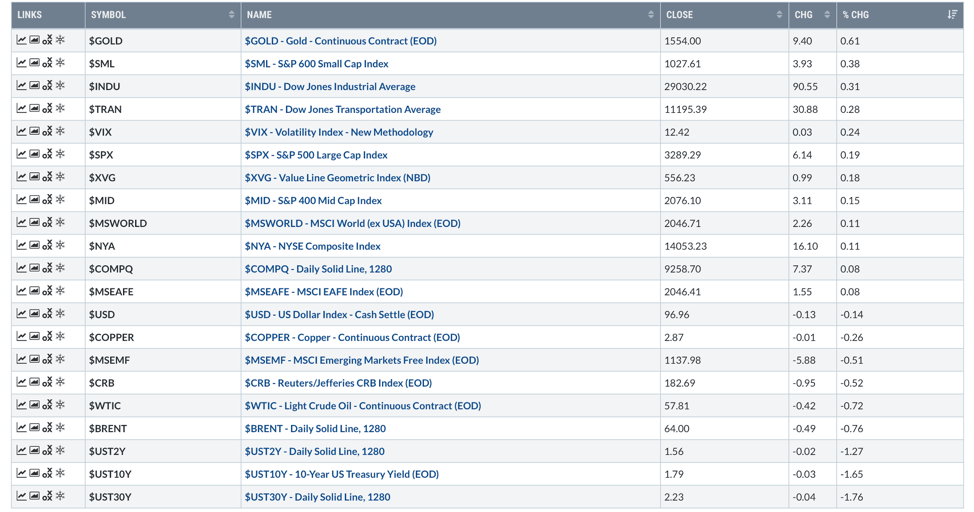 Economic Data: A ton of economic data was released yesterday. Mortgage applications surged over 30% last week, led by refinances. Purchasing applications were also up which is a good sign for the housing market. PPI was up 0.1% month-over-month, actually under expectations. On a year-over-year basis, PPI is up 1.3%. The NY Empire State Manufacturing Index was also released yesterday, moving up to 4.8 from 3.3 previously. This also beat expectations and is an indication that manufacturing data has potentially stabilized in the U.S. 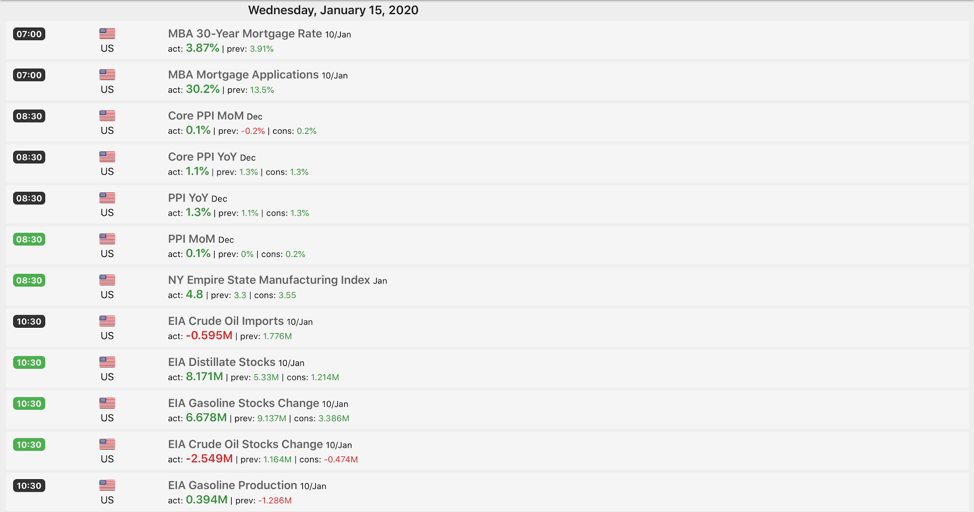 Utilities: Are defensive sectors about to make a comeback? With all the press about stretched market sentiment, it is interesting to note that utilities outperformed financials by almost 2% yesterday. This ratio is a good indication of defensive versus cyclical behavior. The ratio broke above its 200-day moving average in mid 2018, long before the market peak. It remained in a positive trend until November of 2019. The ratio held support recently and is rallying back towards its 200-day moving average. A break above would imply that a rotation back to defensives could be at hand.

Homebuilders: Homebuilding equities are back above their 200-day moving average relative to the S&P 500. Home building stocks were strong relative performers for the bulk of 2019 but corrected in the last quarter. The move higher today is a good sign that the housing market could be set up for continued strength.

Chart of the Day: Leading economic indicators are bottoming globally. Is the recovery going to be robust enough to keep the rally going? 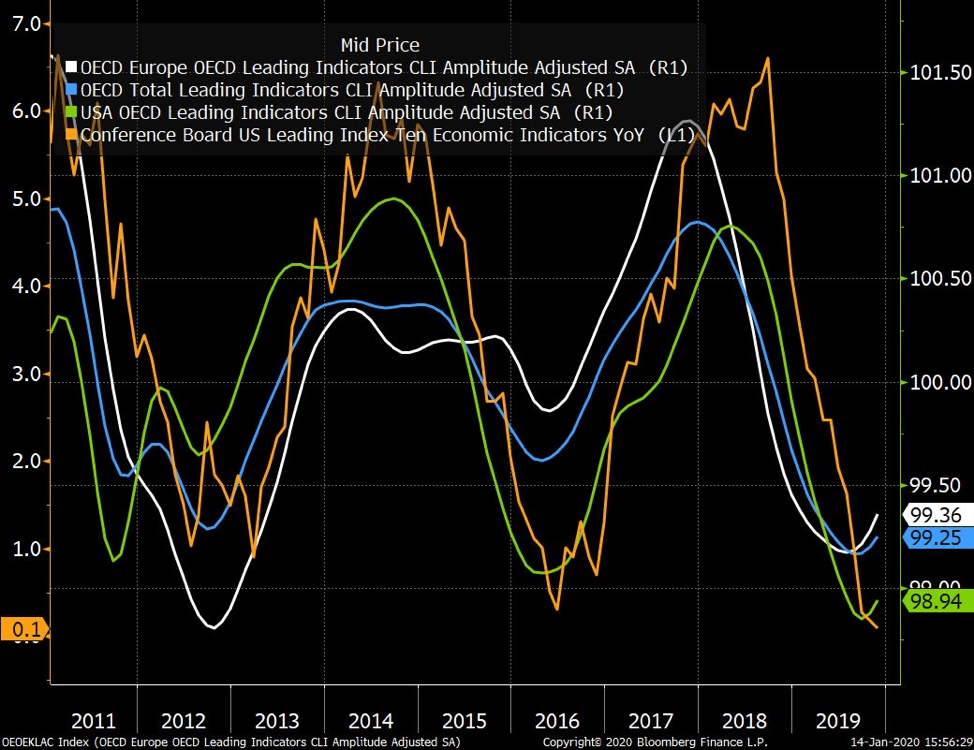 The impeachment lowdown: The seven House managers will return at 12 p.m. ET to read the articles aloud on the Senate floor. John Roberts, the chief justice, will be sworn in at 2 p.m. ET to preside over the trial. He'll swear in all 100 senators as jurors. Mitch McConnell said President Trump will get a formal summons to send his defense counsel, the first time the White House will participate.

Morgan Stanley may join peers with a significant jump in fixed-income trading, Bloomberg Intelligence said. Equities is a bigger portion of its business and more critical if it's to mirror JPMorgan and Goldman. The firm may provide details about staff cuts when it reports earnings today.

Core retail sales may have jumped in December, showing holiday shopping was crammed into the end of the year. Consensus is for a 0.4% gain after a flat November, with Bloomberg Economics predicting 0.5%. Weak auto and gas sales will probably hold back the headline number.

She said, he said. Elizabeth Warren accused Bernie Sanders of calling her a liar after the Democratic debate, audio released by CNN revealed. They continued a dispute that began before the debate, when she said he'd told her a woman couldn't be elected president in 2020. During the debate, he denied making the remark, while Warren reasserted he had. Here's a look at how supporters of Warren helped promote a hashtag ostensibly attacking her.

U.S. stock futures rose with Asian equities. European shares were steady. Tech shares were among gainers after TSMC's strong forecast. Treasuries, the dollar and gold were steady, while oil gained, trading around $58.