Gold rallied sharply today as stocks sold off for the second straight day after Donald Trump raised fresh doubts over the US-China trade deal. The US President suggested the deal may have to wait until after the US election in November 2020. The news weighed heavily on risk-sensitive currency pairs such as the USD/JPY and EUR/JPY, as safe-havens Japanese yen and Swiss franc rallied alongside precious metals.

At the time of writing, though, gold had reached a key technical level around $1481. So, it remained to be seen whether the metal would be able to rally further, or head lower again. I would re-instate my short-term bullish bias on gold in the event this level breaks and we go above the bearish trend line around $1495. Long-term, I maintain my bullish view regardless of any further short-term weakness given THAT bullish breakout from a 6-year consolidation in the summer. 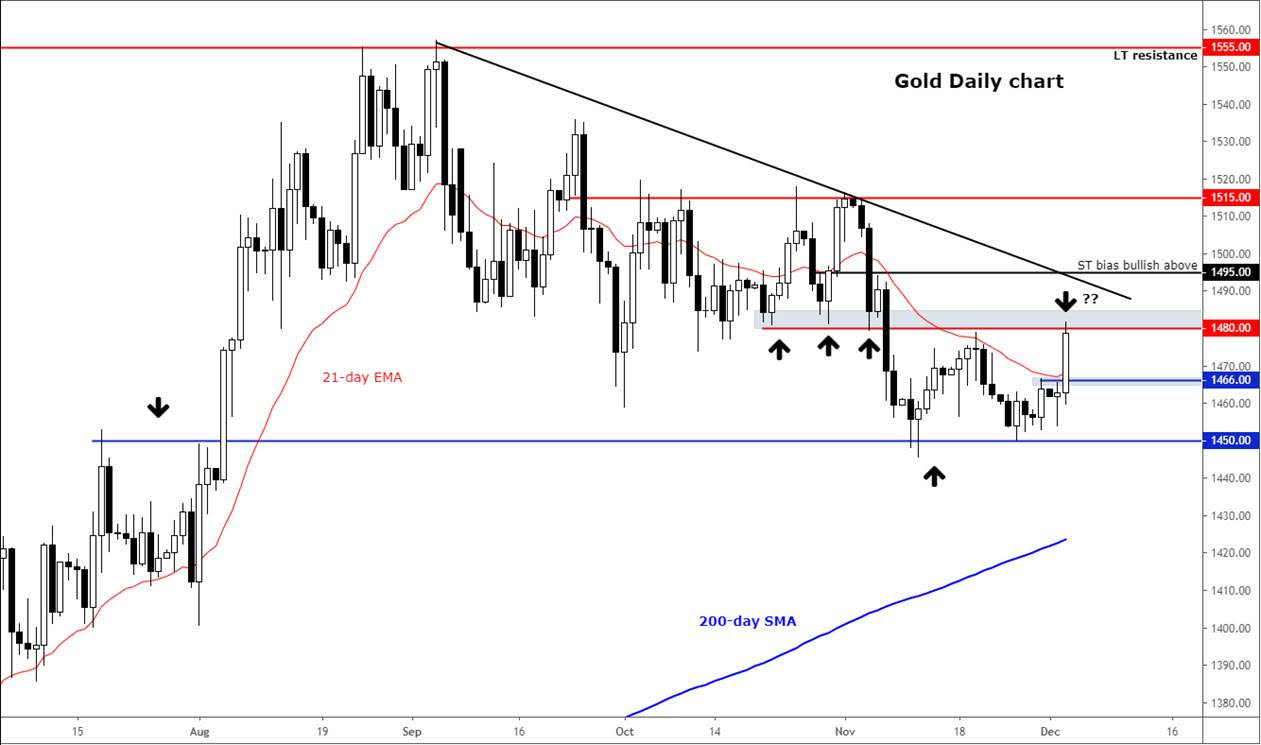 Meanwhile it is interesting to observe the breakdown in gold’s negative relationship with stocks over the past few years, as one can see in figure 2 below. Their divergence suggests gold has some catching up to do and/or stocks are due a correction. Alternatively, it could also imply that stocks can go higher but so too could gold. But over the past few years we haven’t seen many major corrections in the S&P 500. Thus, if stocks were to correct themselves going forward, then this surely could lead to elevated levels of safe-haven demand for gold. In other words, gold is likely to benefit more from a potential stock market correction than suffer from another rally.