Economic reports from the UK showed that the GDP rose 0.2% in the three months to January. On a quarterly basis, the economy picked up the pace, rising 0.5%. The gains came from an increase in IT, health services and wholesale trading. This offset the declines from manufacturing in metals, cars and construction repairs.

Manufacturing production rose 0.8% on the month beating estimates of a 0.2% increase. The gains came from increased output in the pharmaceuticals industry and followed a 0.7% decline.

Investors, however, overlooked the data as the UK parliament once again rejected the Brexit deal despite initial optimism. The Brexit bill was defeated by a majority of 142, with 391 members rejecting the deal and 242 approving it.

In the US, data from the Bureau of Labor statistics showed that February’s headline inflation rose 0.2% as expected. This pushed down the annual inflation rate from 1.6% to 1.5% in February. Core CPI, excluding food and energy prices, rose 0.1%. This was the smallest increase since August last year.

The economic data today will see the release of the UK’s annual budget. We now await the UK parliament to hold another vote on a no-deal Brexit later in the day.

The US PPI report is on the tap as well. Expectations are for headline producer prices to rise 0.2% after falling 0.1% previously. Core PPI will likely rise 0.2%, marking a slightly smaller pace of increase following a 0.3% increase the month before.

Forecasts indicate that construction spending data could rise by 0.4% on the month after falling 0.6% previously. 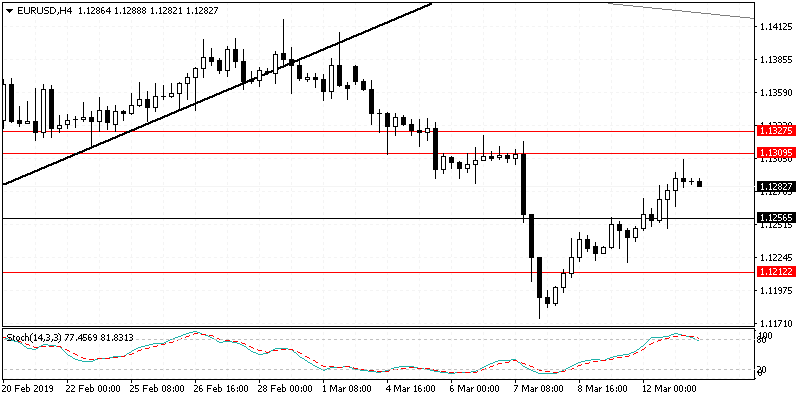 EURUSD (1.1282): The EURUSD currency pair continued its bullish reversal with prices advancing for the third daily session. Having cleared the minor resistance level at 1.1256, the common currency closed above this level. It is now nearing a retest of the next main resistance at 1.1327 – 1.1309. In the near term, any declines could be limited to 1.1256 where we could establish support. As long as the support level at 1.1256 is not breached, the EURUSD could maintain the bullish momentum. 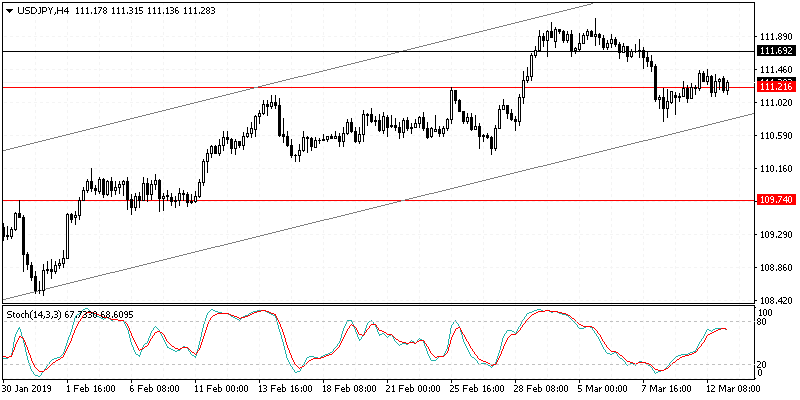 USDJPY (111.28): USDJPY has been trading subdued with a lot of consolidation taking place at the 111.21 level. Price action remains flat in the short term as the USD attempts to test the next main resistance level at 111.69. Price needs to break past this level and above the previous highs to maintain the bullish momentum. However, failure to do so could signal a possible move to the downside. A break down below the lows of 110.93 could signal a move towards the 109.74 region in the medium term. 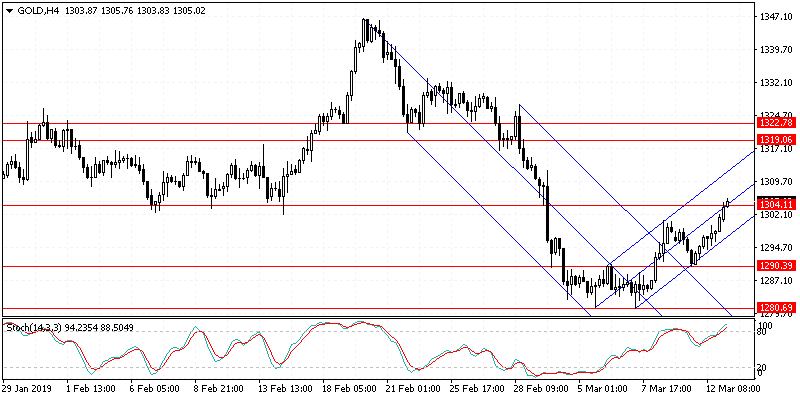 XAUUSD (1305.02): Gold maintained the gains on Tuesday as price action advanced to test 1305 level earlier today. The Stochastics oscillator is maintaining the hidden bearish divergence currently and could trigger a possible move to the downside. The lower support at 1290.39 could be tested more firmly if there is a reversal at the 1305 – 1306 level. If gold maintains the bullish momentum, we can expect the 1305 – 1306 level to clear, with further gains likely to push gold prices to the 1322 – 1319 level. There, resistance will be tested.