On Thursday, December 12, the British Pound appreciated 464 pips or 3.56% against the US Dollar.

The advance was driven by the UK Parliamentary Elections. The Prime Minister Boris Johnson's Conservative Party won 364 seats. This is the biggest victory of the Conservatives since Margaret Thatcher.

The Prime Minister promised that the UK government would get Brexit done on time on January 31. However, analysts think that the government would try to keep a no-deal Brexit option for as long as possible to reach the trade agreement with the EU. 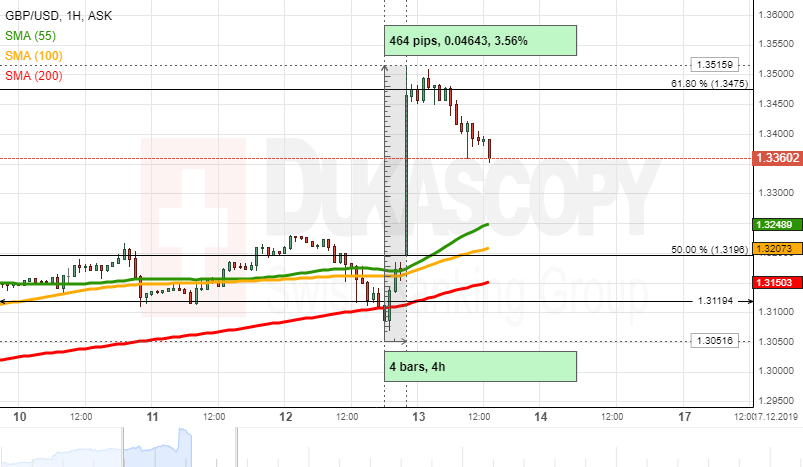 The drop was driven by an announcement made by the US President Donald Trump via Twitter. Trump wrote that the US and China were getting "very close" to reach agreement on trade tensions.

The US-China trade war began in January 2018. Currently, the US applied tariffs on the Chinese goods worth $550B. China responded with tariffs on $185B worth of the US products. 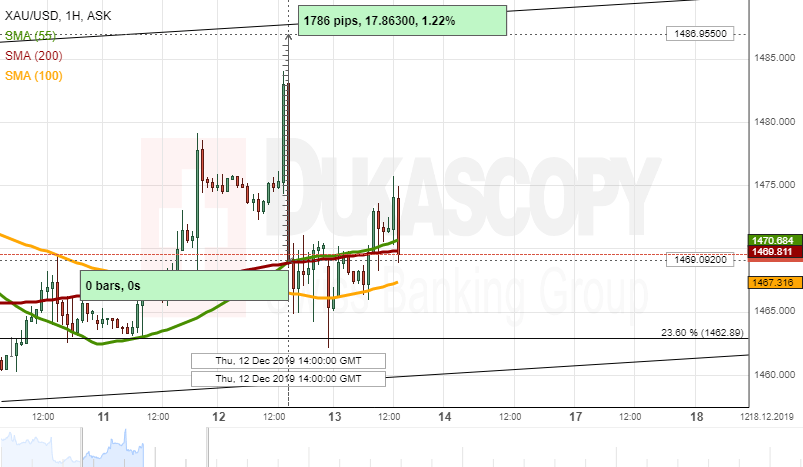