The Swiss franc held steady against the US dollar and the euro after the latest interest rate decision by the Swiss National Bank (SNB). The bank stuck with its ultra-low interest rates and signalled no intention to change track. It left interest rates at -0.75% even as the country’s home prices continued to rise. At the same time, the central bank pledged to intervene in the market if the Swiss franc got stronger. The country finds itself in a sweet spot considering that the economy is recovering at a faster speed while inflation is below 1%.

Global markets rallied today as investors reflected on the hawkish Federal Reserve decision. In its decision on Wednesday, the bank left rates and quantitative easing unchanged. The dot plot showed that more Fed officials expect that interest rates will start rising in the coming year. They believe that the bank will do between 6 and 7 interest rate hikes by 2024. At the same time. Federal Reserve Chair Jerome Powell said the US central bank could begin scaling back asset purchases in November and complete the process by mid-2022 after officials revealed a growing inclination to raise interest rates next year.

The British pound rose after the latest Bank of England (BOE) rate decision. The bank left interest rates at a record low of 0.10%. Like the Federal Reserve, the bank will continue with its asset purchases in a bid to support the economy. Still, there is a broad understanding that the BOE cannot solve the ongoing challenges facing the UK economy. For example, it cannot solve the ongoing supply shortages and the issue of inadequate workers.

The EURCHF pair held steady after the SNB decision. The pair is trading at 1.0830, which is slightly above this week’s low at 1.0800. On the four-hour chart, the pair has formed a bearish flag pattern and moved below the short and longer-term moving averages. It is also below the ascending channel shown in green while the Relative Strength Index (RSI) has moved above the oversold level. Therefore, the pair will likely break out lower. 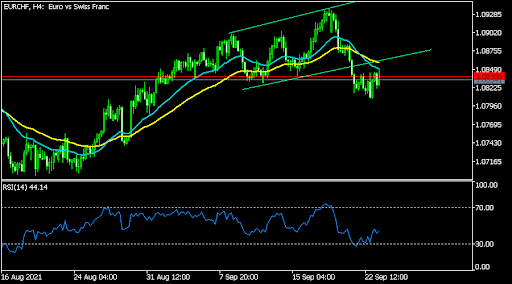 The EURUSD pair rose to a high of 1.1730, which was slightly above this week’s low of 1.1682. On the four-hour chart, the pair is still above the key support level at 1.1662. The bearish trend is being supported by the 25-day moving average. It is also between the descending channel while the MACD indicator has formed a bullish divergence pattern. Therefore, the pair will likely remain in a bearish trend if it is below the 25-day EMA. 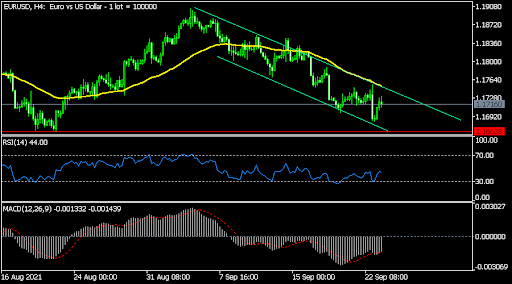 The GBPUSD pair declined after the latest BOE decision. It rose to a high of 1.37000, which was substantially lower than this week’s low of 1.3600. On the four-hour chart, the MACD line has crossed over the histogram while the Relative Strength Index (RSI) has moved from the oversold level. It has also formed a double-bottom pattern. Still, there is a likelihood that the pair will resume the bearish trend in the near term. 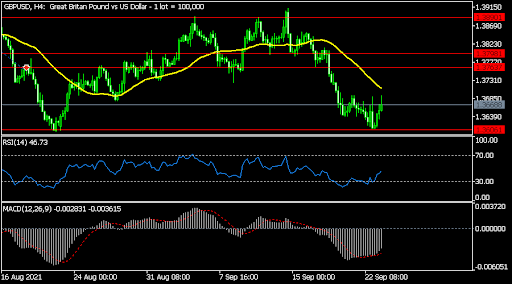 EUR/USD is trading around 1.1350, paring back gains amid a rebound in the US dollar. The data published by Eurostat showed on Thursday that the annual CPI in the euro area was 5% in December, matching the market expectation and the flash estimate. Investors await ECB's December Meeting Accounts and mid-tier US data.

DOGE price has seen three major uptrends face blockade around the same hurdle. The most recent rally failed to breach this barrier, leading to a steep correction.

Tesla is most well known for its electric cars. However, Elon Musk has long claimed that Tesla is more than just a car company. Tesla wants to become a key supplier of energy storage.