GBPJPY balanced the soft pullback off the long-term resistance line near the 20-day simple moving average (SMA) and around May’s hurdle of 154.80, maintaining the series of higher highs and higher lows in the long-term picture.

The technical signals are mixed as the MACD and the RSI continue to point downwards, whereas the fast-Stochastics are rotating northwards.

In the event the 20-day SMA gives way to the downside, initial support could unfold around the 153.55 barriers, a break of which could push the price straight to the 50-day SMA and the lower restrictive line seen at 152.50. Another step lower could squeeze the price towards 150.85, though only a decisive close below 149.00 would officially damage the broad upward pattern.

Summarizing, GBPJPY keeps defending its positive trajectory despite the latest downfall. A rebound near 154.80 could stretch towards the 2018 top, further strengthening the positive outlook. Otherwise, a negative correction could expose the price to the lower supportive line. 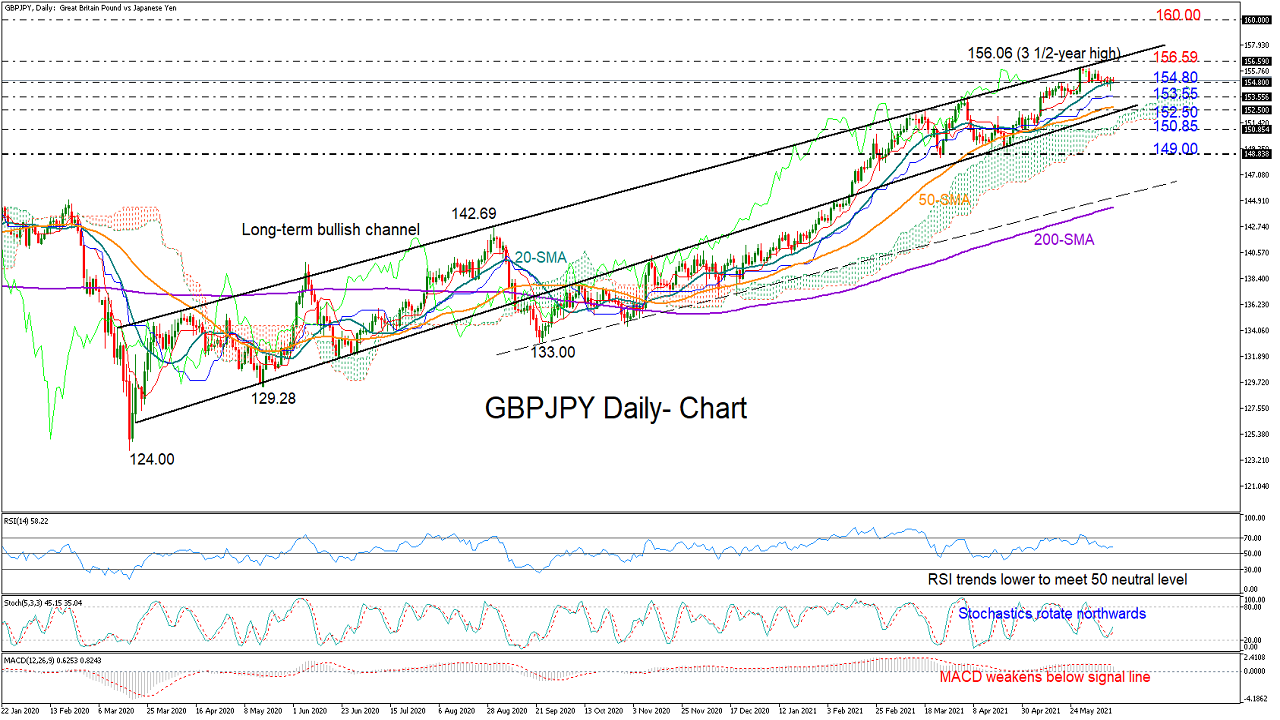