Sterling bulls have lost their way somewhat in the past few sessions. Two small bodied candles (reflecting a lack of conviction) have been followed up by a decisive negative candle as Cable was sold off into the close last night. The neckline breakout of the support at $1.2540 is now under threat. There is now a direct conflict of the weight of the 7 month downtrend (which is falling today at $1.2685) and the near term (base pattern). The bulls need to return quickly today to prevent this base pattern from losing its bullish influence. A  decisive close under $1.2540 would suggest that the recovery momentum has been lost and a retreat and once more neutralised medium term outlook become preferred. This would be increased were there to be a move below $1.2435 reaction low. Already we see momentum threatening lower. The Stochastics are the main concern, bear crossing after a bull run, in a similar configuration to the failure of the early June rally. It would appear that the medium term range has further to go yet. The importance of resistance at $1.2670 is mounting. 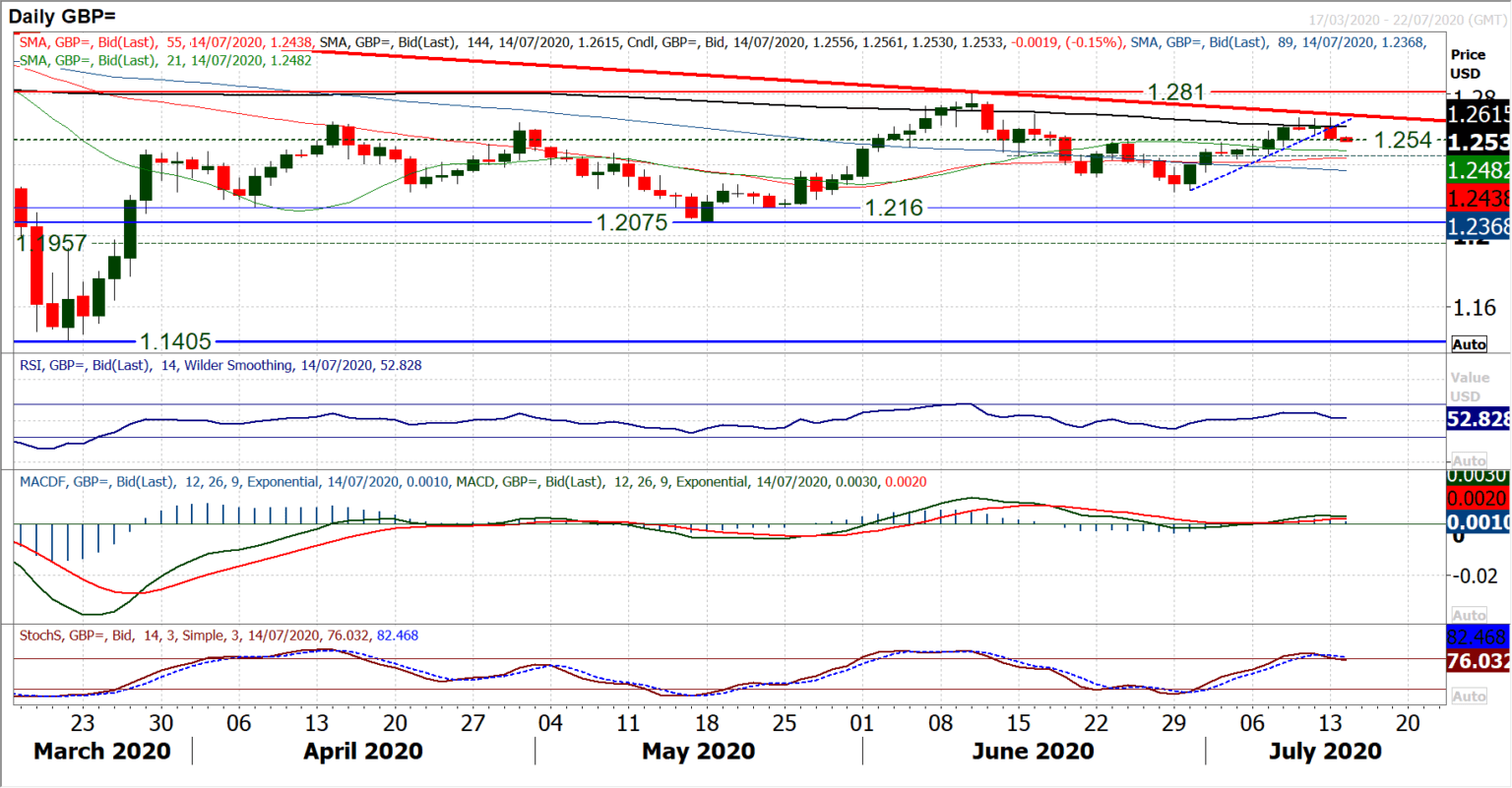