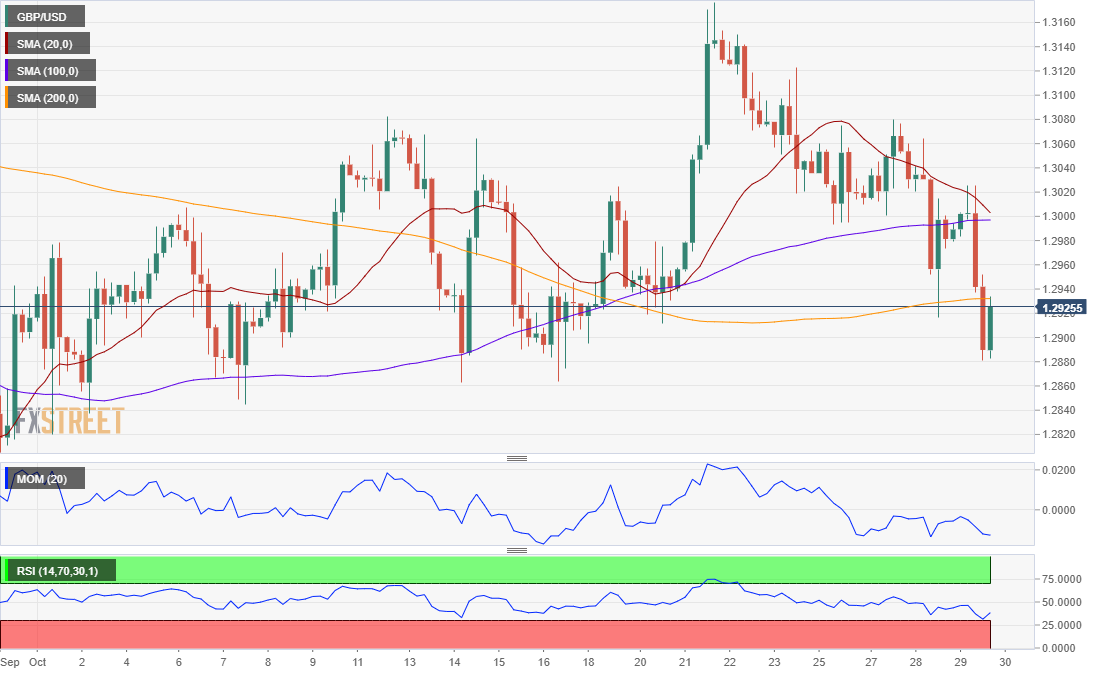 The GBP/USD pair traded as low as 1.2880 this Thursday, amid continued demand for the greenback in a risk-averse environment. The UK government refuses to impose a national lockdown, despite the country reporting over 23K new cases in the last 24 hours. Still, fears remain that the government could take tougher measures to curve contagions. As for Brexit talks, news are that negotiations continue although without fresh headlines on the matter.

The GBP/USD pair is trading around 1.2930, bearish in the short-term. The 4-hour chart shows that is has broken below all of its moving averages, with the 20 SMA still above the larger ones but accelerating south. Technical indicators remain at daily lows near oversold levels, indicating persistent selling interest despite decreasing volumes at this time of the day.  A break below the mentioned daily low should expose a strong static support level at 1.2770.

AUD/USD keeps its range around 0.7300 amid mixed Australian trade data and the upbeat market mood. The risk sentiment got a boost following reports that the US GSA has started the formal Biden transition process. S&P 500 futures rise 0.50%. RBA Debelle's speech awaited.

Peter Brandt, author, and publisher of the Factor Report, has exited around 50% of his Bitcoin position. The veteran trader believes Bitcoin might be poised for a correction to $12,000 in the near future.