Following up on previous reports of progress in talks, the Sunday Times reported that preparations for a deal "are far more advanced than previously disclosed. The London-based paper says that the UK has received concessions from the European Union that will enable the whole of Britain to remain in the customs union.

Prime Minister Theresa May will convene her cabinet on Tuesday, as usual. However, the ministers were not given the agenda of the meeting. The secrecy raises the option that a Brexit deal is in the works. Downing Street has labeled the suggestions made by the Times as "speculation" but has not denied them outright.

The GBP/USD closed the week below 1.3000, but significantly higher than the trough of 1.2968 seen earlier in the week. Hopes for a Brexit accord drove the pair higher, but these were focused on another report for a post-Brexit arrangement only for the financial services sector and some positive commentary from Brexit Secretary Dominic Raab.

The fresh Sunday Times report suggests that both sides are getting closer and that an EU Summit may be called for the week of November 12-16. 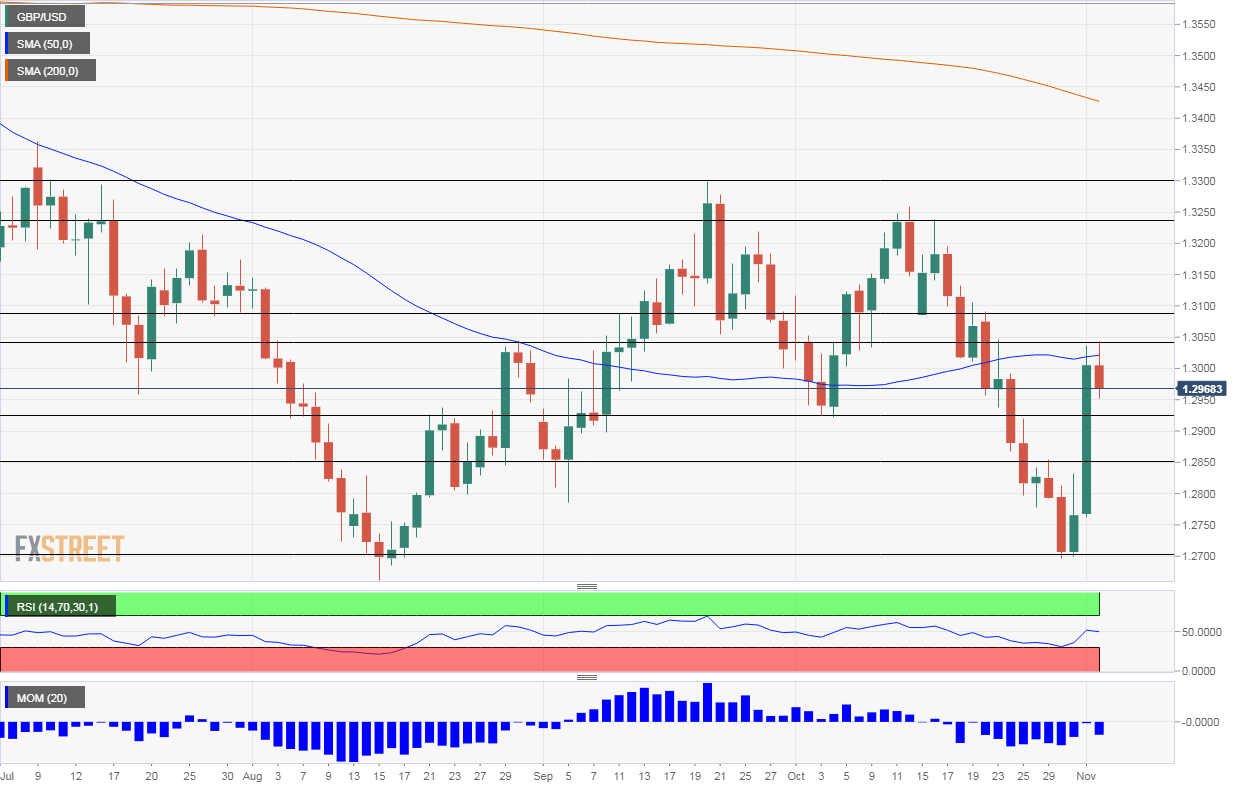 The optimism could send the GBP/USD higher as a new trading week begins. The 1.3040 was the high point on Friday before cable dropped back down. 1.3080 was a swing low in mid-October and also served as support in July.

On the downside, 1.2925 was the low point in early October. It is followed by 1.2850 that capped the pair before the recent upswing and also provided support in late August. 1.2700 was the trough last week.

Prices of the WTI dropped to fresh lows in the $44.70 region earlier in the session, where appears to have emerged some contention.