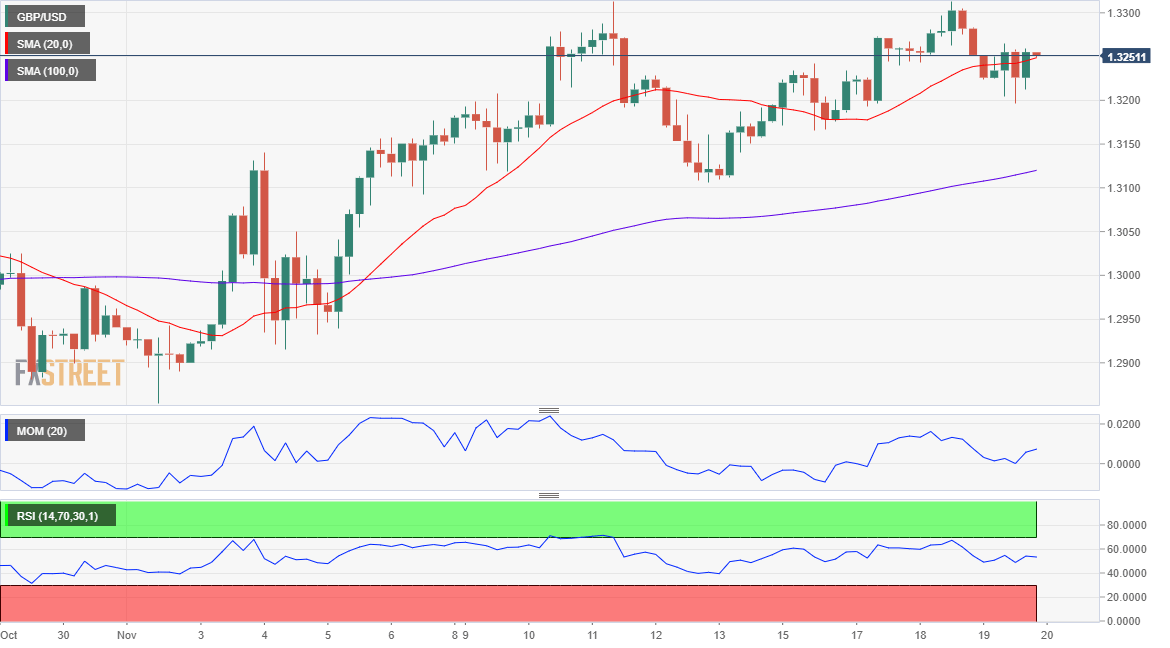 The GBP/USD pair fell during Asian trading hours, weighed by a dismal market mood and market talks, indicating that some EU leaders are pushing the European Commission to publish Brexit no-deal plans. Sources suggested that a deal must be clinched this weekend at the latest. The pair bounced from a daily low at 1.3204 following news that EU’s chief negotiator Michel Barnier canceled next week´s briefings to EU leaders, somehow suggesting that a trade deal may be closer. Nevertheless, it is pure speculation, although enough to push the pair towards the 1.3260 price zone.

The UK calendar was empty this Thursday, although the country will end the week on a high note. This Friday, it will publish November GFK Consumer Confidence, seen falling to -34 from -31, and October Retail Sales, expected to have gained 4.2%.

The GBP/USD pair seems to be developing a double top figure, yet to be confirmed. The potential neckline of the figure is 1.3106 and the pair would need a strong catalyst to lose the level. In the meantime, the 4-hour chart shows that the pair is below a bullish 20 SMA, pressuring, but unable to surpass it. Technical indicators have turned neutral-to-bearish, as the Momentum turned lower and the RSI consolidates, although both around their midlines.