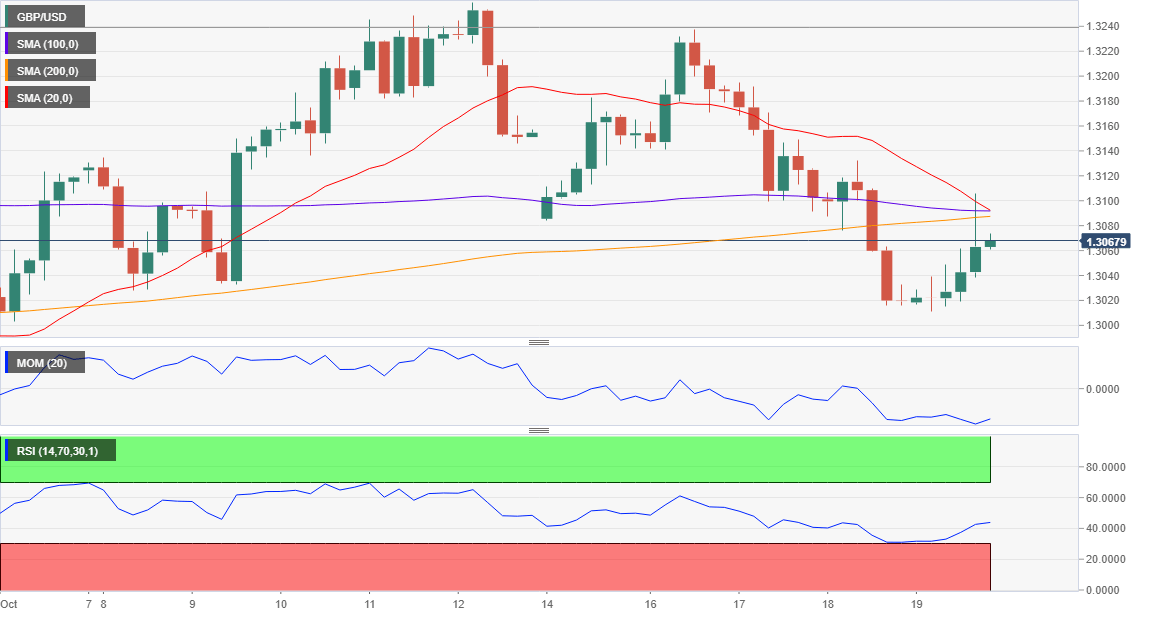 The GBP/USD pair recovered from a daily low of 1.3010 on the back of dollar's broad weakness, although Pound's demand remained conditioned by Brexit jitters. The failed Brexit summit has put back on tap the risk of a no-deal Brexit, with the Irish border still at the eye of the storm. Over the weekend, UK's Brexit Secretary Raab spoke about the possibility of extending the transition period past December 2020, as an alternative to a backstop, angering Brexiters.  Meanwhile, over 700K people marched on Saturday asking for a second referendum on Brexit. Things don't look good for Sterling in this scenario. There are no macroeconomic events scheduled in the UK for this Monday.

From a technical point of view, the GBP/USD pair finished modestly lower for a second consecutive week, maintaining a neutral stance according to the daily chart, where it closed below a flat 20 DMA and as technical indicators hover around their midlines without clear directional strength. Shorter term, and according to the 4 hours chart, the pair is bearish, as it failed to recover ground above a flat 200 EMA, while an early rally was rejected from selling interest around a bearish 20 SMA. Furthermore, technical indicators in this last chart have lost upward strength well into negative ground and after correcting oversold conditions. A break below 1.3010 could result in a bearish continuation toward 1.2880 during the upcoming sessions, the 61.8% retracement of the 2016/18 rally.