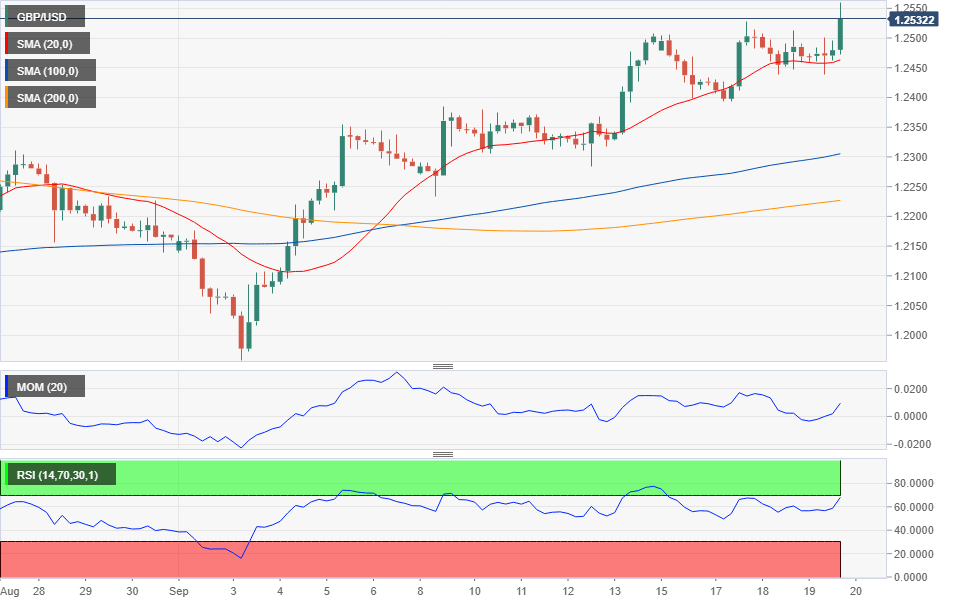 The GBP/USD pair hit a fresh multi-week high in the US afternoon of 1.2560, getting a boost from comments from EU’s Juncker who said that if the objectives of the backstop are met through alternative arrangements, the backstop won´t be needed, adding that there could be a deal by the October deadline. The news gave a lift to Sterling, which earlier in the day fell to 1.2437. The UK released earlier in the day, August Retail Sales, which unexpectedly fell by 0.2% when compared to a month earlier, and increased by 2.7% YoY, less than the 2.9% expected. The Bank of England announced its latest monetary policy decision, but was a non-event, as MPC decided to maintain the status quo as expected, amid Brexit uncertainty.

Regarding Brexit, the Supreme Court completed the three-day hearing on whether PM Johnson’s decision to suspend the Parliament was lawful.  The court will release its decision on the matter early next week. Johnson challenged the court, as he didn’t rule out proroguing the Parliament again if needed. Later in the day, he reported “progress” in talks with the EU, although without providing any detail. The BOE will release its Q3 Quarterly Bulletin this Friday.

The GBP/USD pair is technically bullish in the short-term, having extended its recovery beyond bullish moving averages in the 4 hours chart, after repeatedly finding buyers around the 20 SMA. Technical indicators in the mentioned chart have resumed their advances, heading north at fresh weekly highs and near overbought readings. The pair has a strong static resistance area around 1.2590, the next probable bullish target.