Overview: The S&P 500 lost less than 0.3% yesterday, even as the first case of the Wuhan Virus was found in the US. The relative subdued US reaction may have helped stabilize the capital markets today. Nearly all the major markets in the Asia Pacific regions rose, including more than a 1% gain in Hong Kong and South Korea. European shares are posting small gains near midday. Industrials and utilities are offsetting losses in information technology and energy. US shares are trading firmer, and the S&P 500 appears poised to set a new record high today. Asia Pacific yields had to play catch-up with the decline yesterday, and European bonds are little changed. Italy is an exception as political tensions within the coalition are elevated ahead of this week's regional election. The foreign exchange market is subdued. While most of the majors are little changed, the Scandis are firmer, and the Swiss franc is notably the weakest. In fact, the franc's weakness today, the fifth consecutive session of losses, is its longest losing streak since October. Emerging market currencies are narrowly mixed, with the JP Morgan Emerging Market Currency Index lower for the third session and off in eight of the past ten sessions. Gold is inside yesterday's ranges, and WTI for March delivery is pinned near yesterday's lows as it straddles $58 a barrel.

The World Health Organization is expected to decide today whether to regard the new coronavirus that appears to have originated in Wuhan, China, as a public health emergency. It has spread to at least six countries. Many are drawing parallels with the SARS virus that broke out in 2003, hurting growth and tourism.

South Korea reported that Q4 growth accelerated to 1.2% after 0.4% in Q3. It was the strongest quarter since Q3 17 and nearly twice the 0.7% median forecast in the Bloomberg survey. The year-over-year pace rose to 2.2% after a 2.0% pace was recorded in both Q2 19 and Q3 19. Separately, Taiwan reported a nearly 6% year-over-year rise in December industrial production. The Bloomberg survey showed expectations were for a 3.7% increase. These data points, alongside the recent Chinese reports, seem to confirm a regional recovery is underway. The news flows in the semiconductor space also continues to improve. The latest development is Apple boosting orders from TSMC for the iPhone.

The rise in Italian political tensions will not surprise investors, but that does not mean they will not make the necessary portfolio adjustments. Italian bonds are underperforming, and this has a knock-on effect on Italian bank shares. An index of such shares is threatening to roll over after rallying 37% from last August's lows. The 1.8% loss today is the largest in three months. The precipitating factor is that the head of the Five-Star Movement, Di Maio is reportedly on the verge of resigning, and the timing could not be worse. There is a regional election this coming Sunday in Reggio-Emilia, which is a traditional left stronghold. The recent polls show a close race between the national coalition on the one hand and the League on the other. League leader Salvini has pushed hard for an election, perhaps too hard and overplayed his hand, and brought down the previous coalition government (Five-Star and the League). At the same time, the economy is lagging in a weak neighborhood. The December composite PMI was below the 50 boom/bust level, and the economy may have stagnated in Q4 after a 01% quarter-over-quarter pace in Q3 (0.3% year-over-year) and today's reported 0.3% decline in industrial orders (November 2019) snaps a three-month advance.

The euro made a marginal new low (~$1.1075) in a month before stabilizing. It reversed lower yesterday after reaching nearly $1.1120. It has not poked above $1.11 today and the intraday technical indicators that if it does, it may not be until later in the session. On the downside, support is still pegged near $1.1065.. Sterling is firm in the upper end of yesterday's range (~$1.2995-$1.3085). There is an option for about GBP270 mln at $1.3050 that expires today. A broad consolidative tone may be seen ahead of the preliminary PMI on Friday, which is the last data hurdle ahead of next week's BOE meeting.

The Bank of Canada meeting is the North American highlight. No one expects a change in policy. Rather, the evolution of the official thinking about the economy will offer insight to businesses and investors. Given the high-frequency data, the risk is that Q4 growth forecasts are cut. In October, the central bank projected 1.3% annualized growth, but bank economists are warning growth may have slowed to under 1%. This, in itself, is not sufficient to get the Bank to move. The housing rebound and what Poloz noted were some signs of increased speculation in some major real estate markets may deter a change in policy unless the downside risks to the economy materialize. Monetary policy has been unchanged to 10 months, and market OIS curve indicates that odds of a rate from the 1.75% current level is less than 50% until the very end of the year. Poloz steps down in June, and speculation of his successor has already begun. Deputy Governor Carolyn Wilkins is seen as a favorite.

The US reports December's existing-home sales report and the Chicago Fed's National Index. Neither is typically a market-mover. Housing starts surged almost 17%, a 13-year in December aided by warm weather, and the need to fund starts in the opportunity zones created by the tax reform before the end of the year. Existing home sales are unlikely to be impacted by such considerations. Affordability, including interest rates, maybe more important. The Bloomberg survey found a median forecast for a 1.5% increase to 5.43 mln unit seasonally-adjusted pace. The average through the first 11 months was 5.32 mln and a 5.37 mln pace in the same period in 2018. The Chicago Fed's National Activity Index jumped in November to its highest level since February 2018. It was the biggest increase in 5.5 years and appears exaggerated. A pullback is expected in December.

The US dollar reached a two-week high against the Canadian dollar earlier today (~CAD1.3090) but has backed off, perhaps encouraged by positioning around the $530 mln CAD1.31 option expiring today and cautiousness ahead of the outcome of the Bank of Canada meeting. Initial support may be near CAD1.3030. Mexico's yields may prove too attractive to keep the peso down now, and, like with stocks, dip buying is evident. The dollar looks like it will hold below the MXN18.80 resistance area, which was approached yesterday. Initial support is seen in the MXN18.70-MXN18.74 band. The 200-day moving average of the Dollar Index has stymied the upside since early December. It is found a little above 97.70. The daily technical indicators suggest that even if near-term penetration is achieved, it is unlikely to be sustained.

EUR/USD clings to the recent recovery gains above 1.0850, as we progress towards the European opening bells, with the dollar bulls on the back seat after a wild ride seen on Monday. The corrective bounce remains at the mercy of coronavirus-led risk trends.

GBP/USD: All eyes on the EU’s mandate for post-Brexit talks

GBP/USD manages to recover to near 1.2950 region while heading into the London open on Tuesday. While the coronavirus headlines could be considered as backing the latest pullback, traders await the EU’s mandate for post-Brexit trade talks. 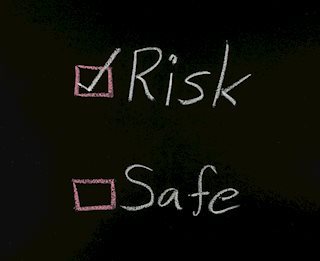 Risk-reset in the offing amid a rebound in S&P 500 futures and Treasury yields? Safe-havens: Gold, yen and dollar corrected after Monday’s upsurge. Asian markets slid amid an increase in China’s new coronavirus cases.

Gold recovers most of the early-day losses while trading around $1,658, -0.10%, while heading into the European session on Tuesday. Even so, it needs to cross Monday’s high for the fresh rise. Bulls will target the year 2013 top, $1700 during the fresh run-up.