EURJPY has been trading within an upward sloping channel after the rebound on the 28-month low of 115.85, reached on September 2019. Currently, the price is trading close to yesterday’s six-month high of 122.75, having pulled back slightly.

The near-term bias is looking neutral-to-bullish as the RSI is flatlining above the 50-neutral level, while the MACD oscillator posted a positive crossover within its trigger line above the zero area. Moreover, the bullish crosses within the 20- and 40-simple moving averages (SMAs) and the 40- and 100-SMAs are still standing, suggesting more gains.

Should EURJPY make another run higher, it’s likely to meet resistance at 123.35, identified by the high on July 2019. A successful break above this key resistance area would open the way for the upper surface of the channel near the 124.10 barrier, registered on May 2019.

If the soft positive momentum fails to hold and prices turn lower, the 20-day SMA at 121.60 is the nearest support that could halt steeper declines. A potentially more important support, though, is the 23.6% Fibonacci retracement level of the upward movement from 115.85 to 122.75 at 121.13, which overlaps with the 40-day SMA. If breached, it would shift the focus to the downside and prices would slip towards the 38.2% Fibo of 120.10 and the 120.00 handle.

In the bigger picture, EURJPY would need to make a sustained climb above 127.50 (peak on February 2019) for the outlook to become convincingly bullish. 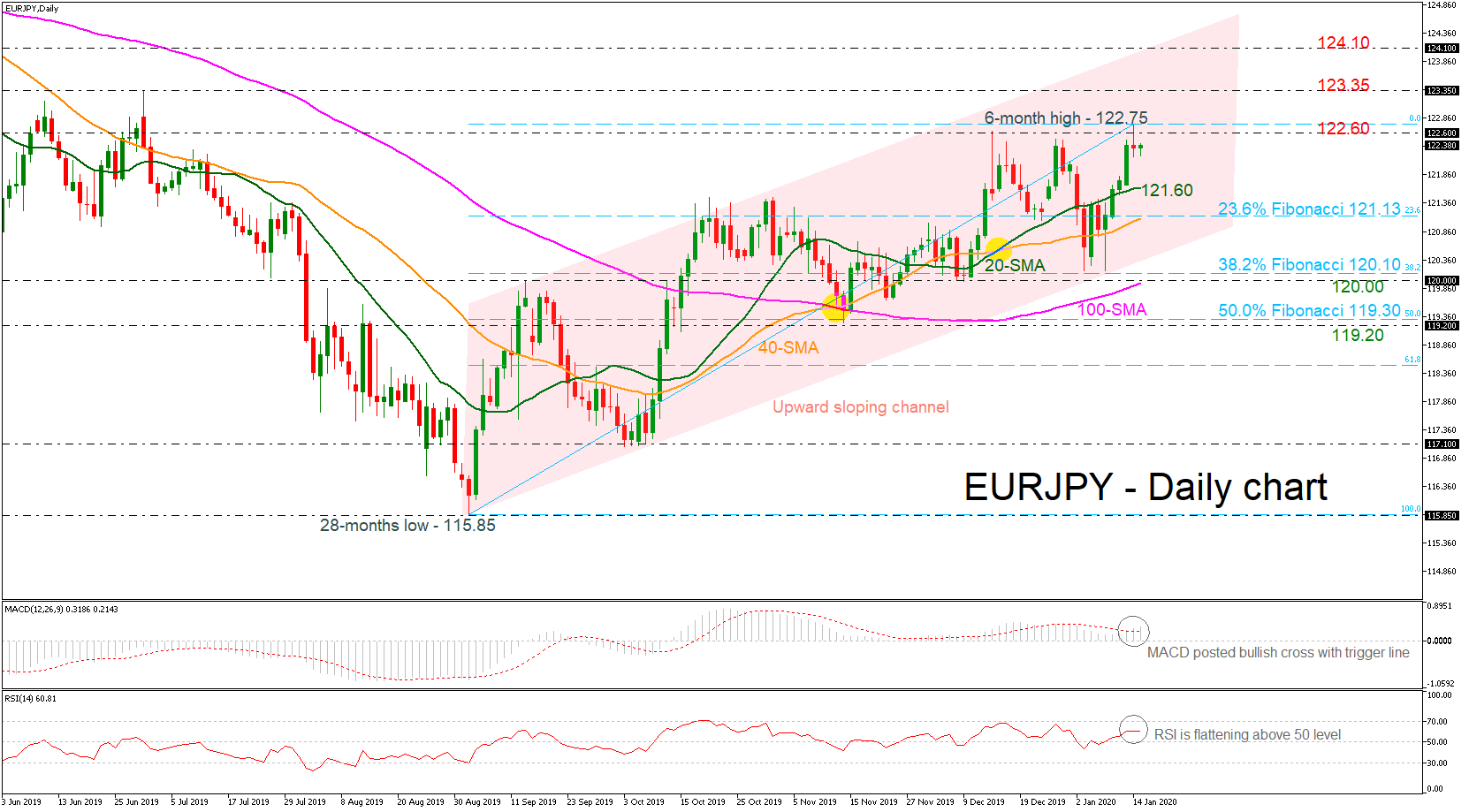