EURJPY regained positive momentum within the 120.00 territory on Tuesday after failing to breach support around 119.76. The pair jumped back above the 200-day simple moving average (SMA) but could not enter the Ichimoku cloud from below nor rise above the broken ascending trendline.

Currently the momentum indicators provide little hope for a meaningful rally in the short-term as the RSI seems to be losing steam just below its 50 neutral level, while the Stochastics are not far below overbought levels, suggesting that any upside could be limited.

In the medium-term, however, the recent bullish cross between the 50- and the 200-day SMAs keeps optimism for an uptrending market alive.

A rise above the cloud and the former supportive trendline currently both around 121.50 could push resistance into the 122.86-123.30 zone where the bullish action was restricted the past few months. The 38.2% Fibonacci of the long bearish wave from 133.12 to 115.85 also lies within these boundaries, adding extra importance to the region. Surpassing that zone, the bulls may retest how strong the long descending tentative trendline from the 2018 top of 137.49 is. If this proves easy to get through, the next stop could be somewhere between the 50% Fibonacci of 124.50 and the 125.00 round-level, while higher a tougher barrier could be the area around 126.80 and the 61.8% Fibonacci.

Should the current weakness persist, the focus will shift back to the 119.76 mark which coincides with the 23.6% Fibonacci, while beneath that the bears could challenge the 118.57 trough taken from January 2019 before meeting support around 117.00

In brief, EURJPY looks neutral in the short-term and positive in the medium-term. 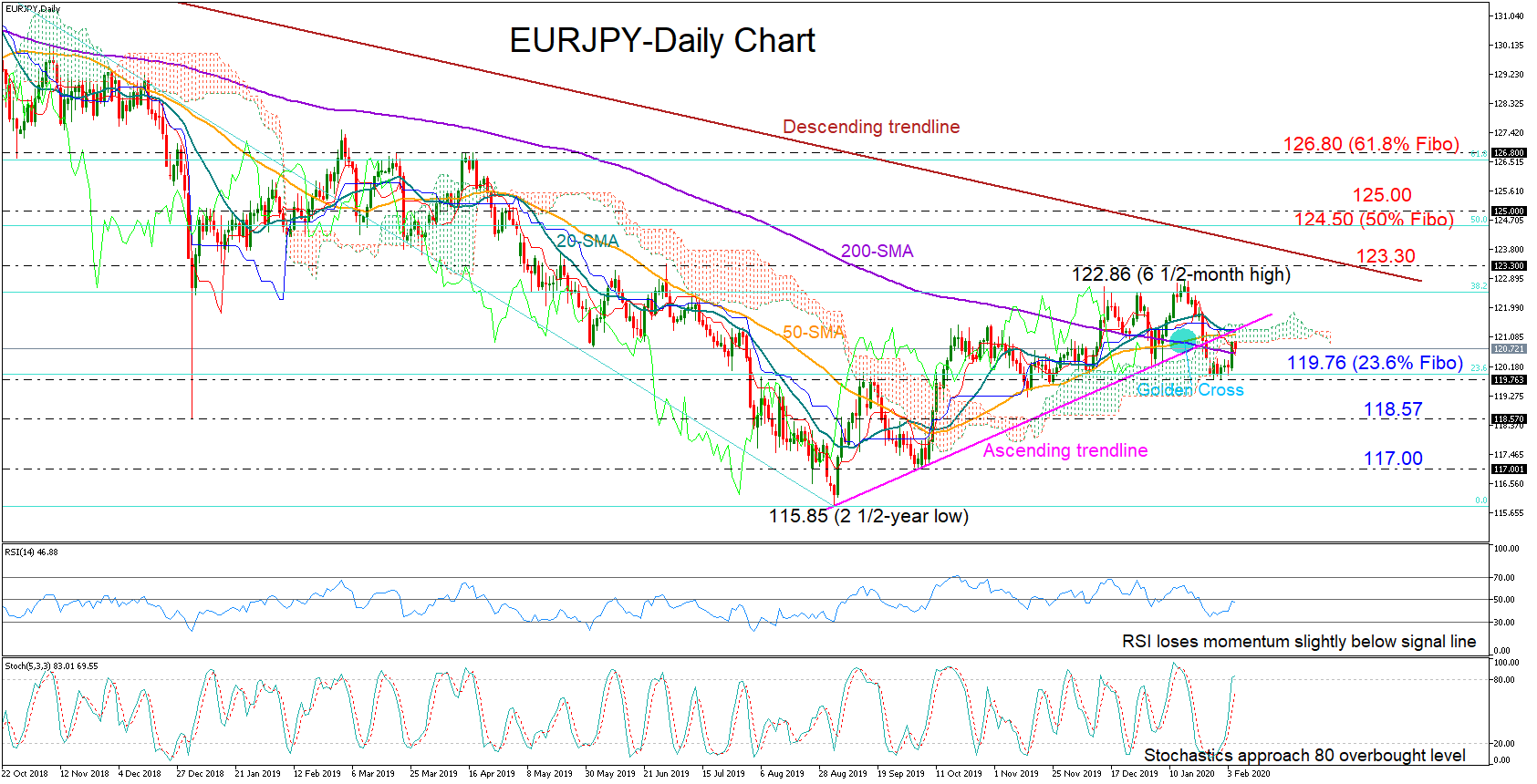