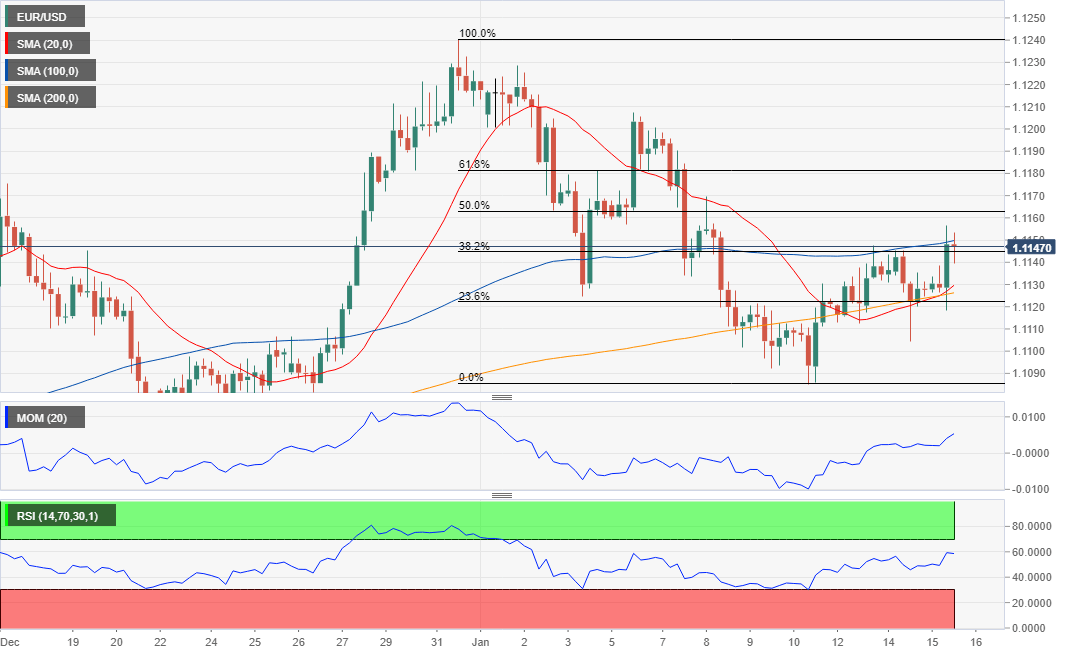 The EUR/USD pair has advanced to a fresh weekly high of 1.1154 as the dollar fell out of the market’s favor. Speculative interest had a hard time digesting Tuesday’s trade war headlines, disappointed by the fact that the current tariffs will remain in place at least until the US general election next November.

The negative sentiment cooled down a bit after US Treasury Secretary Mnuchin said that China has agreed to put together very significant laws to follow through on its commitments and there will be additional tariff rollbacks in phase two of the trade deal.  Pressure on the American currency eased, with EUR/USD stabilizing near daily highs.

Germany released Real GDP Growth, which matched the market’s forecast by printing at 0.6%. EU data, however, missed the market’s expectations as the November Trade Balance came in at €20.7B, while Industrial Production in the same month fell by 1.5%, worse than the 1.1% decline expected.

The US just released the NY Empire State Manufacturing Index for January, which resulted at 4.8, beating the market’s forecast of 3.5, and the December Producer Price Index, which rose monthly basis by 0.1% and by 1.1% when compared to a year earlier, both below expected. The US and China signing ceremony will come after Wall Street’s opening, and details on phase one agreement could shake the board.

The EUR/USD pair is trading a few pips above the 38.2% retracement of its latest daily slide, offering a neutral-to-positive stance, as, in the 4-hour chart, the pair is developing above all of its moving averages, which anyway remain directionless. Technical indicators have bounced just modestly from their midlines, falling short of supporting further gains ahead. The pair would need to rally past 1.1180, the 61.8% retracement of the mentioned decline, to confirm an upward extension during the upcoming hours.