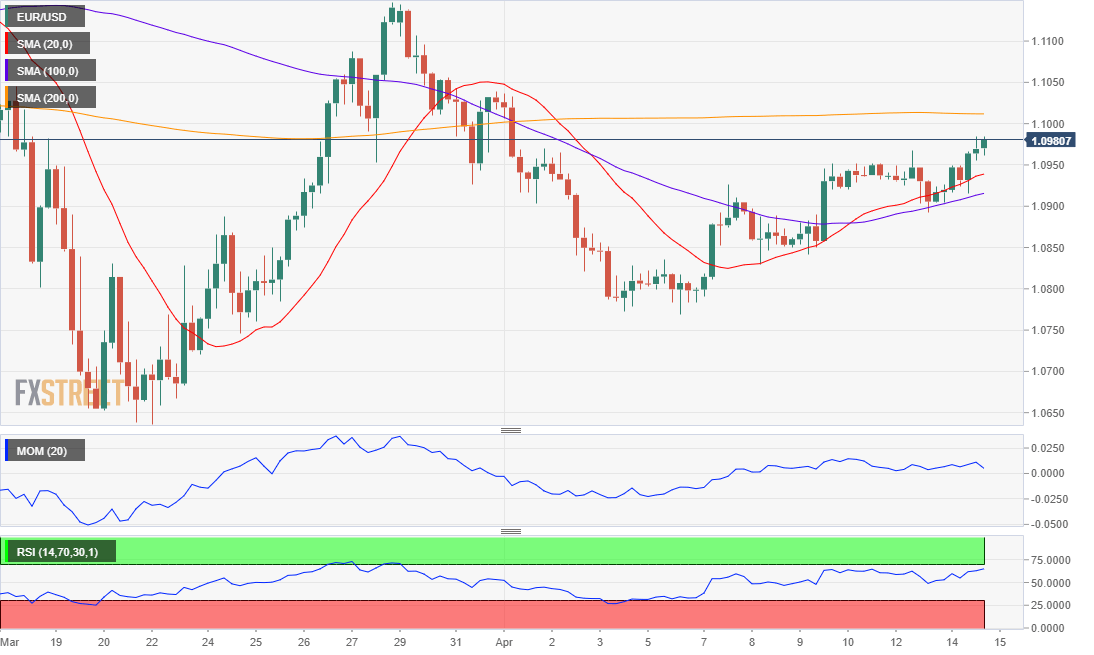 The American currency remained the weakest this Tuesday, leading EUR/USD to advance to 1.0984, its highest in almost two weeks. The market mood began improving during the Asian session, as China published its March Trade Balance, which posted a surplus of $19.9B, better than anticipated, with exports and imports in the same month also beating the market’s expectations. Neither the EU not the US published relevant macroeconomic numbers, with the focus still on the pandemic developments.

As for coronavirus-related numbers, positive signs continued to emerge from Europe, with the number of new cases and the death toll both decreasing particularly in the most troubled countries. Furthermore, there are some modest signs of improvement also in the US. New York Governor Cuomo said that it appears “the worst is over,” adding, however,  that they need to “continue to be smart.” Cuomo is engaged in a battle with President Trump, who pledges for a sooner than recommended re-opening of the economy.

This Wednesday, the US will release March Retail Sales, which are expected to have fallen by 8.0% when compared to a month earlier. The figures are meant to reflect part of the US lockdown but could be far worse than anticipated.

The EUR/USD pair trades around 1.0980 heading into the Asian opening, stable above 1.0950, the 38.2% retracement of the latest daily advance. In the 4-hour chart, the pair is within moving averages, with the 20 and 100 SMA aiming slightly higher below the current level and the 20 SMA flat near the next Fibonacci resistance. The Momentum indicator remains directionless around its mid-line, while the RSI stabilized around 63. The bullish potential is still limited as long as it holds below  1.1025.