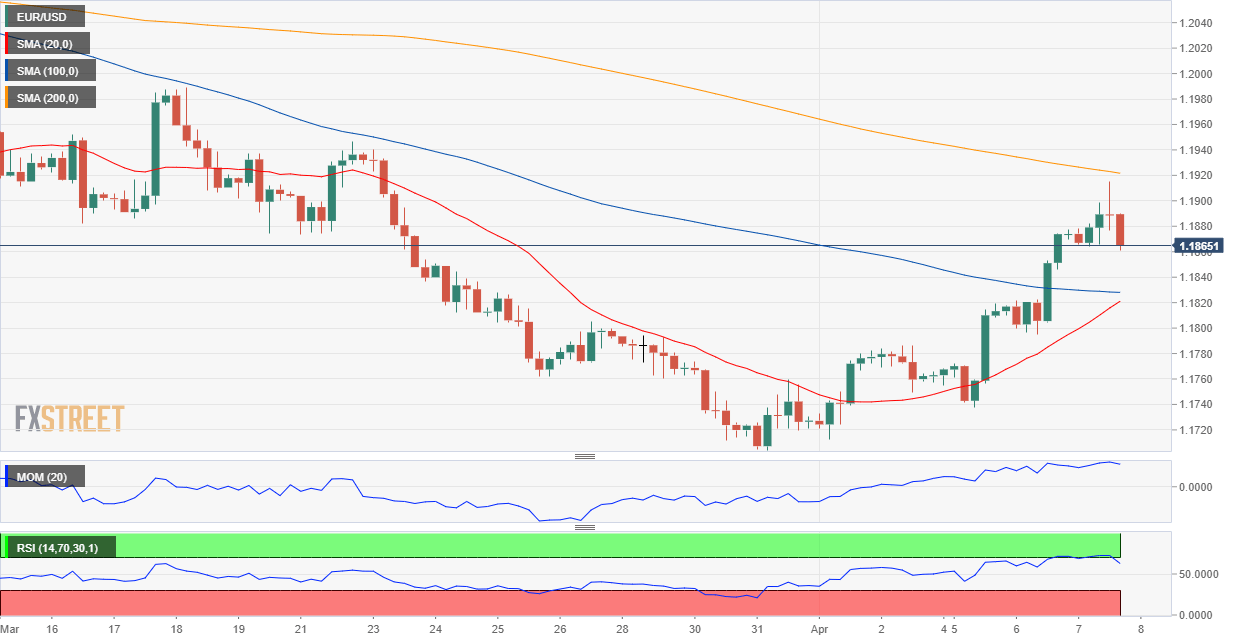 The EUR/USD pair peaked at 1.1914 this Wednesday, its highest since March 23. The shared currency was supported by encouraging EU data, while the greenback, on the other hand, was hit by a continued decline in government bond yields and dismal local data. US President Joe Biden addressed the nation, defending his infrastructure investment plan but providing no fresh headlines.

Markit published the final readings of its March Services PMIs for the EU, and most of them were upwardly revised. The German index was confirmed at 51.5, while for the whole Union, it printed at 49.6, better than the previously estimated 48.8. The US released the February Goods Trade Balance, which posted a deficit of $71.1 billion, worse than the $ -70.5 billion expected.  The FOMC published the Minutes of its latest meeting, but there were no surprises there. The document shows that officials see “some time” Before substantial progress toward employment and inflation goals.

This Thursday, Germany will publish February Factory Orders, foreseen up 1.2% MoM seasonally adjusted. The EU will release the February Producer Price Index, while the US will publish Initial Jobless Claims for the week ended April 2, foreseen at 680K.

The EUR/USD pair is stable around 1.1870, as the dollar advances ahead of the daily close. The risk remains skewed to the upside despite the absence of momentum in the near-term. The 4-hour chart shows that the pair keeps developing above its 20 and 100 SMAs, with the shorter about to cross above the longer one. Technical indicators remain within overbought levels, barely turning south. A clear extension beyond 1.1910 should anticipate an approach to the 1.2000 price zone.