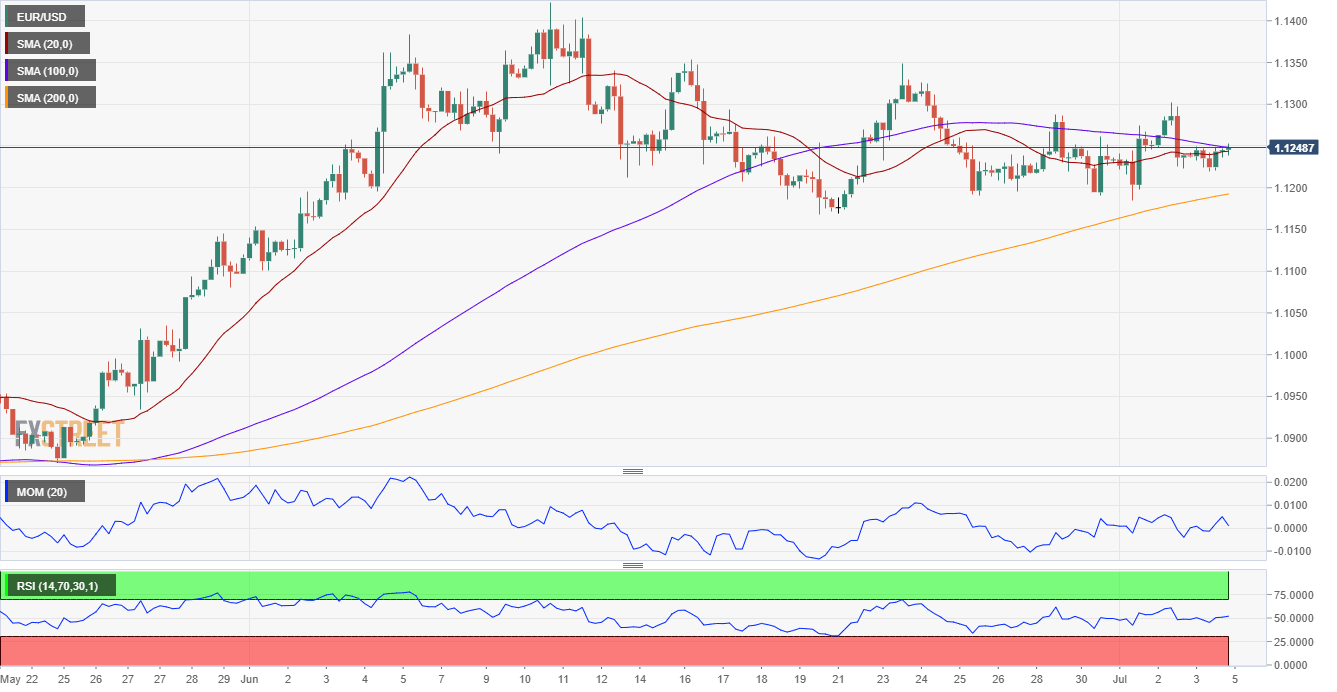 Range trading was exacerbated by a US holiday at the end of the week, with volumes across the FX board at lows throughout the day. The EUR/USD closed a third consecutive week little changed in the 1.1240 price zone. By the end of the week, Markit released the final versions of the June EU Services PMI, which were revised higher from preliminary estimates, although most figures remained within contraction levels. For the whole Union, the index came in at 48.3 against the previous estimate of 47.3.

During the weekend, ECB President Christine Lagarde said that the EU would likely face two years of downward pressure on prices, amid a transformation of the economy as a result of the coronavirus pandemic. Lagarde said that the economy is facing a transition period to new economic models, with greater digitization and automation, affecting employment and production. In the meantime, the central bank will need to keep its monetary policy exceptionally loose.

This Monday, Germany will publish May Factory Orders, while the EU will unveil Retail Sales for the same month. The market will probably pay little attention to these “old” numbers. Instead, the focus will be on the EU July Sentix Investor Confidence, foreseen at -11 from -24.8, and the US ISM Non-Manufacturing PMI, seen recovering in Ju to 49.5 from 45.4.

The EUR/USD pair has been consolidating between 1.1170 and 1.1330 for three consecutive weeks, neutral in the daily chart. However, the risk is slowly skewing to the downside, as, in the daily chart, the pair remained these last few days below a mild bearish 20 SMA, while the Momentum indicator turned lower within negative levels. In the shorter-term, and according to the 4-hour chart,  the pair is also neutral, trading between moving averages and with technical indicators hovering around their midlines.