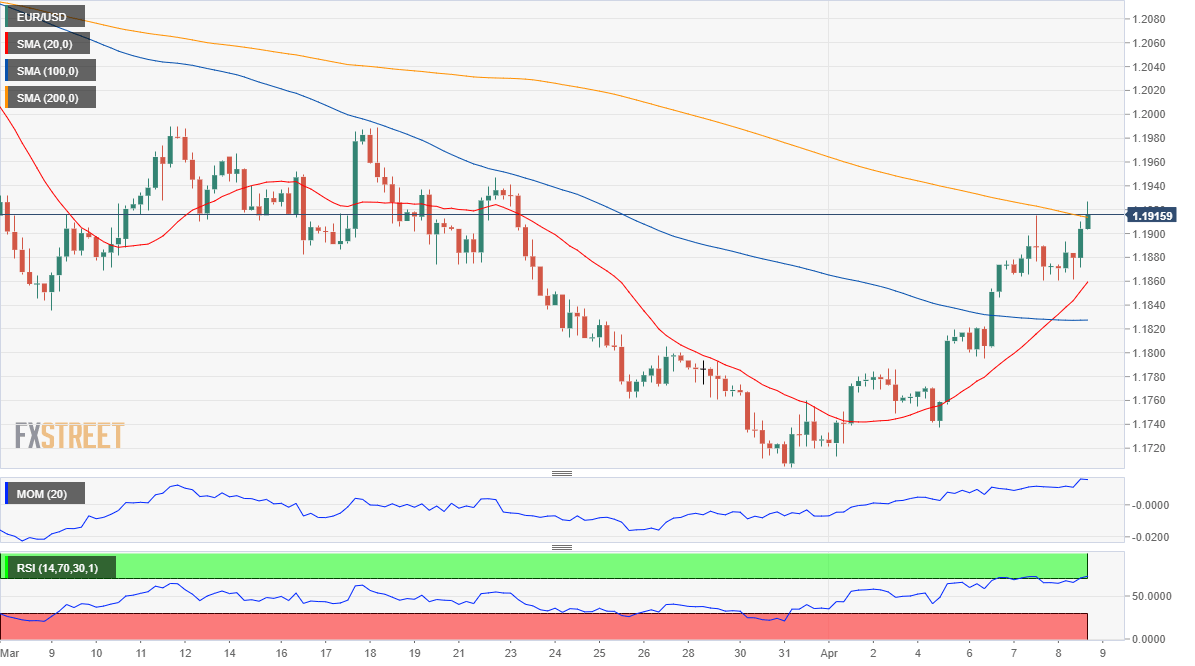 The American dollar was once again the weakest, resulting in EUR/USD reaching a fresh two-week high at 1.1927. The greenback accelerated its decline as US Federal Reserve chief Jerome Powell spoke in an IMF seminar. Powell didn’t add much new to what the market already knew, but his dovish words put pressure on Treasury yields, which remain at the lower end of their weekly range.

On the other hand, Robert Holzmann, Austrian Central Bank Governor, said that the European Central Bank might be able to start reducing its bond purchases during the summer, providing support to the shared currency.

Germany published February Factory Orders, which were up 1.2% MoM and 5.6% YoY, much better than in January. The EU released the February Producer Price Index, which printed at 1.5% YoY.  US Initial Jobless Claims for the week ended April 2 resulted at 744K worse than the 680K expected and the previous 728K.  On Friday, Germany will publish February Industrial Production and the Trade Balance for the same month. The US will only release February Producer Price Index figures.

The EUR/USD pair trades near the mentioned daily high, with chances of extending its advance. The 4-hour chart shows that the price struggles around a mildly bearish 200 SMA, while it remains above a firmly bullish 20 SMA that has crossed above the 100 SMA. Technical indicators lack directional strength, but the Momentum remains well above its midline while the RSI consolidates at 76. March 22 high at 1.1946 is the immediate resistance level, with a break above it favoring an extension beyond 1.2000.