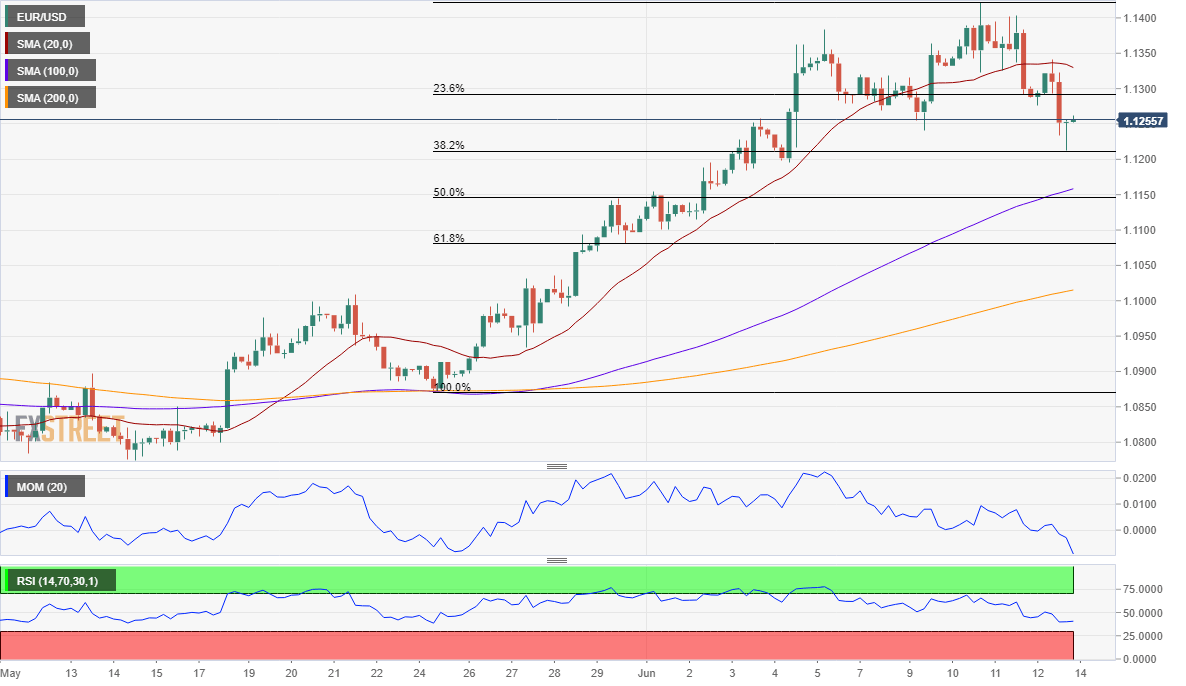 The US Federal Reserve’s economic outlook has continued to take its toll on financial markets on Friday. Risk-aversion was seen throughout most of the day and cooled down just modestly ahead of the close. It’s not that the Fed has been extremely dovish, but policymakers indicated unprecedented levels of uncertainty over the economic future. In this scenario, the American dollar got to recover against its high-yielding rivals, with the EUR/USD pair falling to 1.1212 to settle in the 1.1250 region. Ahead of the close, the US released the preliminary estimate of the Michigan Consumer Sentiment Index, which bounced in June to 78.9 from 72.3, beating the market’s expectation. The figures brought some relief to market players.

This Monday, the EU will publish the April Trade Balance, expected to print a seasonally adjusted surplus of €22.9 B. As it happens with data from the dates of lockdown, it would probably have no effect on currencies. The US, on the other hand, will publish the NY Empire State Manufacturing Index for June, seen at -30 from -48.5 in May, and TIC Flows from April.

From a technical point of view, the EUR/USD pair is in a corrective wave, as it has settled just below the 236% retracement of its latest daily advance at 1.1270. The 38.2% retracement of the mentioned rally comes at 1.1175 providing static support. In the daily chart,  the pair continues to develop above a firmly bullish 20 DMA, while technical indicators have eased from overbought levels, but remain close to their recent highs, in line with the ongoing bearish correction. Shorter-term, and according to the 4-hour chart, the pair has settled below a now flat 20 SMA, while technical indicators settled near oversold levels. A bearish case will be firmer once below the mentioned 1.1175.