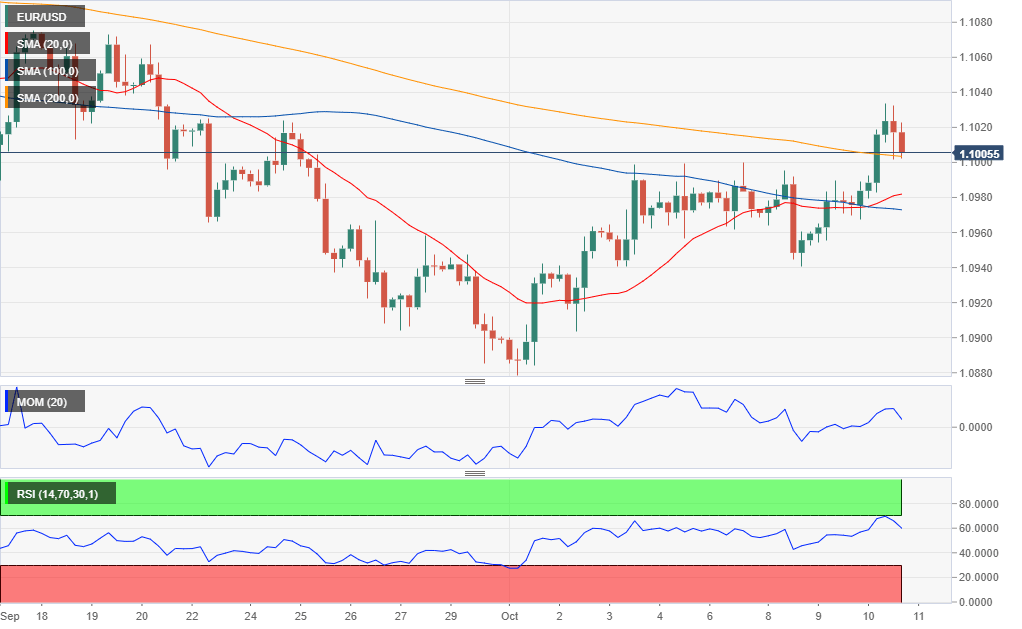 The American dollar fell sharply during the European session, recovering just modestly during US trading hours, to later resumed its decline. The EUR/USD jumped to 1.1033, its highest in three weeks, retreating toward the 1.1000 figure afterwards. Still, the pair holds on to gains by the end of the US session, amid a better perception of risk.

Light at the end of the political-turmoil tunnel

The market’s sentiment was sour at the beginning of the day as a news agency reported limited trade talks would be taking place this Thursday. Asian shares and Wall Street futures plunged with the headlines but changed course following the next round of news suggesting that the US was considering suspending part of its tariffs, and exemptions from sanctions against Huawei. US President Trump later tweeted that he will meet Chinese Vice Premier Liu He on Friday, further fueling risk-on mood.

Meanwhile, UK PM Johnson and his Irish counterpart Leo Varadkar have a long meeting that ended with the last declaring that he believes is possible to come to an agreement before October 31. The Pound soared, helping high yielding assets to retain their strength against the greenback.

The market ignored macroeconomic data.  Germany released its August Trade Balance, which posted a smaller-than-expected surplus of €18.1B vs the previous €20.5B, while the US released Initial Jobless Claims for the week ended October 4, which came in better-than-anticipated at 210K, and the final version of September inflation, with the core annual CPI resulting at 2.4% as expected.

This Friday, Germany will release September inflation, while ECB’s President Draghi is due to speak. The US will publish the preliminary October Michigan Consumer Sentiment Index foreseen at 92.0 from the previous 93.2.

The EUR/USD pair is trading around the 61.8% retracement of its September decline, measured between 1.1109 and 1.0878 at 1.1020. The short-term picture is positive, as the pair is comfortably developing above all of its moving averages, with the 20 SMA now crossing above the 100 SMA. The latest intraday slide was contained by buyers around the 200 SMA. Technical indicators in the mentioned chart have lost their strength upward, with the Momentum easing within positive levels but the RSI holding close to overbought readings. The immediate resistance is 1.1045, the level to surpass to confirm further gains heading into the weekend.