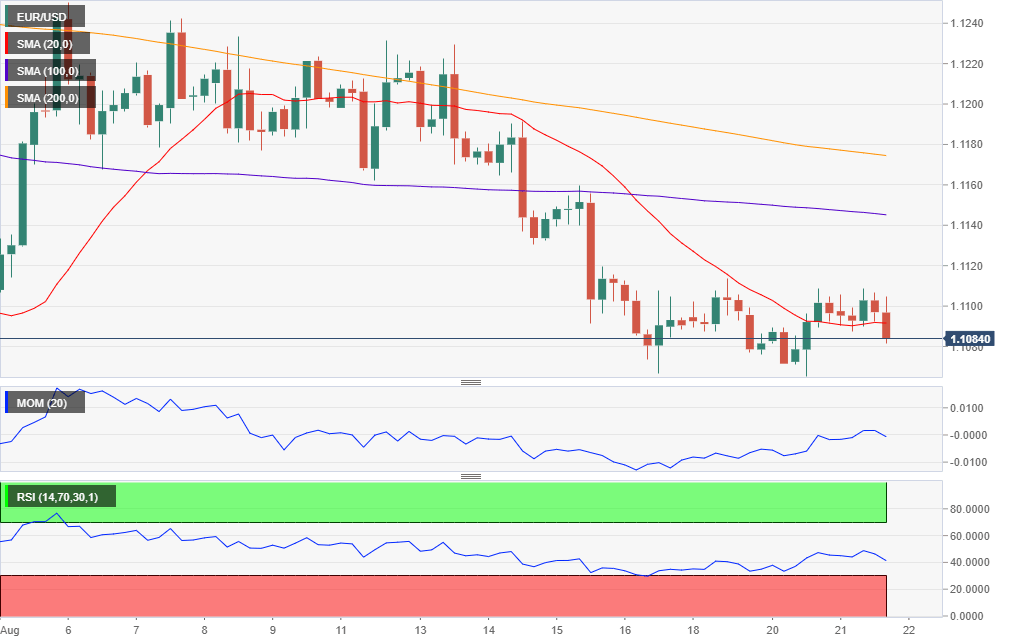 The EUR/USD pair spent this Wednesday consolidating around the 1.1100 figure, as market players were unable to find a reason to move it. Uncertainty ruled, with no material change in the US-China trade situation and just tiny hopes on a dealt Brexit underpinning the Pound. Such jitters kept the upside limited for high-yielding assets, preventing the common currency from adding ground against the Greenback. The lack of relevant data released throughout the day added to the generalized quietness. The Dollar was unable to advance as July Existing Home Sales resulted in line with the market’s expectations, up by 2.5%, while a certain cautious stance prevailed ahead of the release of the FOMC Minutes. The document gave the greenback a modest lift, despite most policymakers viewed the recent rate cut as part of a mid-cycle adjustment in response to the recent changes in the economic outlook. In general, officials weren’t able to agree on the rate cut, but most of them agreed that forward guidance and QE might not be enough. Somehow, the Fed has hinted more rate cuts coming.

The Jackson Hole Symposium starts this Thursday, although Fed’s head Powell is scheduled to speak next Friday. During the upcoming sessions, attention will center on the August preliminary PMI for the EU and the US. Manufacturing and Services output are expected to have receded further during the month in both economies.

The EUR/USD pair fell to a daily low of 1.1079 right after the release of the Fed’s Minutes but quickly recovered back to the 1.1100 level. Now trading in the 1.1080 price zone, the upside is still being contained by 1.1110, the 61.8% retracement of its latest daily decline. The short-term picture is neutral-to-positive, as the pair continues developing above a flat 20-Simple Moving Average (SMA), while technical indicators have turned south, piercing their midlines. A downward move seems more likely at this point, although the pair would need to break below 1.1065 to turn negative and be able to extend its slide.