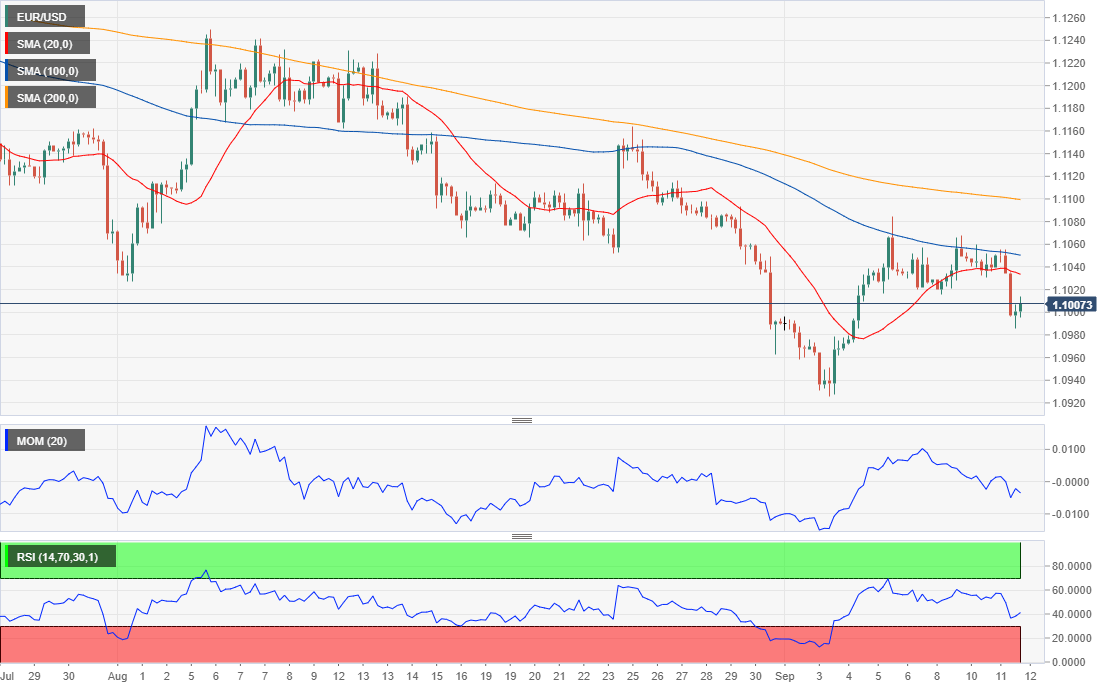 The EUR/USD pair fell this Wednesday to 1.0984, having spent most of the American session hovering around the 1.1000 figure. Action around the FX board was thin as the macroeconomic calendar remained empty of relevant data, although the common currency was weighed by concerns a technical recession could hit Germany this quarter after the Kiel Institute for the World Economy downgraded its forecast for the country’s economic growth in Q3. The US released some minor figures, anyway encouraging.MBA Mortgages Applications for the week ended September 6, which rose by 2.0% following a 3.1% decline. The Producer Price Index for August rose by 0.1% monthly basis and by 1.8% from a year earlier, beating the market’s expectations. The core readings were up by 0.2% and 2.3% respectively.

The European Central Bank will announce its latest monetary policy decision this Thursday, the star event of the week. Market players are pricing in a rate cut and clarity about the amount of QE they will apply. Additionally, speculative interest is anticipating a downgrade in growth and inflation forecast. Despite priced in, the dovish announcement will likely hurt the shared currency.

The EUR/USD pair has bounced from the mentioned low but stands around the 1.1000 level, and below the 38.2% retracement of its latest daily decline, after having faltered around the 61.8% retracement of the same slide by the end of the previous week. In the 4 hours chart, the pair is developing below all of its moving averages, while technical indicators hold within negative levels, partially losing their bearish strength. The immediate support is now 1.0980, a Fibonacci level, en route to the yearly low in the 1.0920 region.