Near term, the cycle is mature and thus it’s risky to chase the rally at this stage. However, while near term pullback stays above 21662, further upside can’t be ruled out within wave (5). Pair still needs to break above wave (3) at 21890 to validate this view and avoid a double correction. If Index breaks below 21662, then it still can do a double correction in wave (4) in 7 swing before the rally resumes. We do not like selling the Index. While pivot at August 26, 2019 low (19845) stays intact, Index should extend higher. 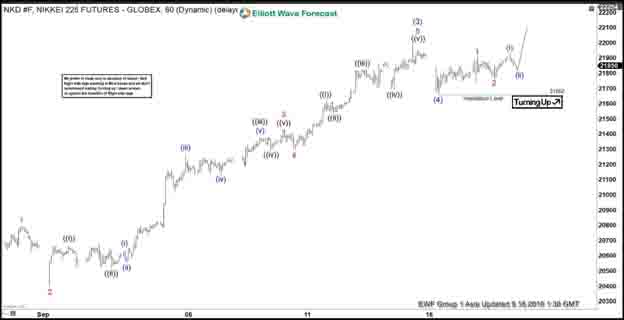