Elliott Wave View of Oil (CL) suggests the cycle from August 26 high has ended as wave II. The correction unfolded as double three Elliott Wave Structure. Down from August 26 high, wave ((W)) ended at 40.22 low. The bounce in wave ((X)) ended at 41.87 high. Afterwards, the commodity resumed lower and ended wave ((Y)) at 36.21 low. This ended wave II pullback in the higher degree. Since then, the commodity has resumed the rally higher.

Up from wave II low, wave 1 ended at 38.45 high. Wave 2 dip unfolded as zigzag correction and ended at 36.67 low. Currently, wave 3 higher is in progress. The subdivision of wave 3 is unfolding as 5 waves impulse structure. Wave ((i)) ended at 37.82 high and wave ((ii)) dip ended at 36.82 low. Wave ((iii)) higher ended at 40.34 high. Afterwards, pullback in wave ((iv)) ended at 39.51 low. Oil can push for another high before ending wave 3 and followed by a pullback in wave 4 later. As long as 36.21 low stays intact, expect the dips in 3,7 or 11 swings to find support. However, oil still needs to break above August 26 high at 43.78 to confirm that next leg higher in wave III has already started. Otherwise, wave II could still unfold as a double correction before upside resume again. 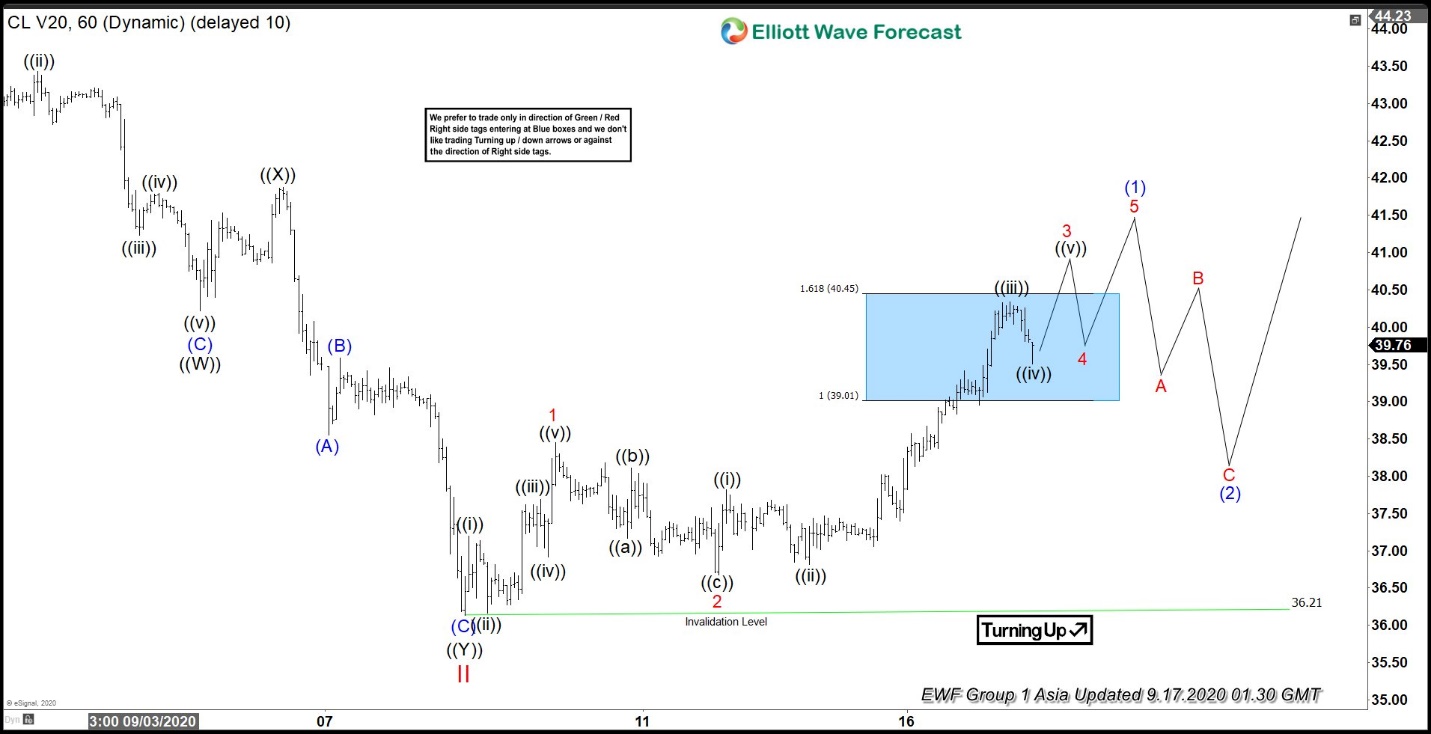