August is a hot month – also for investors, and not necessarily in a positive manner. Fear has been gripping markets and sending flows to the safe-haven dollar, which has hit a nine-month high against the euro and is storming the board. Will this trend continue?

Here are three  reasons to expect King Dollar to vacate the throne:

The headline Consumer Price Index (CPI) has hit 5.4% YoY for two consecutive months – and some worry that inflation is not transitory anymore with elevated cost gains set to persist. That implies tighter monetary policy and a stronger dollar. Cresting at high levels for too long may result in climbing to a higher mountain.

However, Core CPI – excluding volatile food and energy – dropped from 4.5% to 4.3% YoY, and monthly underlying inflation rose by only 0.3% in July. That latest figure is below expectations and provides hope that inflation is not only cresting but also descending from the peak. 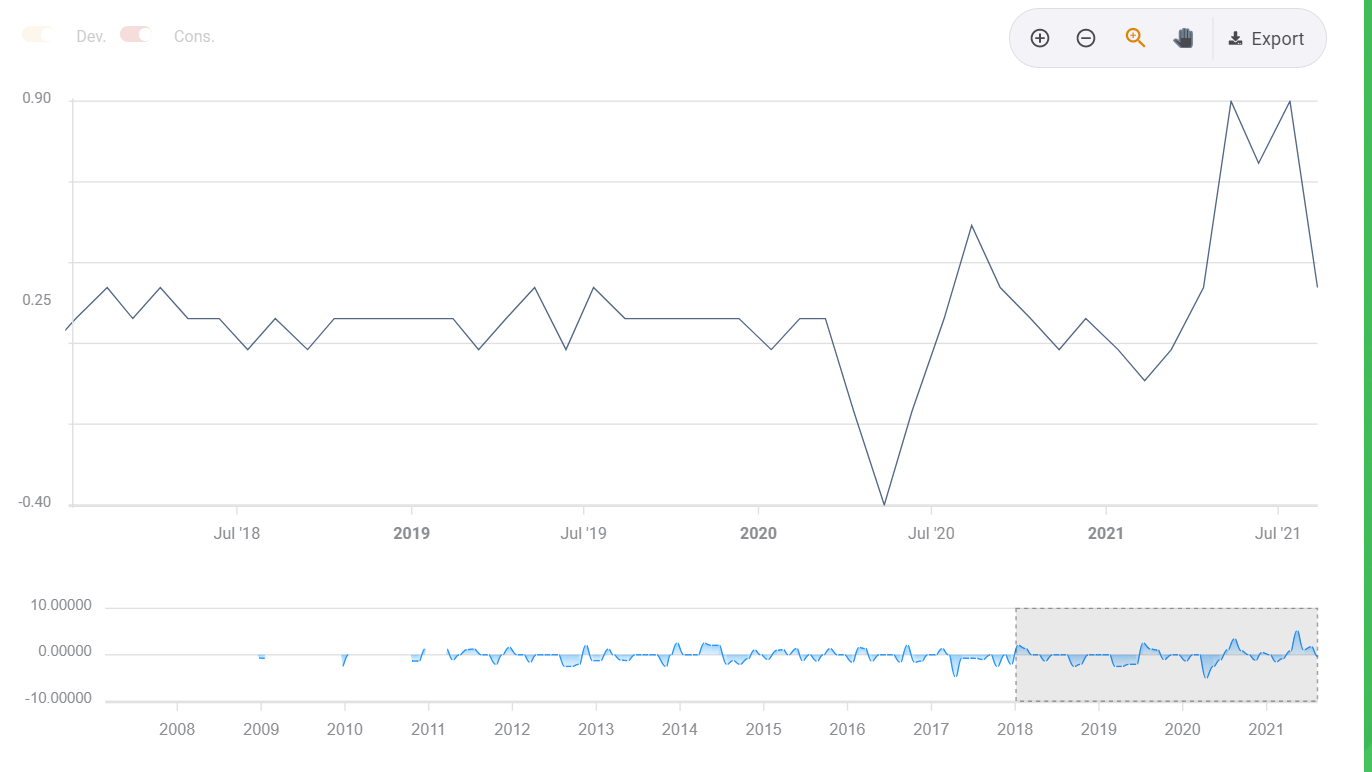 Looking under the hood, prices of used vehicles – the largest contributor to the leap in core prices – have dropped in July. The descent has extended into the current month.

While the decline slowed in the first half of August – and clunkers are still up over 18% YoY – the downtrend continues. 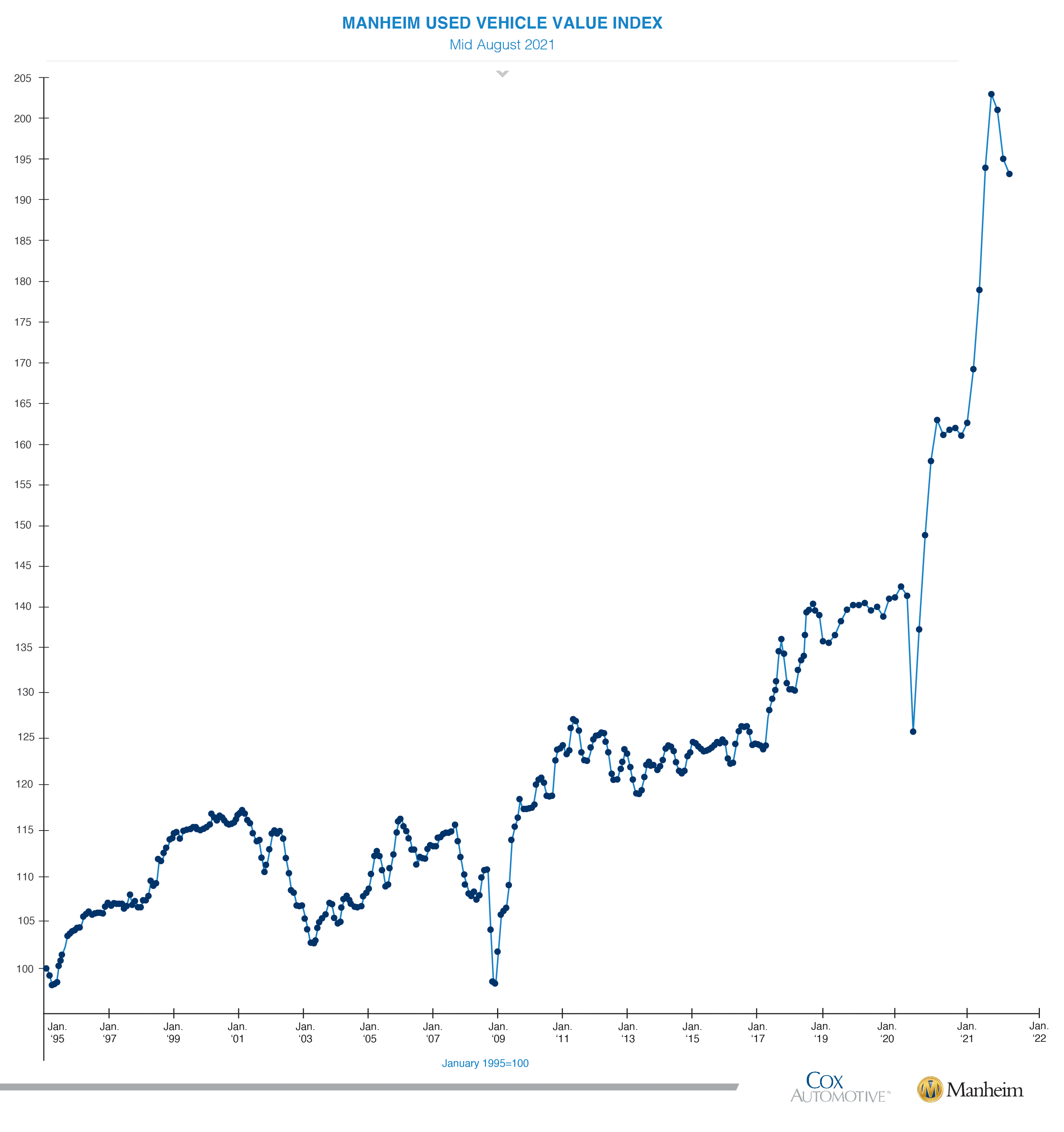 Another factor to consider is China's contribution to price pressures, which is a dampening one. Costs of imported Chinese goods have risen by roughly 2.7% YoY in July, half of the overall increase. As the world's second-largest economy and a massive exporter to the US, China's impact also contributes to software inflation down the road.

Without high inflation, the Fed could go more slowly – weighing on the dollar as more greenbacks would be printed. It would also send the currency lower as demand for safety would subside if the economy is running without substantial price pressures.

Federal Reserve officials are moving toward tapering their bond buys, and that should not surprise anybody. The Fed made a significant hawkish tilt back in its June meeting by opening the door to reducing bond buys and signaling two rate hikes in 2023.

Comments from the bank's governors and regional presidents have only been moving gradually toward printing fewer dollars. Fed Chair Jerome Powell also pledged to tell markets about tapering "well in advance" – broadly seen as two meetings.

The FOMC Meeting Minutes from July continued the trend of a slow boil toward tapering but still triggered a significant market reaction. Investors seemed to overlook a crucial comment in the document and something also echoed in speeches – tapering does not imply immediate rate hikes.

Here is the quote from the minutes, emphasis added:

Many participants noted that, when a reduction in the pace of asset purchases became appropriate, it would be important that the Committee clearly reaffirm the absence of any mechanical link between the timing of tapering and that of an eventual increase in the target range for the federal funds rate.

Officials want to trim down purchases one step at a time, then wait, and only later raise rates. That takes some of the sting out of reducing stimulus. Once markets get to grips with that, the dollar could slide.

During August, markets moved to price a rate hike in December 2022 from January 2023. 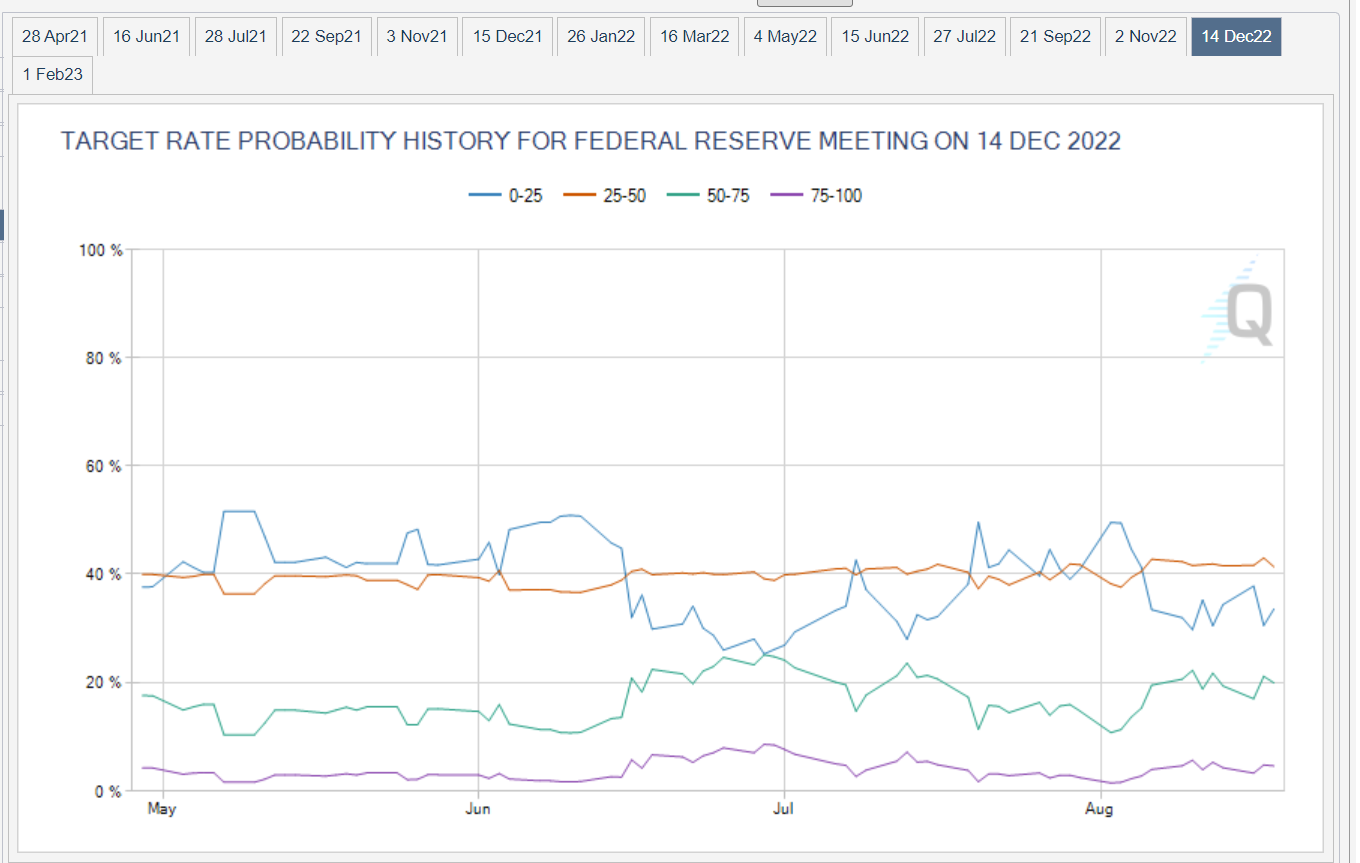 If markets get the memo and the blue line above crossed the orange one, the dollar could slip back down.

Powell seemed to dismiss the adverse economic impact of the Delta coronavirus variant, saying that with each wave there is a diminishing economic impact. People have learned to live with the virus and restrictions. That is one reason to suspect that current fears about the virus – pushing up the dollar – would drift away.

Nevertheless, since he made those comments in July, infections have surged in the US and hospitals are filling up in undervaccinated areas. In addition, new studies have shown that the impact of current jabs wanes with time.

The flipside is that the cavalry is coming. First, daily administration of doses has increased some 50% to 750,000 in recent weeks, providing hope that with more Americans freshly vaccinated, fewer will get sick. 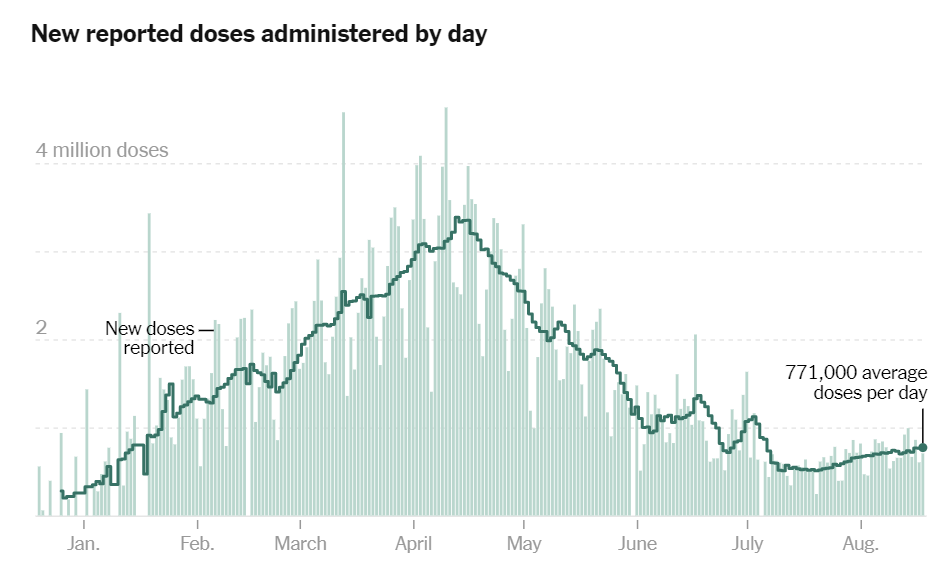 Another development is that the US is moving toward giving booster shots to the vulnerable, following Israel's lead. That would reduce admissions to hospitals.

The Delta variant has yet to reach its peak in America, but the rapid developments around the virus imply that cresting in infections will come sooner rather than later. Only one step behind inflation. Apart from higher vaccination rates, any sign that the increase in cases is slowing would also be a positive development.

The dollar has been benefiting from inflation, Fed and covid fears, and there are good reasons things could go in reverse, sending the greenback back to the ground.