Overview: Earlier we have seen that a steep upside rally where bulls took the price from negative to $41 level which is a mind-blowing come back of bulls, but there is no doubt that after arriving near $41level it has entered in a narrow range and a short term tug of war can be seen where bulls are trying their best to move up, on contrary bears are trying to take it again south side.

In our previous report, we also mentioned buying the crude oil at $23 for the target of $29 and $35, and both targets have been achieved like a cakewalk.

Technical Analysis: From a technical perspective a potential rounding top pattern is in process of formation which is providing a trend reversal signal and it’s a recent development; however, we will get clear confirmation below $35 level which is the final support/hope for bulls. Also, a short-term uptrend line has been breached out which is flashing the downside signal for the time being. The RSI is also turned down from the overbought territory and a bearish crossover on the MACD indicator is also flashing the sell signal. The Red SAR dots also favoring the bears and providing them full strength to fall. The $30 is a strong support level followed by $27.80 whereas $40 is key resistance followed by $41.50.

The way bears are reacting it seems like they are going to take to $30 in the near term and we will get further confirmation if we get an hourly closing below the $35 level. Odds are favoring the bears. We will keep our view bearish on the crude oil as long as $40 acting as a resistance level on contrary a valid breakout of $40 level will open the way towards the $45 level.

Trade idea: Investors and traders are advised to sell crude oil at $38.92 level for the target of $36 and $31 with the tight stop loss of $42 on a closing basis. 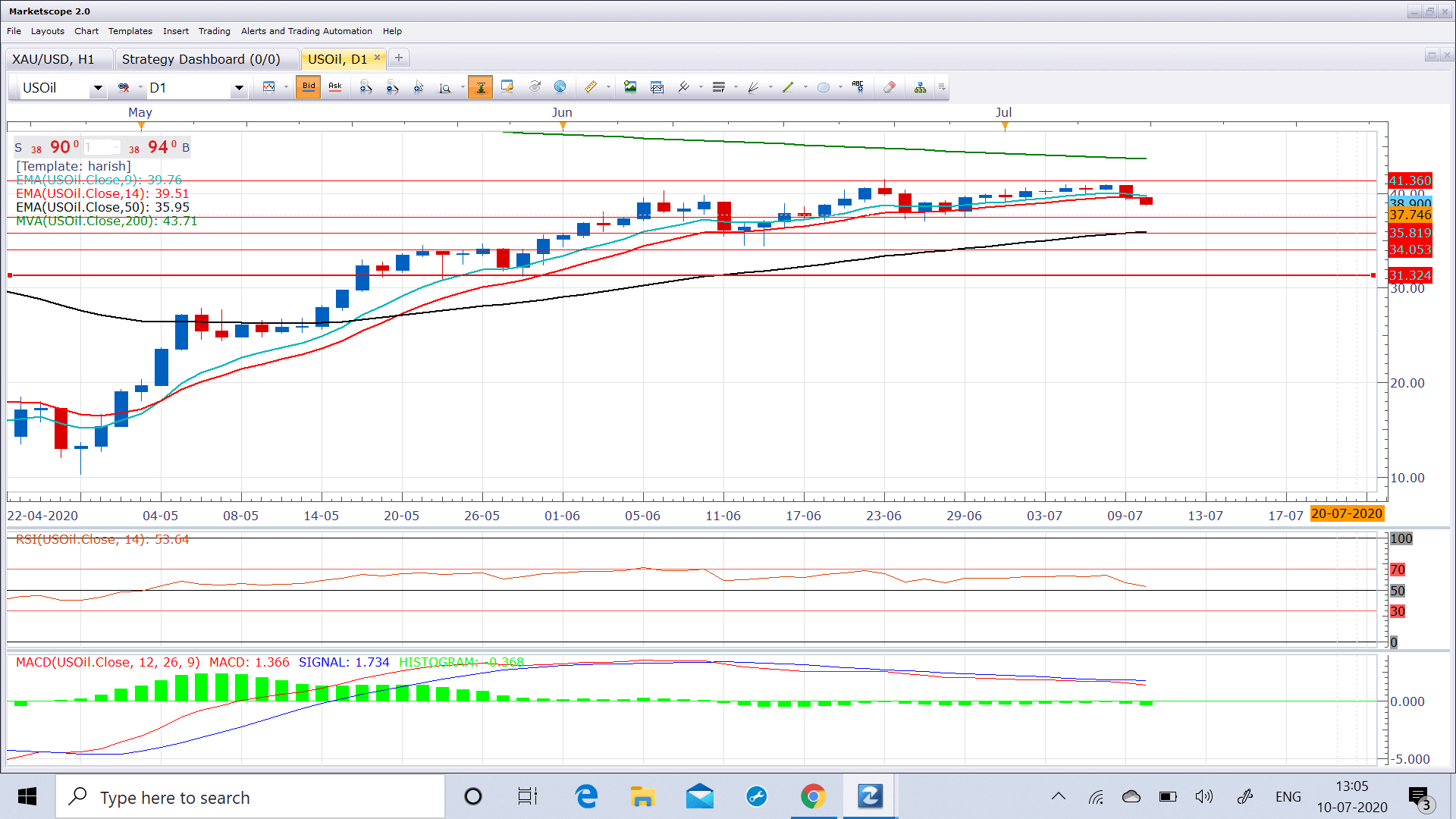