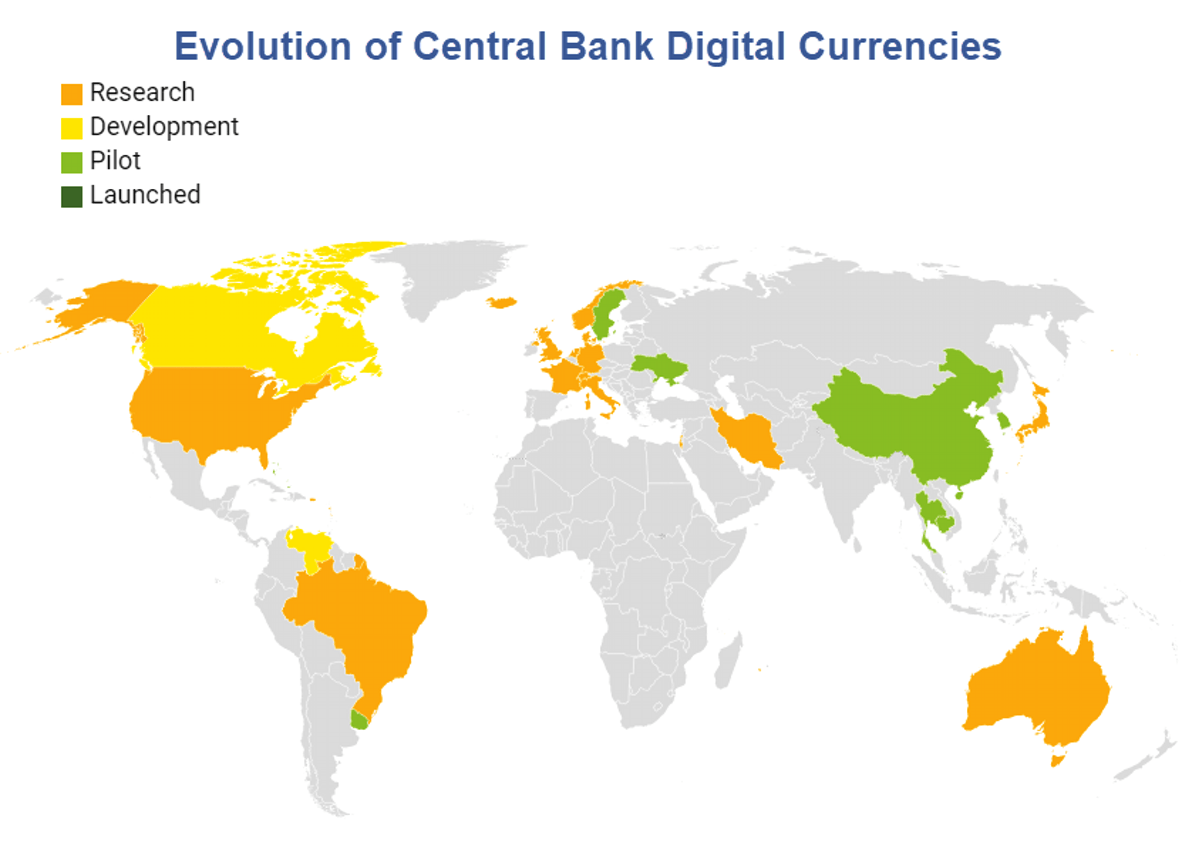 Six countries have digital currency pilot programs in place. Canada is in development mode while the US lags.

Nearly 80% of central banks are engaged in work related to national digital currencies, according to a 2020 Bank of International Settlements survey.

Last month, China announced a pilot project of its digital Yuan in four cities. This month, the US is considering implementing a digital dollar. 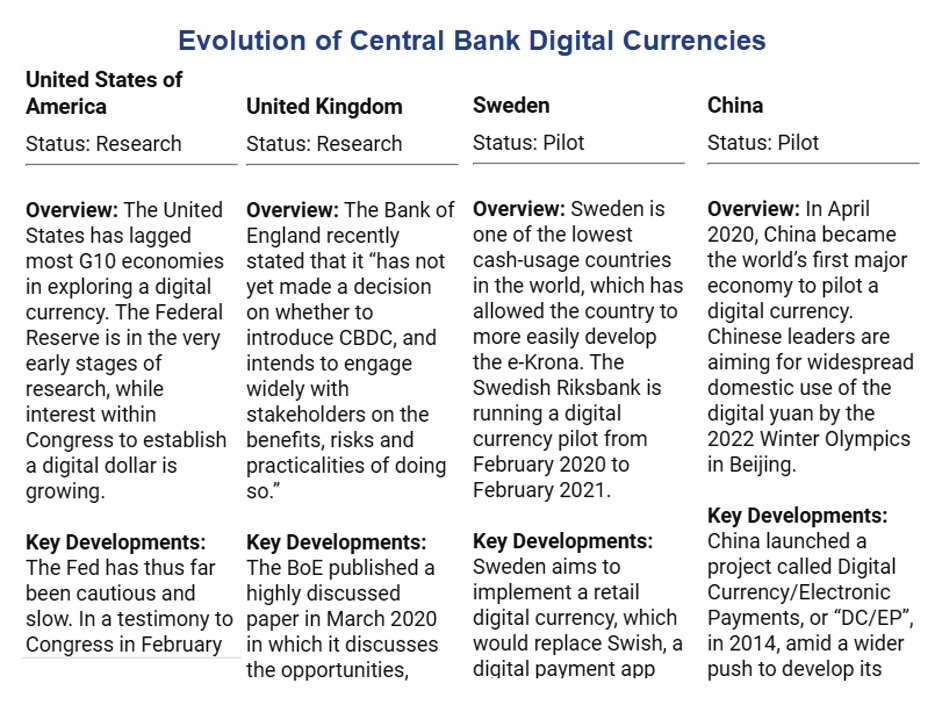 There are advantages to digital currencies especially in terms of payments.

But the push for digital currencies is also nefarious. Once cash is banned, governments can and will track every penny of every person 100% of the time.

And I  do expect a ban on cash, starting with Sweden.

Once in place, digital currencies open up new avenues of control especially in regards to negative interest rates and wealth taxes.