Johnson faces huge problems as the so-called ‘Partygate’ scandal angered lawmakers and soured the mood in his Conservative Party as many questioned PM’s authority after he organized alcohol-fueled parties when Britain was under strict lockdowns in attempts to bring the latest waves of coronavirus under control.

The scandal showed the depth of anger within the Conservative Party, but it could be also a top of an iceberg, and Johnson is also heavily criticized by the party’s lawmakers for not having a longer-term plan while skyrocketing prices on soaring inflation hit households and risk of the economy sliding into recession is rising.

At least 180 of 359 Conservative lawmakers need to against Johnson to remove him, as many from the party share the opinion that the main question is when and not if.

On the other side, the voters will face a sort consequences and possible crisis if they vote against Johnson, due to the lack of an obvious successor, as a number of names of potential successors has been already listed.

The vote is due later today and the results are to be released shortly after.

The pound could take a hit if lawmakers vote to remove Johnson, as the decision would add to persisting uncertainty that would partially offset positive tone on hawkish BoE, while it may reduce still existing downside risk if Johnson wins the vote and stay afloat on expectations for more aggressive rate hikes, however, darkening economic outlook would weigh on the overall mood. 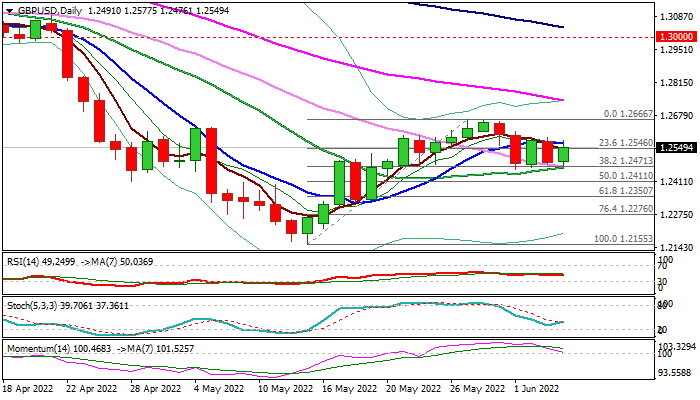