Summary: The Canadian Loonie finished as best performing major after the Bank of Canada announced that it would end its weekly purchases of government bonds and signalled it could hike rates sooner than it thought.  The BoC stirred up FX markets, which saw a burst of volatility before steadying. USD/CAD plunged to an overnight low at 1.2300 from a 1.2387 open yesterday, before bouncing to settle at 1.2360 in late New York. Earlier in the day, the Australian Dollar (AUD/USD) jumped to 0.7536 after Australia’s Q3 Trimmed Mean CPI climbed 0.7%, higher than median expectations at 0.5%. At the close of trading in New York, the Aussie (AUD/USD) eased to 0.7518 (0.7505 yesterday). The Kiwi (NZD/USD edged up to 0.7172 from 0.7163. The Dollar Index (USD/DXY), which measures the value of the Greenback against a basket of 6 major currencies, dipped to 93.88 from 93.93 yesterday. Ahead of today’s ECB policy meeting, the Euro finished flat at 1.1600. Sterling (GBP/USD) gradually lost ground against the US Dollar, settling at 1.3737 (1.3762). UK Chancellor Sunak unveiled the UK budget which according to market, amounted to little. The Greenback was lower against the Japanese Yen, settling at 113.85 from 114.13 yesterday. Against the Asian and Emerging Market currencies, the Dollar saw modest gains. USD/SGD (US Dollar-Singapore Dollar) closed at 1.3487 (1.3475) while USD/THB (US Dollar-Thai Baht) was last at 33.30 (33.22 yesterday. The Greenback rallied against the Chinese Offshore Yuan (USD/CNH) to 6.3940 from 6.3775.
In the Treasury markets, the US 10-year bond yield tumbled 7 basis points to 1.54% while Japan’s 10-year JGB rate was last at 0.09% from 0.10%. Germany’s 10-year Bund yield fell 6 basis points to -0.18% (-0.12%). Two-year US Treasury bond rates though climbed to 0.50% from 0.45% yesterday. The sharp narrowing of the 2-year vs 10-year US bond yield spread indicative of heightened expectations of a Fed rate hike next year.

Among data released yesterday, New Zealand’s Trade Deficit rose to -NZD 2.171 billion from -NZD 2.139 billion. Australia’s Headline Q3 CPI printed at 0.8%, unchanged from the previous 0.8%, matching forecasts at 0.8%. The Australian Q3 Trimmed Mean CPI, which is the RBA’s preferred measure of inflation, rose to 0.7% from 0.5% (q/q) and at an annual 2.1% from 1.6%, higher than estimates of 1.8%. Germany’s GFK Consumer Confidence Index climbed to 0.9% from a previous 0.3%. Switzerland’s Economic Sentiment Index for October eased to 15.6 from 25.7 in September, but bettering forecasts at 8.7. US September Headline Durable Goods Orders eased to -0.4% from 1.8%, but higher than estimates at -1.1%. September Core Durable Goods Orders were flat at 0.4%. The Bank of Canada kept its Overnight rate unchanged at 0.25%.

Trading Perspective: Today is just another day for you and me in the FX markets. The BOJ and ECB interest policy meetings will generate more interest as global central banks begin their tapering process. The next step is raising rates, and the question is, who goes first, and to what extent. What this all means is that we can expect FX volatility to pick up. Happy days!
FX traders would be wise to keep an eye on the bond markets. For now, it’s all about interest rates, yield differentials and curves. 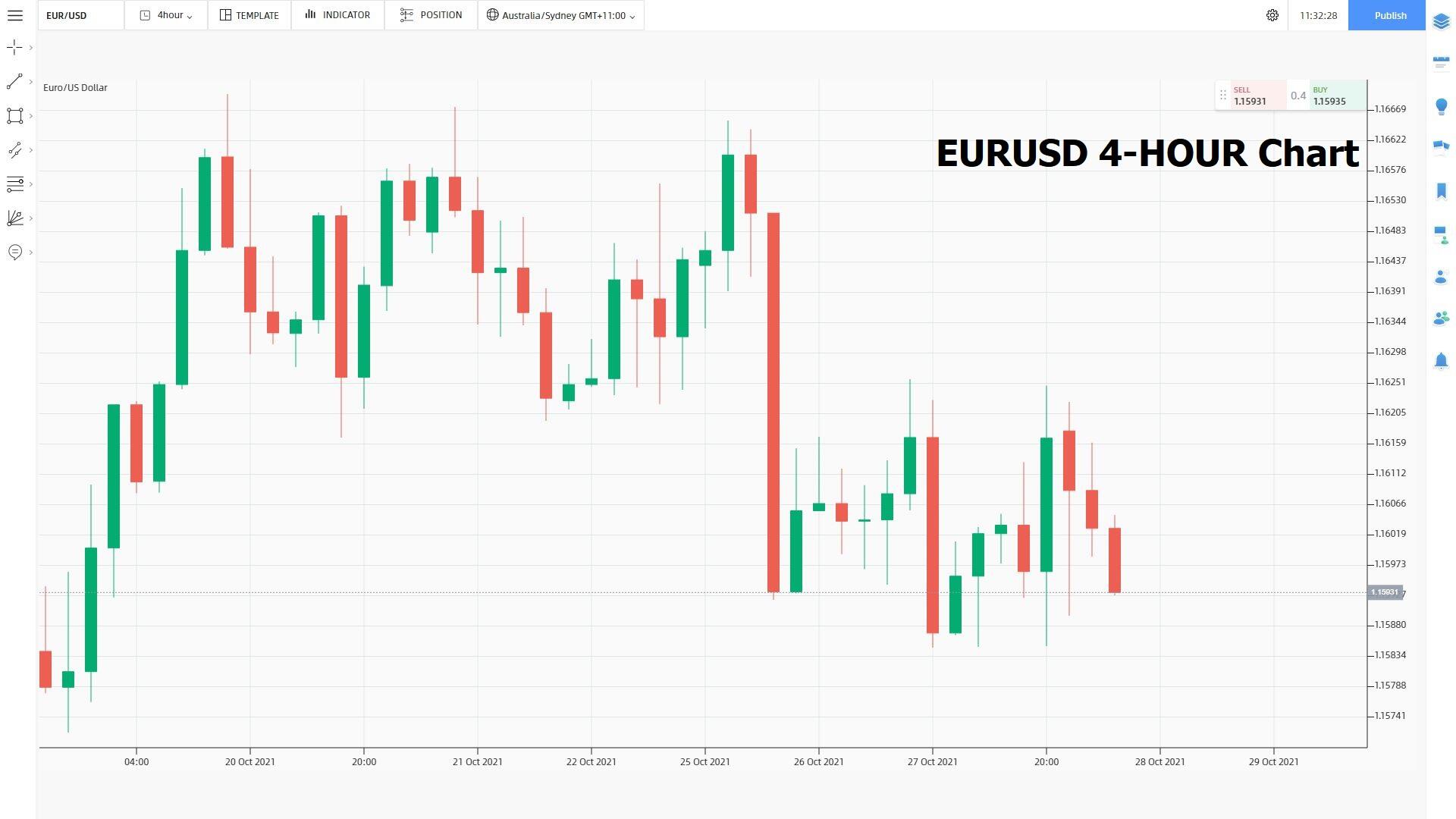