The euro struggled for direction today even after the strong composite and services PMI numbers from Europe. According to Markit, the Eurozone services PMI increased from 45.7 in February to 49.6 in March as more businesses reopened. This increase was better than the median estimate of 48.8. The composite PMI increased from 48.8 to 53.2 helped by the strong manufacturing sector. In Germany, the services PMI rose to 51.5, crossing the expansion zone of 50 for the first time in three months. In France, the PMI rose to 48.2 from the previous 47.0. Still, there are concerns that the eurozone will be left behind because of the slow rollout of vaccination in the bloc.

Global stocks wavered today as investors continued to focus on the proposed $2.3 trillion infrastructure package. In the United States, the Dow Jones index futures rose slightly to $33,327 while the Nasdaq 100 index rose to $13,574. This happened even as the volume of shares traded in the US declined yesterday. In total, the volume fell below 10 billion for the first time this year. Also, the ten-year yield declined to 1.64%, which is substantially below this week’s high of 1.72%. In Europe, the DAX index, FTSE 100, and CAC 40 indices rose by more than 0.10%.

The British pound was little changed today even after the relatively disappointing UK services PMI number. The PMI declined from 56.8 in February to 56.3 in March. This helped drag the composite PMI from 56.6 to 56.4 in March. Still, analysts are optimistic that the successful rollout of the vaccine will boost the important services sector. That’s because many services companies like hotels, restaurants, and movie theatres will soon start reopening. A key point of concern is that many conservative lawmakers oppose the so-called vaccine passports that have been proposed by the government.

The EUR/USD has been in a strong upward trend this week. Today, it reached a high of 1.1885, which is the highest it has been since March 23. On the four-hour chart, the moving averages have formed a bullish crossover pattern. It is also slightly above the Ichimoku cloud while the signal and histogram of the MACD have continued to rise. Therefore, while the pair may keep rising, there are concerns of a reversal since the price has reached a key resistance level on the daily chart. 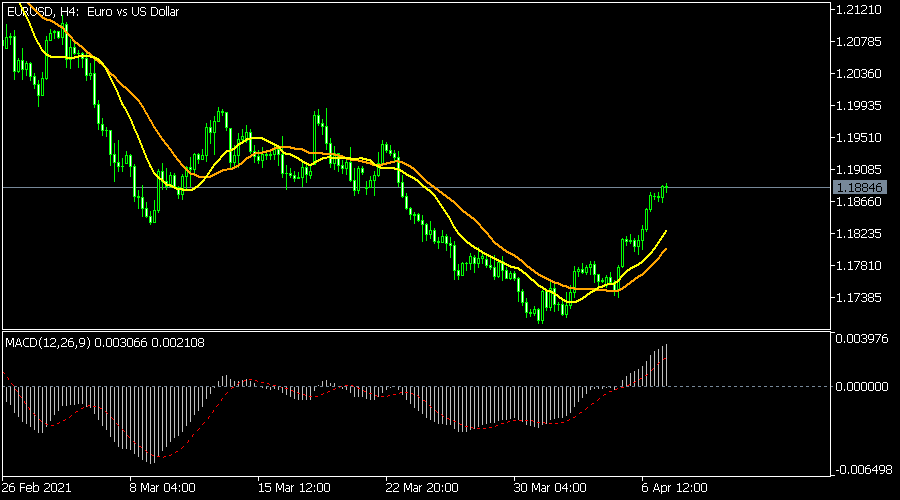 The USD/JPY pair consolidated ahead of the FOMC minutes that will come out later today. It is trading at 109.80, which is slightly above this week’s low of 109.57. On the four-hour chart, the 25-day and 15-day moving averages have made a bearish crossover while the signal and histogram of the MACD have moved below the neutral level. It has also crossed the ascending trendline. Therefore, the pair may keep falling as bears target the next key support at 109.00. 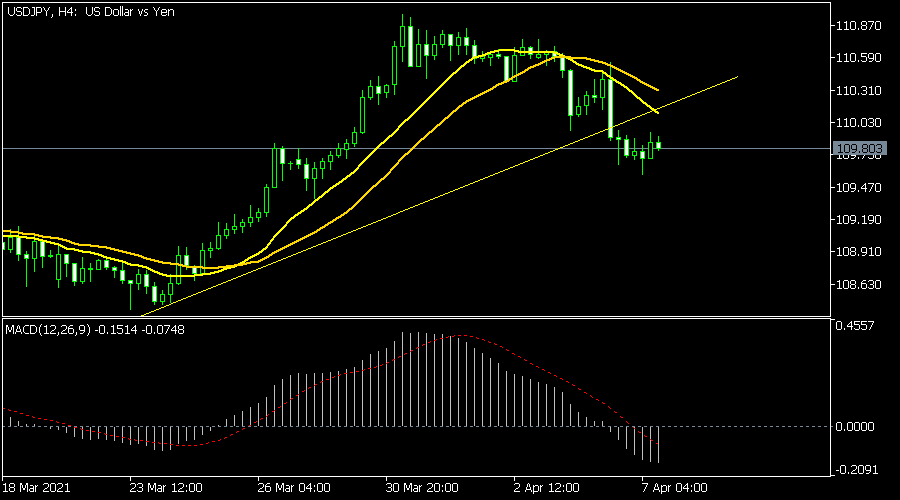 The BTC/USD moved below a key support level as the recent momentum on Bitcoin faded. The pair dropped below 57,217, where it had struggled to move below recently. On the hourly chart, it has moved below the short and longer-term moving averages while the RSI has also turned lower. The pair may keep dropping as traders target the next key support at 56,000. 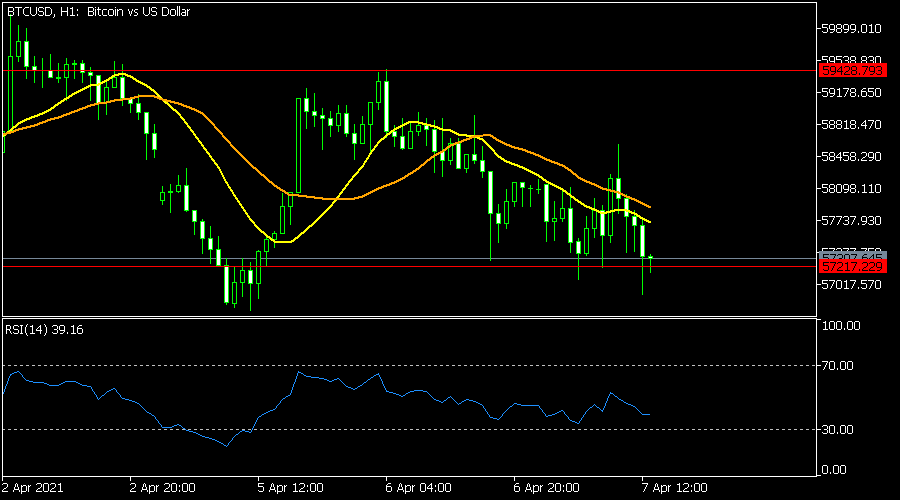