Are people paying their bills on time? Thanks to Covid regulations, there is no way to tell.

Businesses are not allowed to report to the credit agencies who is in mortgage, credit card, or auto loan forbearance plans.

So how do banks decide who is a good credit risk when they are Flying Blind?

“Without accurate information, their only option is to pull back on credit,” said Michael Abbott, head of banking for North America at consulting firm Accenture PLC. “Banks don’t know who is going to pay and who isn’t. It’s like flying blind into a credit storm.”

Banks started tightening their underwriting standards in March, when the first wave of coronavirus layoffs began.

By early April, 33% of banks that responded to the Federal Reserve’s senior loan officer survey said they had increased their minimum credit-score requirements for credit cards over the previous three months, up from 14% in January. Bank respondents tightened lending standards for all consumer-loan categories tracked by the survey.

Some lenders pay for phone data to see who is calling the unemployment office. Other lenders are using natural disaster codes instead of late payment codes.

TransUnion is selling data on deferrals but supposedly it is against the law for lenders to use it.

Fair Isaac is rolling out a new index to inform lenders how likely the applicant is to withstand financial difficulties during the downturn.

absolutely. as we hinted in past, lower mortgage approval rates. So need to take lending applications (MBA) with large pinch of salt. pic.twitter.com/ljHfD8blFx

At Least 20 Million Out of Work 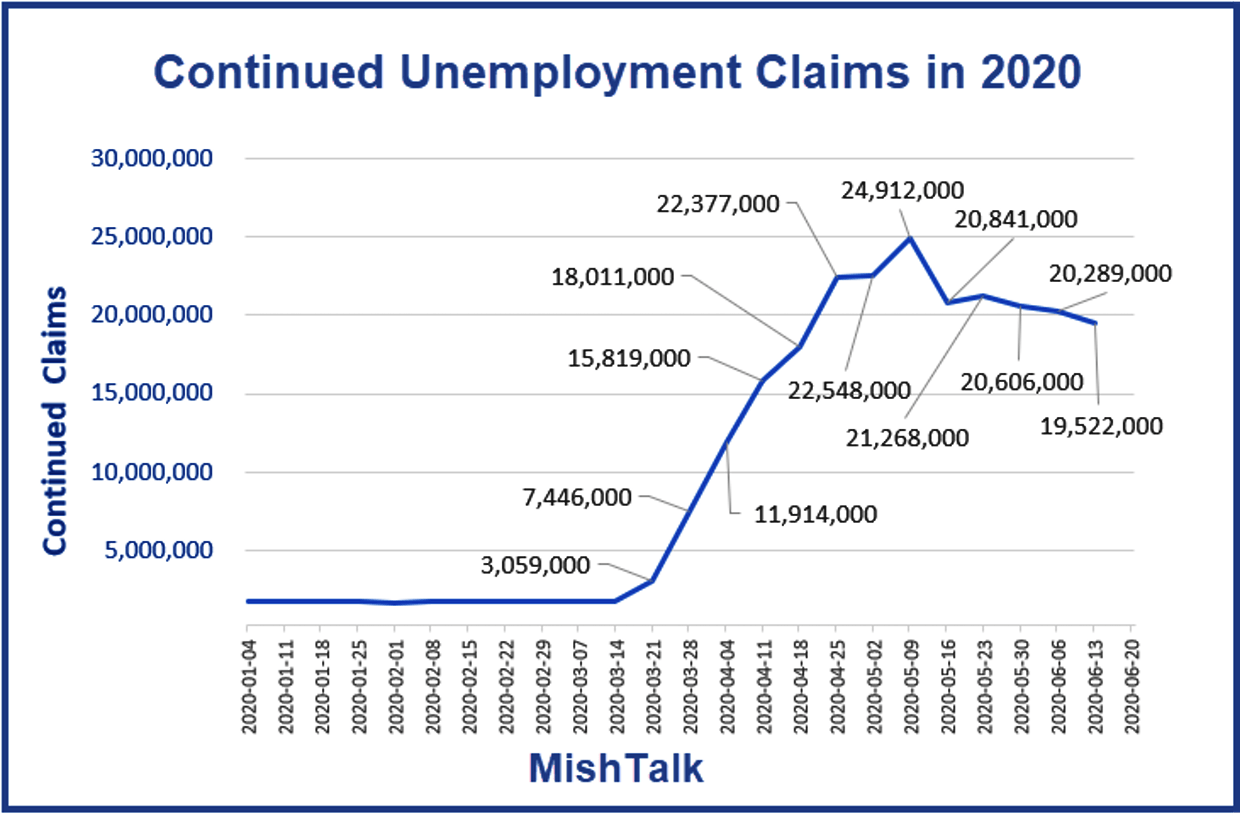 There are close to 20 million unemployment claims a the state level. That does not count perhaps as many as another 10 million in federal payment protection programs.

Mortgage Forbearance On the Rise

These loans are not reported to credit agencies as delinquencies.

For details, please see Mortgage Forbearances Rise for the First Time in 3 Weeks

Since banks have no idea who is paying the bills, they have curtailed credit.

Meanwhile, reopenings are in reverse in several place including Arizona, Texas, and Florida.

The only solution is more free money.

In case you missed it, please see More Gold Hype: No Escape for Shorts