A shot in the arm from vaccines and a second one from the Bank of England? That is what sterling bulls may have in mind ahead of "Super Thursday" – when the BOE publishes its quarterly report in addition to announcing its rate decision.

Since the bank last released its Monetary Policy Report in February, the outlook has significantly improved. Most importantly, the UK's vaccination scheme has been at full speed, surpassing half of the population. It has already pushed COVID-19 cases, hospitalizations and deaths considerably lower – and also allowed the government to ease its restrictions. 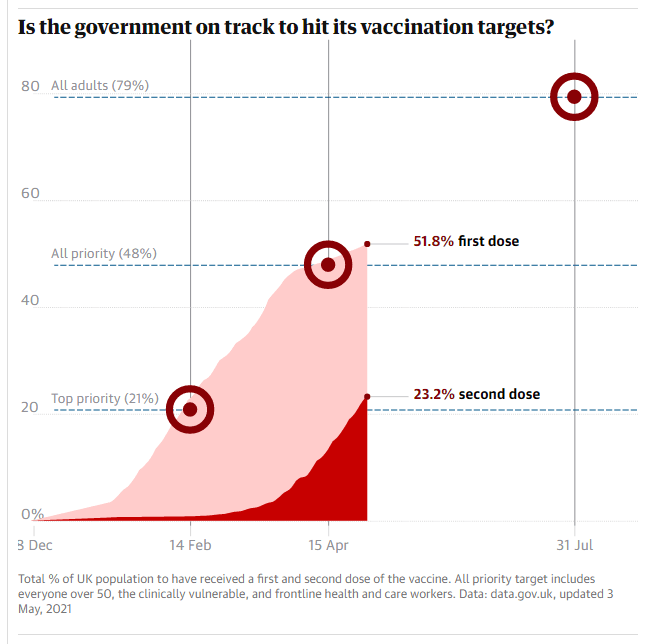 Moreover, Gross Domestic Product figures for January and February beat estimates, showing that the economy withstood the harshest months of the full lockdown. In March, the US Congress approved a $1.9 trillion covid relief package – above the BOE's estimates of $1 trillion – that boosted the economy. US President Joe Biden aims for $4 trillion more in spending.

All that is pointing to some tightening from "The Old Lady" as the BOE is also known. The bank would probably signal an unwinding of its bond-buying scheme before considering raising rates. The Asset Purchase Facility (APF) ballooned to a total of £895 billion after the crisis, more than double the £435 billion it had been at prior to March 2020.

Any signal that the London-based institution is on course to embark on the long and winding road to squeeze its balance sheet could boost the pound. Fewer pounds printed and more confidence conveyed is good news for the current and for the British economy. Will any member of the BOE vote in May to begin the process? That would serve as a signal that tapering is coming in June.

On the other hand, there are three reasons to expect sterling to fall.

The Bank of Canada was the first out of the gate to announce it will buy fewer bonds – a fast vaccination campaign and strong demand from the US prompted Ottawa to act. However, the Federal Reserve continues characterizing rising inflation as transitory and only due to base effects and bottlenecks. The Fed will not taper despite rising prices.

In the UK, inflation is far off the BOE's 2% target – and even out of its wider 1-3% band. The latest figures for March came out at 0.7% yearly – compared to 2.6% in the US. Why should the bank run to slow the recovery when prices are far from moving?

2) Good news is priced in

Sterling stood out earlier in the spring when Britain's vaccination campaign was the quickest among large countries. However, the US and also European countries are catching up quickly with immunization, eroding the UK's health and economic advantage. The British economy is set to shine – but that is not so special and is mostly in the price.

The BOE's upgraded growth forecasts would merely catch up with what market participants and economists already know – giving no additional advantage to the pound against the dollar nor the euro.

While the BOE announces its decision in midday on Thursday in London, polls are open in local and regional elections across the country. Several mayoral races serve as a barometer for the popularity of Prime Minister Boris Johnson, who has recently been embroiled in scandal.

More importantly, elections in Scotland could reopen independence strive, especially if the Scottish National Party wins an absolute majority as polls show. Certainty about a vaccine-led recovery will, thus, be overshadowed by uncertainty over election results. That could keep sterling in check. 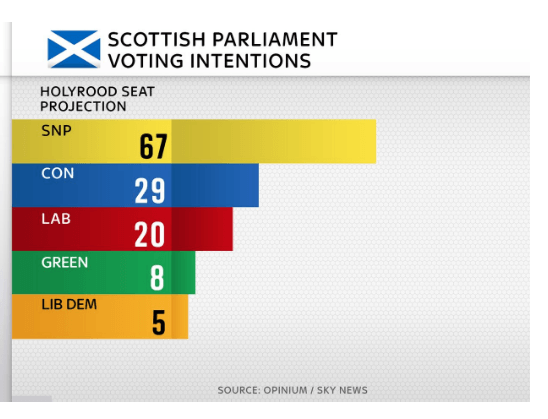 A survey by Opinium shows the SNP winning 67 seats, more than half the 129-strong chamber: Results will be known only early on Friday.

While the BOE is set to paint a rosier picture of the British economy, the pound is poorly positioned and may fall in the aftermath.