AUDUSD has completely reversed its mid-June bullish move to trade at the bottom of its broad downtrend and marginally above the familiar support zone of 0.6850.

The falling simple moving averages (SMAs) are signaling a continuation of the long-term negative trend after a short period of consolidation, though the momentum indicators are rather directionless, with the RSI moving sideways below its 50 neutral mark and the MACD stabilizing its decline slightly below its red signal line.

In the event the price tumbles below the 0.6850 floor, the strong support line drawn from 0.7105 (August 2021) could be an ideal place for a rebound around 0.6770. A clear close below that bar could intensify selling pressures towards the 0.6660 barricade, which had been strongly rejecting upside and downside moves during the 2019 – 2020 period. If that collapses as well, the pair could next visit the 0.6535 mark from May 2020.

In the bullish scenario, where the 0.6850 base keeps a strong footing under the price, the pair may attempt to crawl above last week’s resistance of 0.6993. The 20-day SMA is currently intersecting that barrier, while not far above, the 23.6% Fibonacci retracement of April’s downfall and the tentative descending trendline that is seen at 0.7024 may block the way towards the 0.7100 – 0.7145 zone. Should buying forces dominate from here, the spotlight will immediately turn to the 200-day SMA and the long-term constraining line from the 2021 top of 0.8000 currently sitting around the 61.8% Fibonacci of 0.7260.

Summarizing, AUDUSD is on the verge of an outlook deterioration as the price is testing the bottom of its long-term downtrend. A decisive step below 0.6850 is expected to trigger the next bearish action, while a fast rally above the 0.7024 area is required to bring buyers into play. 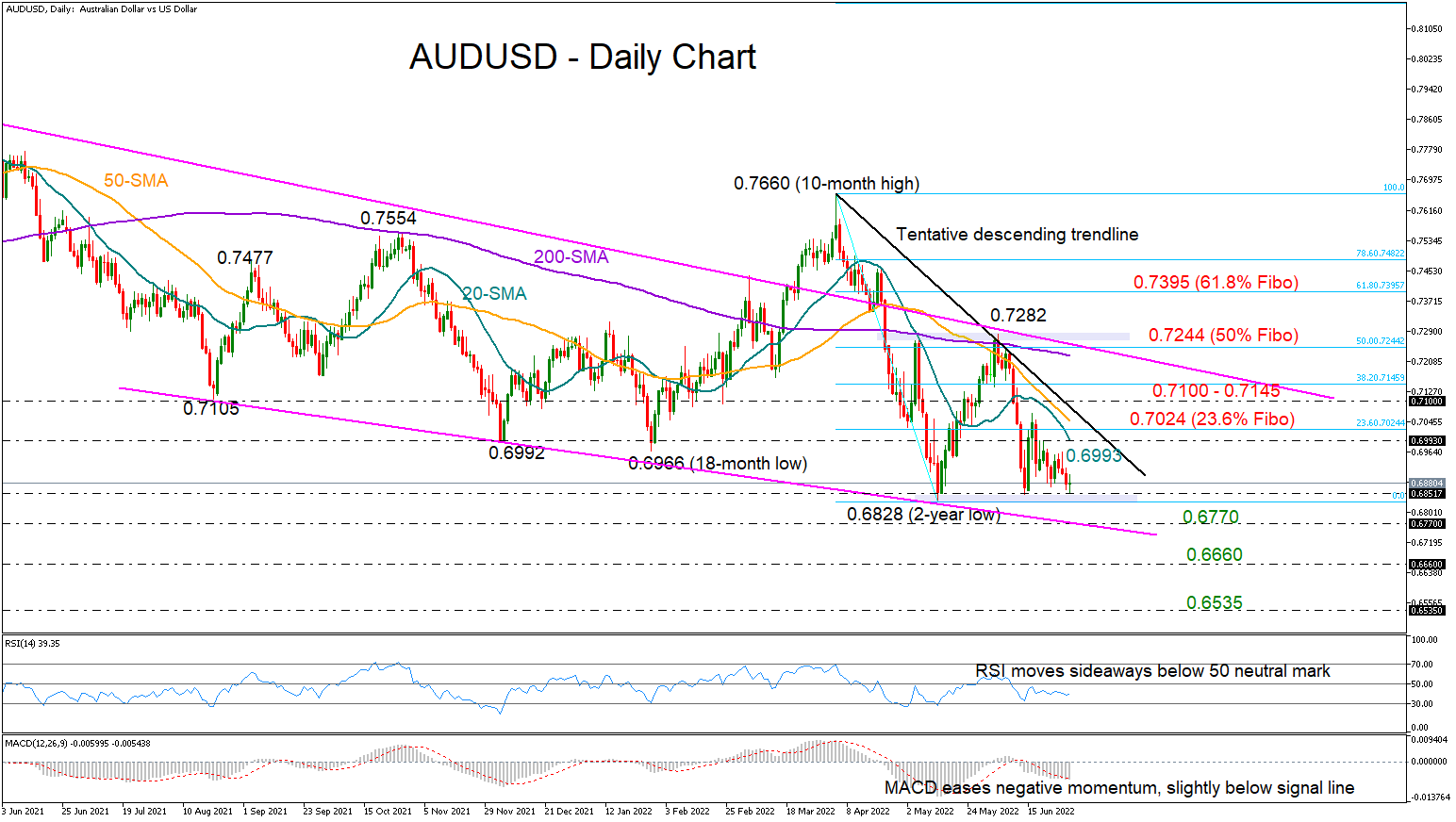