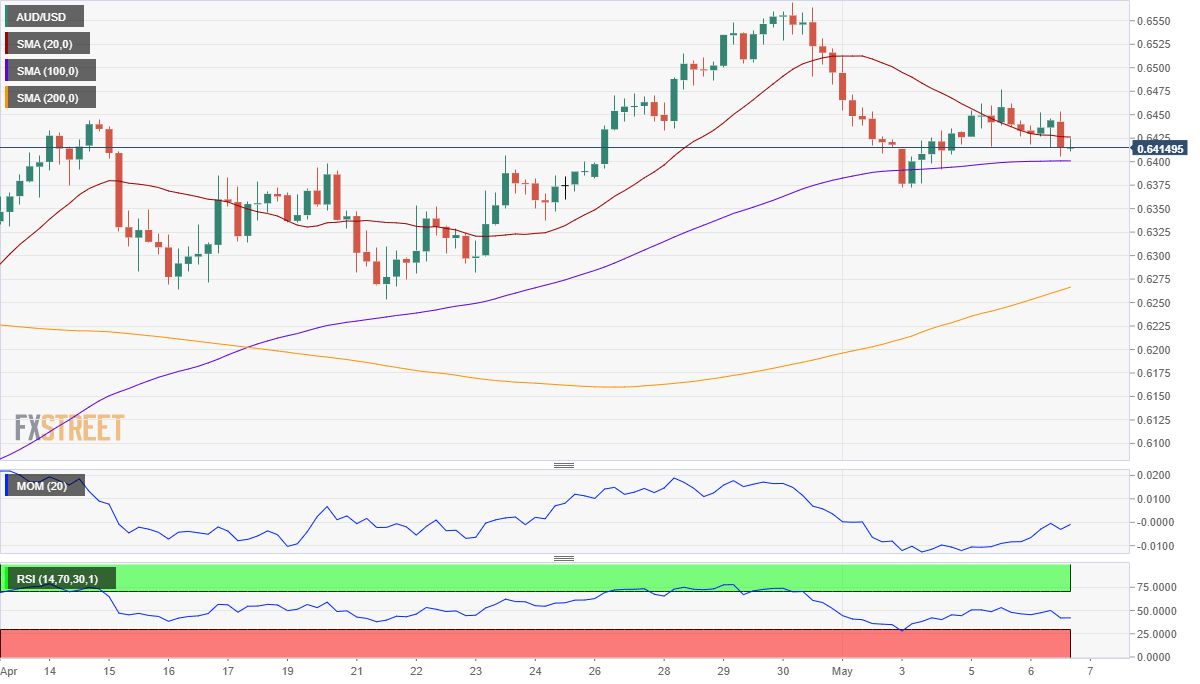 The AUD/USD pair is unchanged for a third consecutive week, as despite some intraday volatility it has closed around the current level ever since the week started. Bulls were nowhere to be found, despite Australian data came in better than anticipated. According to the official release, Retail Sales in the country were up by 8.5% MoM in March, beating the market’s forecast of 8.2%.  The sour tone of equities and falling commodities’ prices capped the upside for the Aussie.

The AUD/USD pair holds above 0.6400, maintaining a neutral-to-bullish stance in the short-term. The 4-hour chart shows that it hovers around its 20 SMA while above the larger ones, as technical indicators hover directionless around their mid-lines. The potential of a downward move is limited as long as the pair remains above 0.6370 a strong static support level.