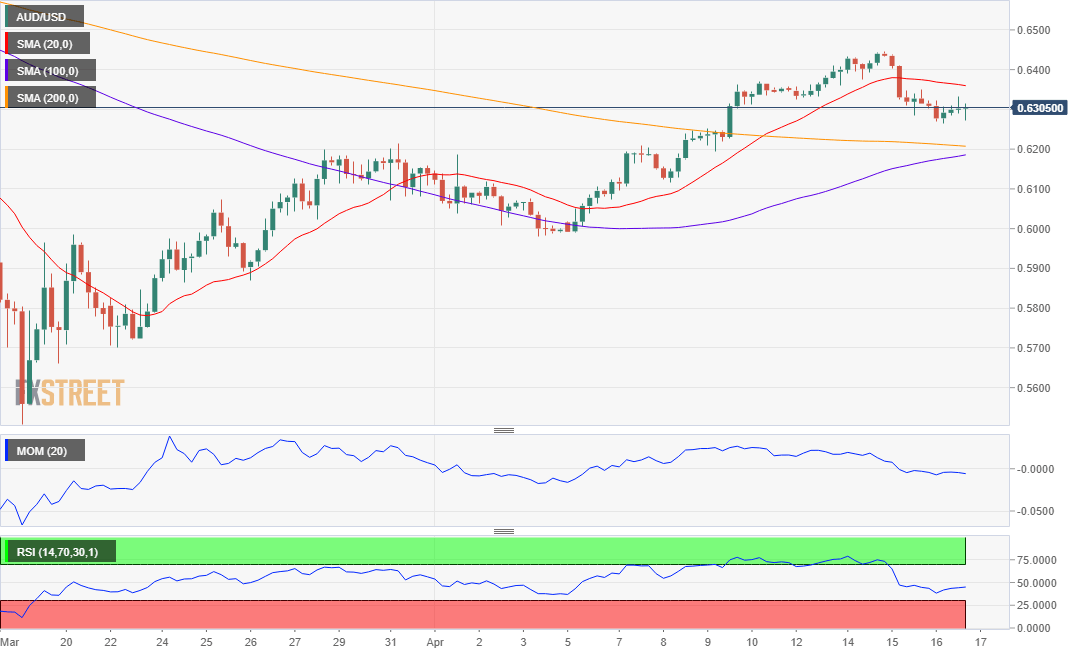 The AUD/USD pair is ending Thursday little changed at around 0.6300 after hitting a fresh weekly low of 0.6263. The sour tone of equities offset a better-than-expected Australian employment report, as the country added 5,900 new jobs in March, against expectations of a 40K drop. The participation rate increased to 66%, while the unemployment rate was up to 5.2%, much better than the 5.5% expected. The positive surprise was unable to boost the Aussie in a risk-averse environment.

Australia won’t release relevant data during the upcoming Asian session, but China is set to publish the first estimate of its Q1 GDP, expected to have declined by 6.5%.  The country will also publish March Retail Sales, seen plummeting by 10% and Industrial Production for the same month, foreseen down by 7.3%.

The AUD/USD pair offers a neutral-to-bearish technical stance in the short-term, after spending the day hovering around the current level. In the 4-hour chart, it continues to develop below a directionless 20 SMA but holding above the larger ones. Technical indicators in the mentioned time frame have settled within negative levels, without clear directional strength.