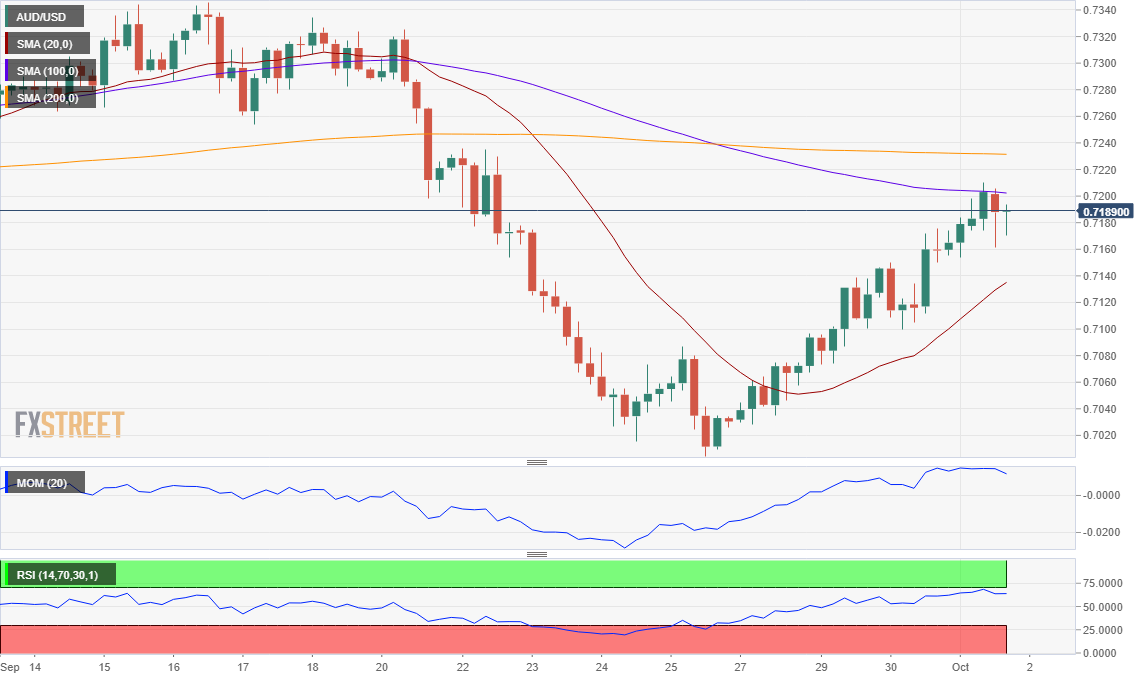 The AUD/USD pair reached a fresh weekly high of 0.7208, pulling back from the level during US trading hours to end the day with modest gains in the 0.7180 price zone. Australian data was pretty discouraging, as the AIG Performance of Manufacturing Index contracted to 46.7 in September from 49.3 in the previous month. The final version of the Commonwealth Bank Manufacturing PMI for the same month resulted in 55.4 from 55.5. The country will publish August Retail Sales foreseen at -4.2% as previously estimated.

From a technical point of view, the AUD/USD pair retains its bullish bias despite easing from intraday highs. The 4-hour chart shows that it keeps developing above a bullish 20 SMA while selling interest rejected the advance around a flat 100 SMA. Technical indicators in the meantime, are retreating from overbought readings, but holding well above their midlines. The rally could extend on a break above 0.7210, now the immediate resistance level.

Gold futures have found support right below the $1,900 area earlier today before inching up to $1,910, turning positive on daily charts. The precious metal lost ground, with the US dollar building up during the European session on Tuesday, to appreciate during the North American session with market sentiment improving moderately.