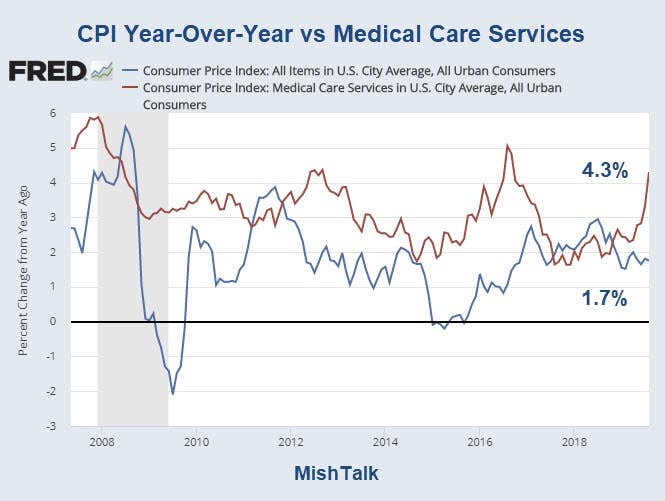 The Consumer Price Index for All Urban Consumers (CPI-U) increased 0.1 percent in August on a seasonally adjusted basis after rising 0.3 percent in July, the U.S. Bureau of Labor Statistics reported today. 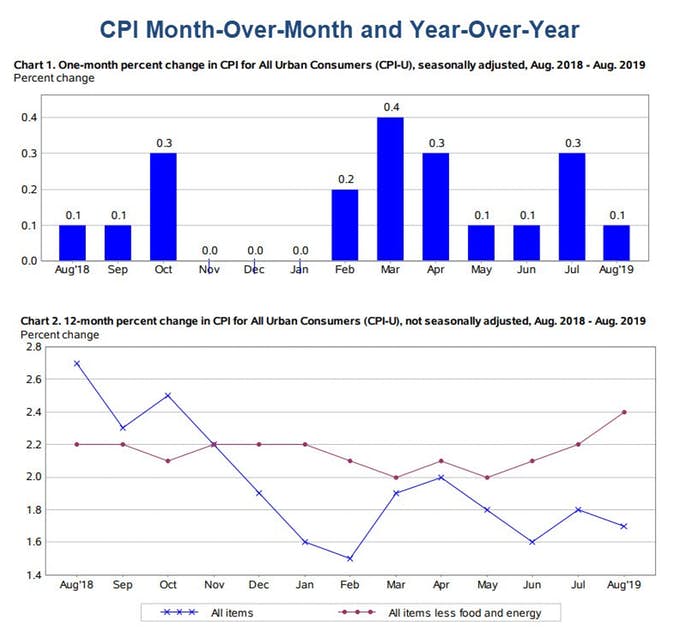 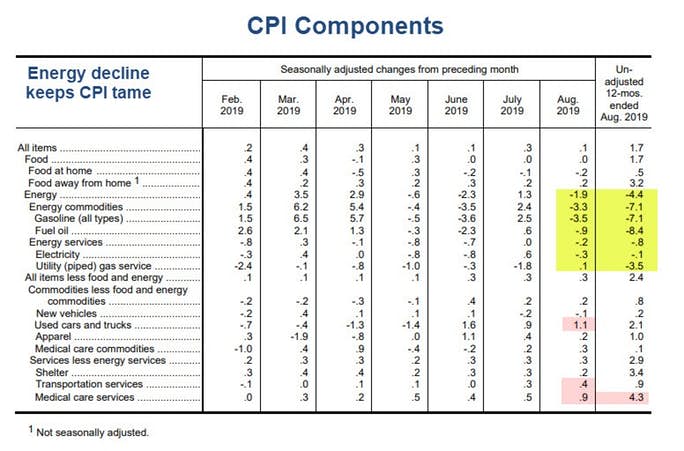 "I understand all the negative-bond chatter today because of the additional pop in the core CPI. Let me remind you that this is classic late cycle. More often than not, core inflation peaks just as the recession starts or after it has already begun."

I disagree with Rosie's assessment. If there was an energy surge I would be more inclined to accept his view. That's not at all what's happening. 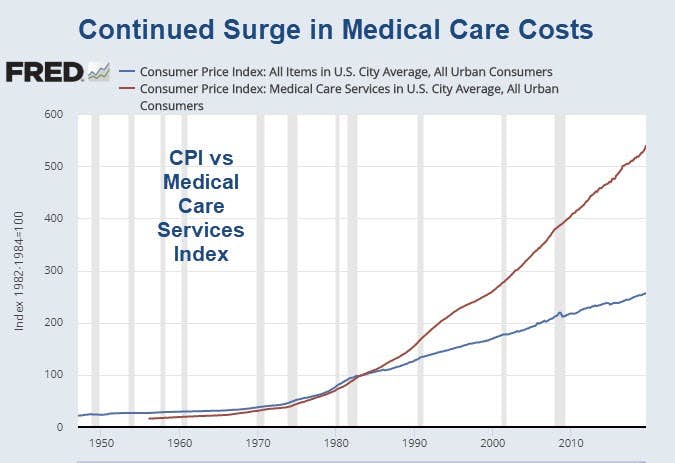 You bet. Dramatically understated in fact.

Ask any of those buying their own medical insurance how much their costs have risen. It's likely to be in the 50% to 200% range, not 4.3%.

The BLS averages that all in. The BLS also averages in the price of Medicare. But how much is the government paying doctors and hospitals?

How much costs are companies eating when they offer coverage?

Those are the real costs. The BLS just looks at the costs to the average individual, ignoring all the rest of the true costs.

Reported medical cares costs have soared even despite these huge distortions (lies if you prefer).

Eventually, the price of everything government touches soars out of control.

Assuming one ignores rising credit card usage, increasing debt, bankruptcies, suicides, and the 68% of millennials who regret not buying a home ....
then consumers are not struggling

Sure, if you ignore a whole bunch of things including bankruptcies, suicides, and rising credit card debt, consumers are OK.

39% don't have $400 for emergency expenses.
They would borrow it from friends or family, or charge it, keeping the $400 in the bank.
Supposedly, that makes the 39% figure "misleading"
WTF kind of logic is this?

Finally, here's one on the American Dream: 68% of Millennial Homeowners Regret Buying a Home