USD/JPY is under pressure and falling in a classic reversal topping pattern on the daily chart. The following illustrates the bearish bias from a weaker US dollar perspective. However, there are also prospects of a move higher from here and until the price breaks the lower bound support, the bullish daily structure remains in tact. 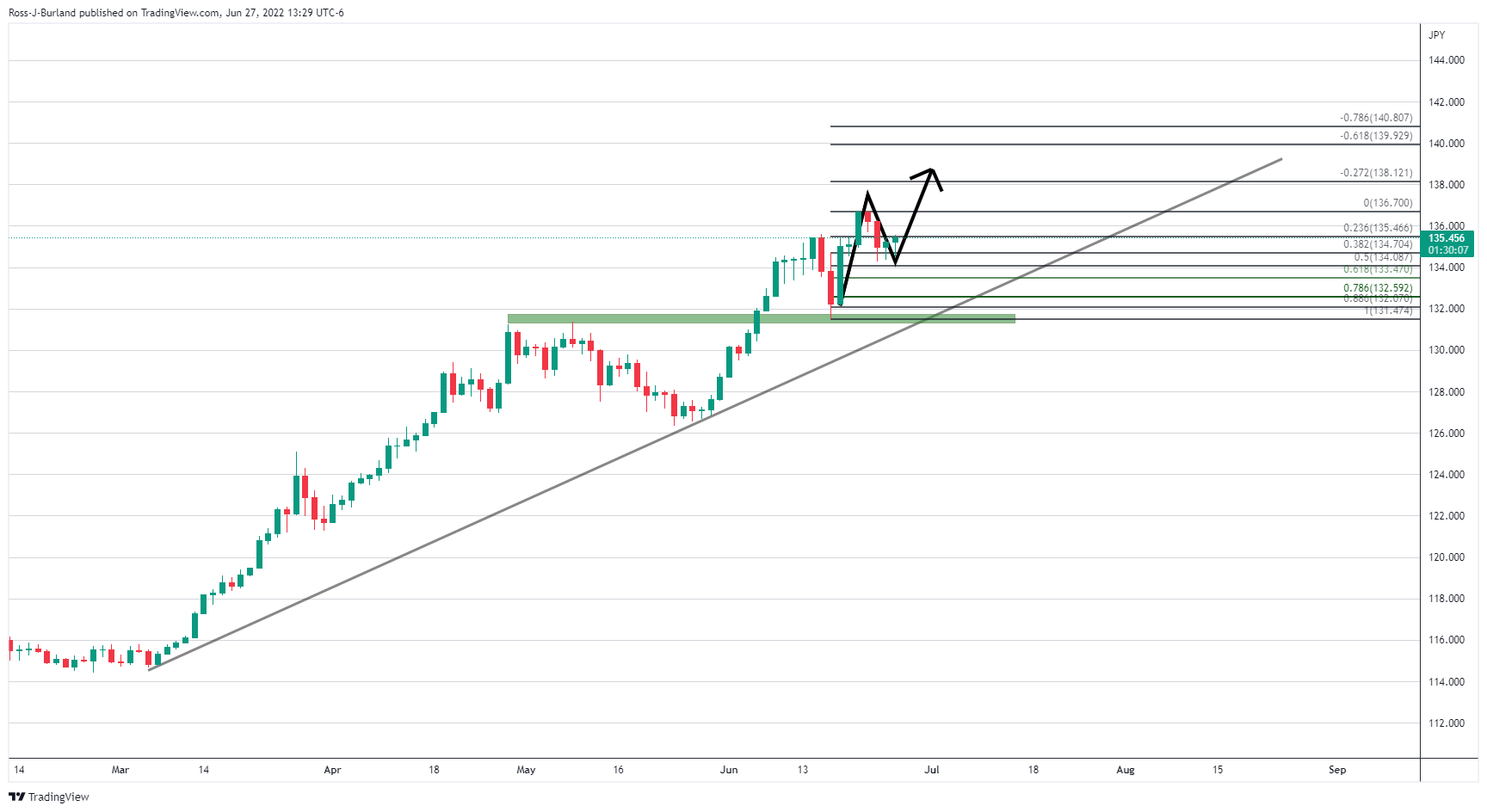 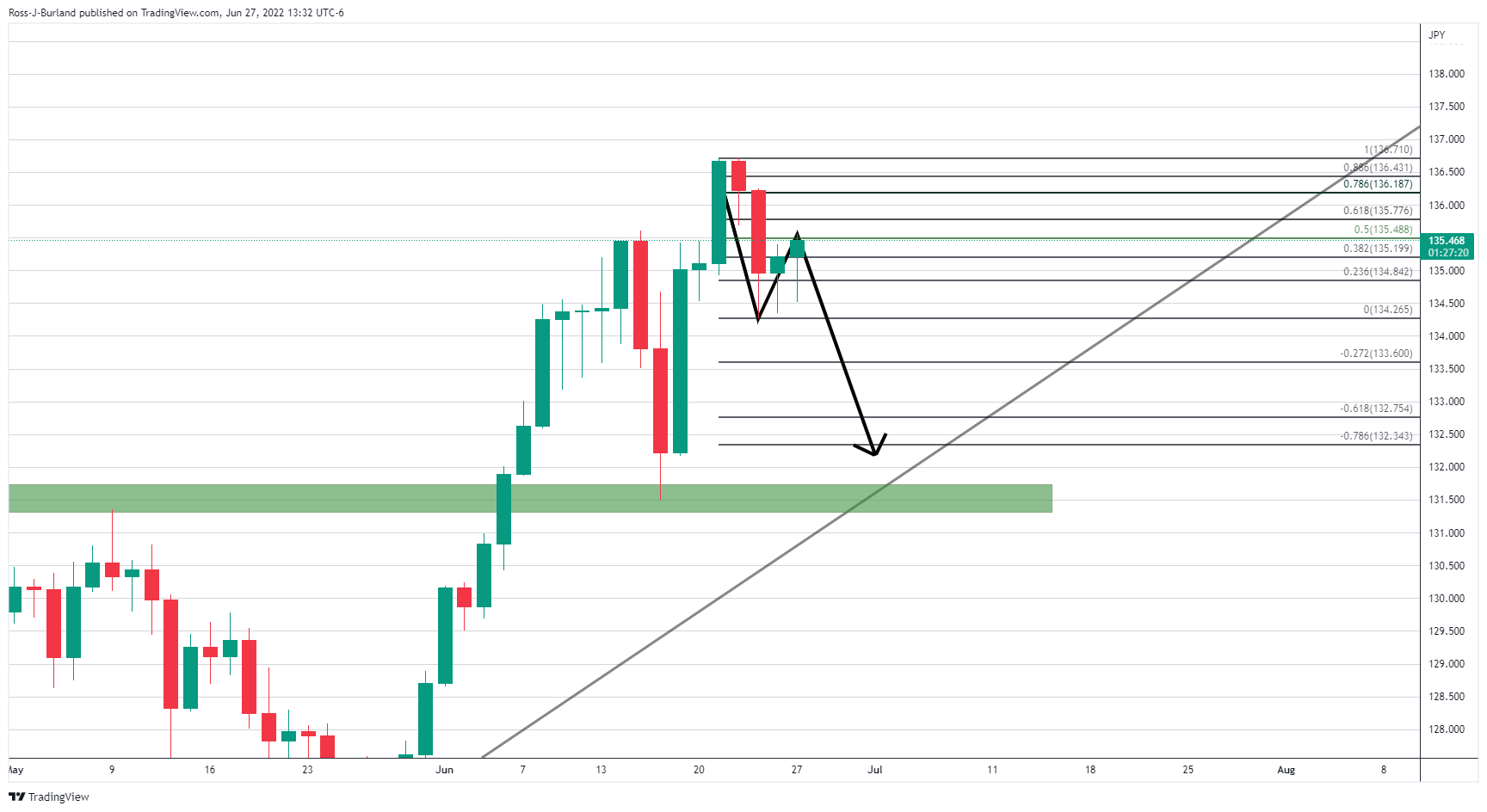 This thesis would marry up with the weakness in the US dollar, as displayed in the following DXY chart: 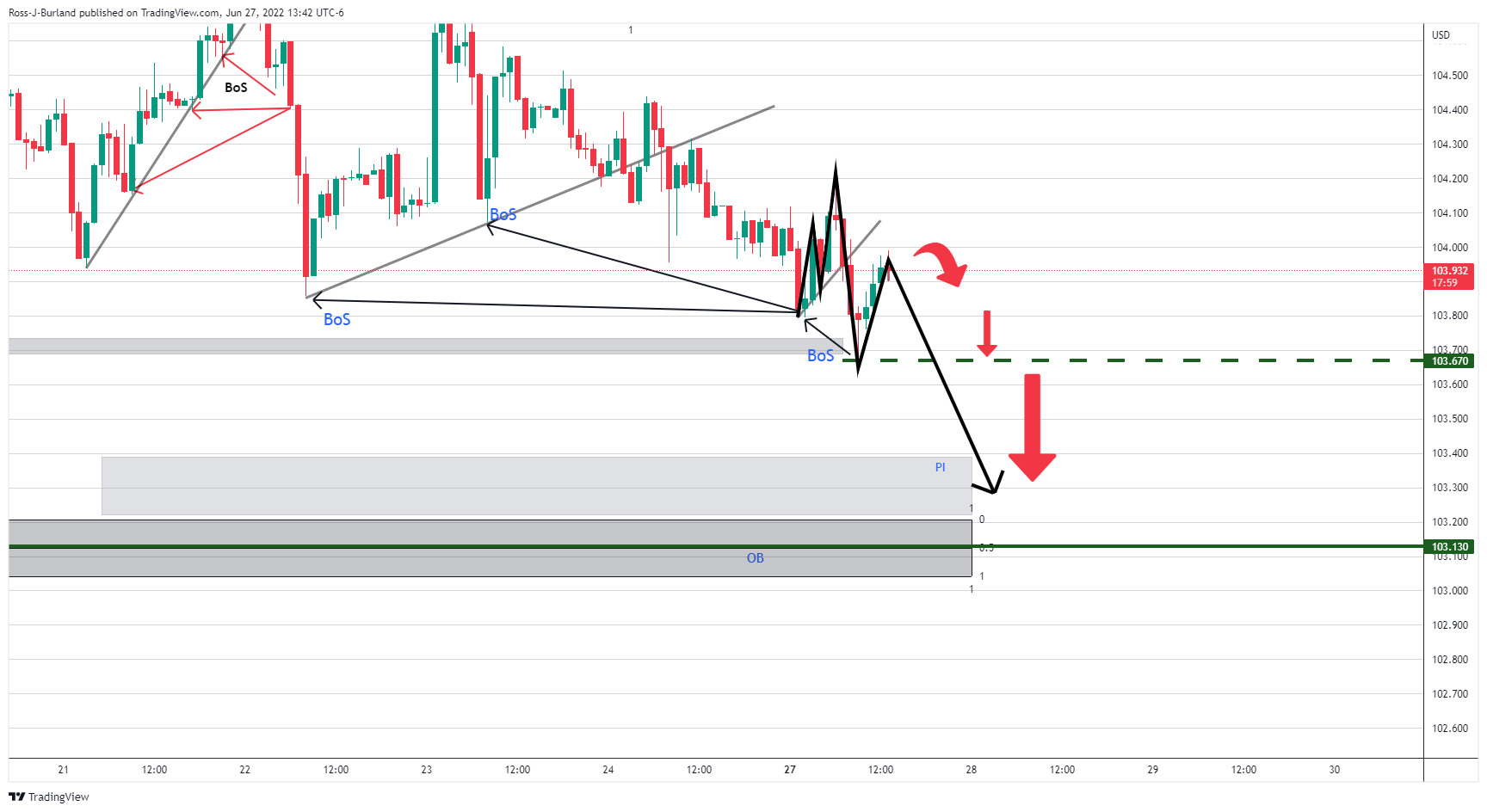 The price of the US dollar has been pressured and continues to show signs of weakness given the breaks of structures of late as per the hourly analysis above.