USD/CHF advances during the North American session, up by 0.31%, bolstered by a strong US dollar, despite a release of mixed US economic data ahead of the so-awaited Jerome Powell speech at Jackson Hole. At the time of writing, the USD/CHF is trading at 0.9662, above its 50 and 100-day EMAs.

The daily chart illustrates price action in the last couple of days as range-bound, about to form a “bearish-harami” candle pattern, which would pose downward pressure on the major. Nevertheless, the Relative Strength Index (RSI) at 58.65 exerts upward pressure on the pair, meaning that the best way to trade the USD/CHF from a daily chart perspective is to expect a break of the previous high/low and wait for a re-test of the breakout.

The 4-hour chart paints a different picture. The USD/CHF has been advancing steadily since August 11, until Tuesday, when the USD/CHF printed a negative day. Nevertheless, it’s worth noting that the day’s low pierced the 20-EMA of the 4-hour chart, stalling the major’s dive before consolidating for a re-test. Today, the USD/CHF re-tested the previously-mentioned moving average, and for the second consecutive time, USD/CHF buyers lifted prices to current price levels. 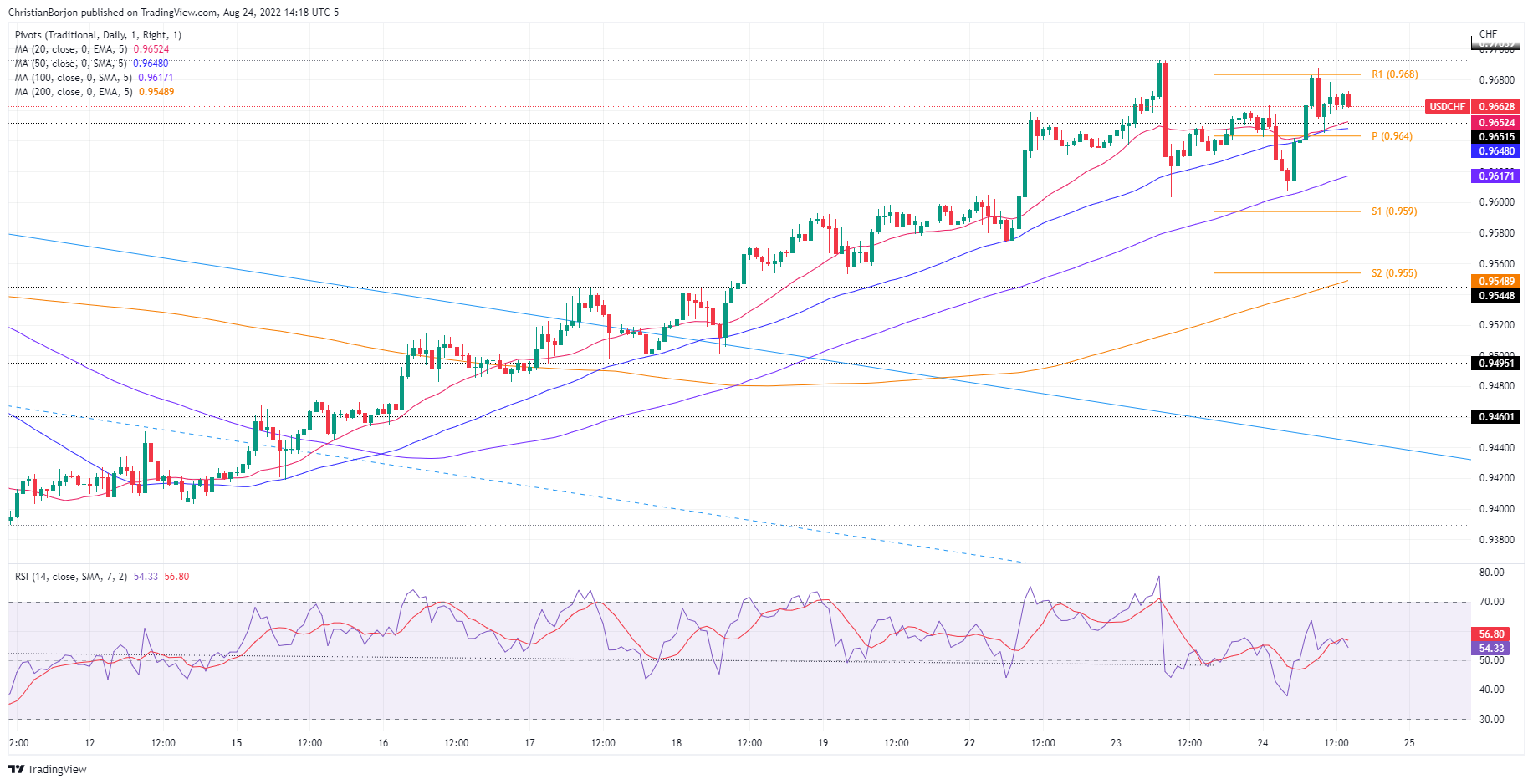