ABN AMRO analysts point out that during the opening speech at the ECB Forum on Central Banking in Sintra, ECB president Mario Draghi sounded even more dovish than during the press conference following the 6 June Governing Council meeting.

“On 6 June, Mr Draghi said that the Governing Council meeting had been characterised by ‘the readiness to act in case of adverse contingencies’, today he lowered the hurdle for action by saying that ‘the risk outlook remains tilted tot the downside’ and ‘in the absence of improvement of the outlook, additional stimulus will be required’.”

“Moreover he said that ‘in the coming weeks, the Governing Council will deliberate how our instruments can be adapted commensurate to the severity of the risk to price stability’. Mr Draghi emphasised that this applied to all instruments of the monetary policy stance and added that ‘further cuts in policy rates and mitigating measures to contain any side effects remain part of our tools’.”

“Regarding the possibility of restarting the asset purchase programme, he repeated his statement of 6 June in that ‘the APP programme still has considerable headroom’, but he now added that ‘the limits we establish on our tools are specific to the contingencies we face’ and ‘we will use all the flexibility without our mandate to fulfil our mandate’, implying that the central bank is willing to change the current conditions to its APP programme, such as the 33% issue(r) limit for its public sector bond purchases.”

“When discussing the policy target, Mr Draghi again emphasised that the ECB’s target of an inflation rate below, but close to, 2% is symmetric, mentioning that ‘this means that if we are to deliver that value of inflation in the medium term, inflation has to be above that level at some time in the future’.”

“All in all, we think Mr Draghi’s comments are in line with our view that a QE programme will be announced before the end of the year. However, we think that chances are significant that it will be coupled with a cut in the deposit rate.” 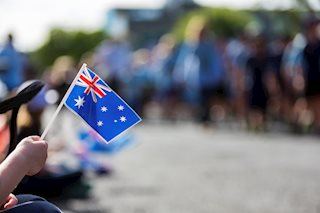